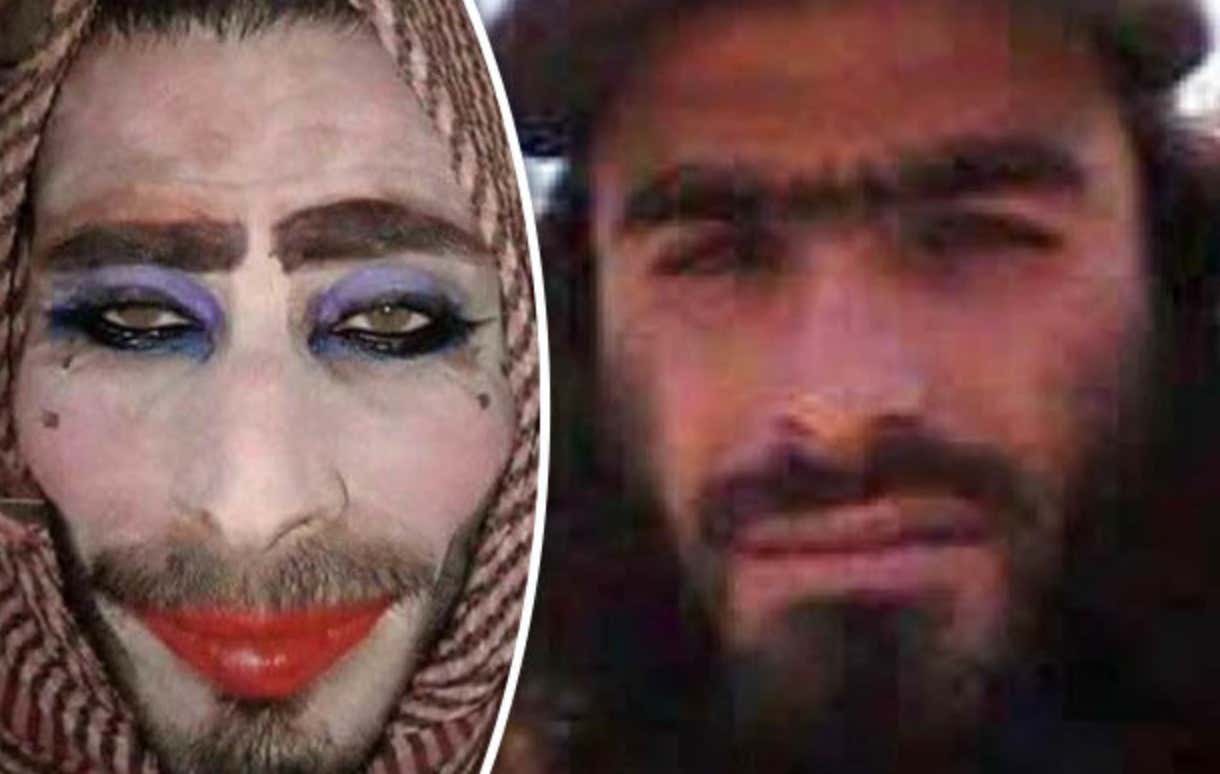 DS- The desperate jihadi dressed in drag as he tried to flee the liberated Iraqi city of Mosul. He had slapped on lipstick, plucked his eyebrows and painted his eyelids in vibrant eyeshadow. But he only trimmed his beard – keeping a moustache and goatee. Liberating troops rumbled him, and slapped him in handcuffs before snapping his mugshot. Hordes of Isis fighters are desperate to dodge capture after the city was freed from the brutal terror group. They have been resorting to all kinds of tricks to slide past the authorities and many have taken to dressing-up as women to elude detection. One painted his face with thick make-up and wore a padded bra to give himself feminine curves. But his thick carpet of chest hair was clearly visible through his vest.

You had one job! One! I kinda understand it though. Have you ever been in a situation where you think about one thing so much that you forget that one thing?  Like when you’re leaving for a long trip and you’re like, “Okay I can’t forget my house keys. It’s the one thing I need. I can buy everything else but when I get back I need to be able to get into my place” and you forget them? That’s what happened with this ISIS fighter trying to escape ISIS. He was so focused on wanting to look like a woman that he forgot the one thing that made him look like a man. Admittedly the stakes are considerably higher in that situation than the house keys one. In one example you just have to call a locksmith and wait awhile. In the other example you probably get stoned to death then thrown off a tall building. Although even if that dude did shave his mustache I think ISIS would’ve known he wasn’t a chick. Or maybe they’re even dumber than I think.