People’s Daily China Keepers at the Wolong National Nature Reserve in southwest China’s Sichuan Province wear full panda costumes when they interact with cubs who will grow up in protected wildlife instead of in captivity.

This is because human attachment can hinder a panda’s chances of survival once it is released. Sometimes, keeper has to smear urine or feces on the costume to mimic a real wildlife situation. This will also protect panda cubs from getting too stressful as the costume will hopefully mimic the scene cubs are still with their mothers.

Only in China man…So I was doing my nightly YouTube rabbit hole adventure last night when I stumbled upon this video. Now obviously your first observation is that this is the most adorable thing ever right? Anything with pandas rolling all over the place is instantly a great video, but it got me thinking, what if this was your full time job? These people put on a giant panda suit and go lay in the grass as they’re covered in panda piss and poop. Is this for a good cause? For sure, I’m all about animal life and this whole concept increases their chances of survival in the wild life. That’s all good news from all accounts, but would you really want to put on a fucking panda suit every day covered in piss and poop to make a living? Imagine being at a bar and meeting a girl who asks what you do every day. Oh yeah I just go hang out with pandas and let them scratch and claw at me all day and piss all over me. To be honest you could probably spin it in a way to make you seem like a hero rather than having a gross job. It’s not for me though.

I’m a guy that doesn’t even understand the fun of camping outside. The whole concept of sleeping in tents with no phone service and appreciating the outdoors for a few days sounds HORRIBLE. If my future kids (God willing) want to go camping for a weekend I may just hire some people to do it for me. That’s why this job, as cute and fun as it may look, is one of the worst jobs you could possibly have. What else does it stack up against in my book? 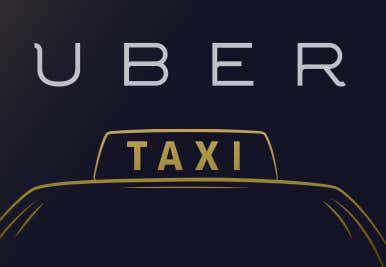 Being one of these drivers is just terrible. For starters there’s so much risk because anyone that steps in your car is a complete and utter stranger. There are stories from all over the place about carjackings and all types of crazy shit that happen in Uber/Lyft/taxi rides. Driving in itself, especially in a city, is stressful as fuck. I’ll try to avoid driving through the city as much as possible, so to do it every day as your profession would be a living nightmare. 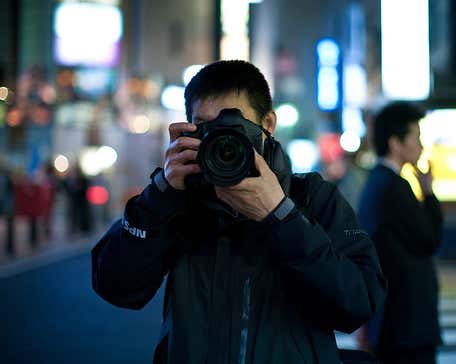 I’m sure this job is fun for the people that do it, but to every other person in the world this is as big of a joke “job” as they come. You take pictures for a living? Whoopity doo! My iPhone takes a picture in amazing quality and that’s way good enough for me. Legitimately ANYONE can take a goddamn picture. Photography is a hobby and nothing else bud. If you go up to a girl at a bar and say you’re a photographer I hope she tells you she’s going to the bathroom, meanwhile she’s leaving with her friends for another bar to meet someone with a real job.

Easily one of the most dangerous jobs in the world no question about it. Could I have just run through dangerous jobs like a deep-sea fisherman on Deadliest Catch for this whole list? Definitely could have, but this list has to have some variety to it. Being a lumber jack fucking sucks no doubt about it. You chop down crazy tall trees and let them fall, repeat. I doubt you make any money whatsoever and the chance of death has to be  fairly high. No thanks.

2) Any Kind of Janitor

You don’t make any money at all and you’re constantly cleaning up garbage and actual human shit. Your life had to have gone really south at some point to end up being a janitor. Just a brutal, brutal job. An absolute zero conversation starter with anyone you meet.

I have a strong feeling a good amount of you have this job and I have one piece of advice. Quit your job right now. Exit out of this blog and walk out of your office and find a new job (one not listed in this blog preferably). You my friend have the worst fucking job on the planet. I did this for four months and by the fourth month I began to have actual severe depression issues. “Smile and Dial.” Real life Boiler Room type shit. You have to make somewhere around 300 phone calls a day to the most random people ever, even thought they’ll tell you they are “warm leads.” Yeahhh okay man, this guy has no idea who I am nor has the slightest interest. There’s constant pressure to sell the most garbage stuff on planet Earth and if you don’t follow the robotic script with the cringeworthy automatic rebuttals you learn, then you get berated by your superior. I don’t wish this job on my worst enemy. I ran into an old co-worker the other day on the streets and we caught up for a few minutes. I asked him if he was still at the company, begging inside that he would say no and he moved on somewhere else. Nope, he was still there rotting away and I couldn’t have felt more sorry for the kid. There was a woman at the job who had worked there since 9/11. SIXTEEN YEARS. I’d actually rather be mummified in Ancient Egypt and buried alive than work a cold calling sales job for that long.