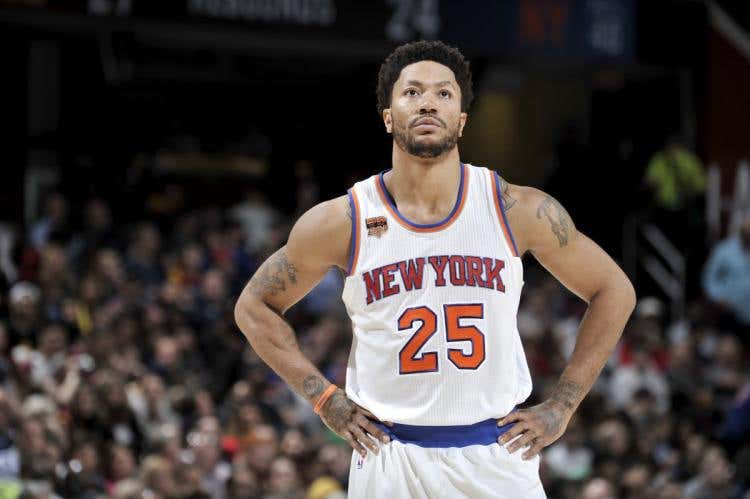 Well, here we go. The offseason isn’t done yet. Not even remotely close, when you consider this news. Now sure, you may think, what’s the big deal here. It’s just the Cavs trying to get some bench help, maybe a backup to Kyrie and some scoring with the second unit. Oh, what’s that? Just these two paragraphs from Cleveland.com:

HOLY. SHIT. That says something right there. Especially that last line in the second paragraph. This is nothing but an unmitigated disaster. Now, let’s start with the Rose signing. I’m not a fan. Rose doesn’t bring much if anything to the Cavs. He’s a net zero on the court in terms of him being able to create for others. With LeBron as your playmaker and Rose not being a shooting threat, how’s he filling in for Kyrie there? Is he a better defender than Kyrie? Sure. But he’s in no way an upgrade over Kyrie and helps the Cavs beat the Warriors. It’s crazy to think considering where Rose was in 2011 as an MVP, but really the only two fits for him in present day NBA were with the Magic or Hawks. He just doesn’t help teams, not with the guard position being so deep right now. Throw in the fact he’s also just getting the minimum deal, it’s an insane fall, granted injuries were the main reason.

Now, the Kyrie stuff. The Cavs are going to get a big haul in return for him. Yes, there was the list of teams that Kyrie wants to go to, but that’s irrelevant. He doesn’t have a no-trade clause. He’ll go wherever the Cavs get the best deal. The thing is they have to trade him now. You can’t have him and LeBron in training camp and starting the season together now based on all this shit. The sad thing is there’s no reason to trade him unless you get that deal you can’t refuse.

As many people have asked, if the Cavs can’t beat the Warriors with this team doesn’t it make sense to trade Kyrie? Sure, but it depends are you getting help now or in the future in case LeBron leaves. The Cavs still need someone to protect the rim (Thompson and Love aren’t providing that). The Cavs will need a guard now as they can’t rely on Rose for the entire season. Where can they address the need there? I’d add they also need a scoring threat in one of those two positions, if not both. The Warriors have four guys who can score the ball extremely well, losing Irving means the Cavs just have two based on the return.

Either way, this is a major development. Let’s check in on how LeBron is taking this:

I fucking love the offseason.