Gentlemen, if you’re itching to voluntarily end your reproductive ability with a relatively painless snip, but also want to share the experience with some of your closest male friends, you’re in luck: According to The Wall Street Journal, “‘Brosectomies’ are a thing now.”

Hundreds of thousands of men get vasectomies in the U.S. each year, the American Urological Association says, noting that the procedure is faster and safer than the most analogous procedure for women, tubal ligation. Even so, there’s obviously room for improvement — and for a few thousand dollars a head, men can get the $500 vasectomy, snacks or a steak dinner, maybe a stiff drink or two, and a club-like recovery lounge where they can watch sports with their similarly recovering pals.”

I know what you are thinking. “Chaps, this is a family site. How could you include a medical diagram of a penis? How will I explain this blog to my three-year-old son Channing, who is a longtime stoolie?” Well, medical matters are important to us at the Stool and we won’t apologize for that anytime soon.

Everyone knows that I had a vasectomy a few years ago. I have recounted the tale of my tail getting flopped around like an earthworm on a fish hook on both Podfathers and Barstool Radio. I thought that my story was the perfect vasectomy story. I was relatively pain-free and able to go about my normal business just 2 days later. Boy was I wrong.

I had no idea that brosectomies were a thing. I can’t even imagine how wonderful the experience of getting my testicles ripped open would be if my closest pals were there with a couple of full-bodied reds and a medium rare steak. Just watching the game with a bag full of frozen peas on peas with my BFFEs would be incredible. 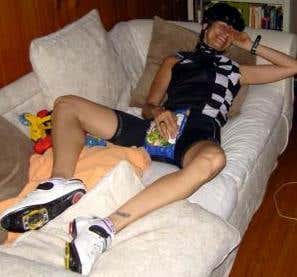 Maybe that’s a service that Barstool should start providing in the Fall. Instead of doing Barstool at the Park, maybe we could just have a get-together and everyone could get one out-patient operation and two drinks included. The operation could be anything minor you want. Tonsils? Fine. Appendix? You betcha. Gallbladder? Get in line, bubba. We already got three of those scheduled.