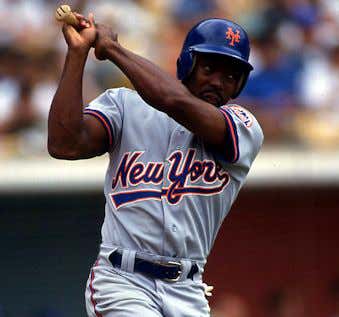 It’s a day that would live in New York Mets infamy. At Dodger Stadium, star crossed pitcher Anthony Young suffers a 27th straight loss as the Los Angeles Dodgers win in ten innings, when pinch hitter Dave Hansen walks with the bases loaded. Following the game Vince Coleman tosses a M-80 firecracker into a group of autograph seekers, injuring three. Coleman would later plead no contest to endangerment as the Mets suspended him the remainder of the season.

To say the 1993 New York Mets season was a disaster would be an understatement. Not only did they suffer their first 100-loss season since 1967, but they were an even bigger embarrassment off the field. Just seven years earlier the Mets were on top of the baseball world, beating the Boston Red Sox in a dramatic seven-game World Series. However, the team that had the makings of a dynasty fell apart quickly. After losing the division title to the St. Louis Cardinals in tumultuous season in 1987, the Mets looked ready to reclaim the crown in 1988 as they won 100 games. However, the Mets suffered a heartbreaking loss in the NLCS to the Los Angeles Dodgers, as Mike Scioscia’ s game tying home run in Game 4 proved to be the turning point. Over the next two years, the Mets traded the core of their team, culminating with the departure of Darryl Strawberry following the 1990 season.

When the 1991 season began, the New York Mets were a different team, as they looked to build around speed, signing Vince Coleman of the Cardinals to a four-year deal worth $11.95 million. As a Cardinal, Coleman had tormented the Mets on the base paths for years. Coleman had led the National League in stolen bases in each of his first six seasons with St. Louis, including three straight years where he topped 100 seals to begin his career. Nobody has stolen 100 bases in a season since Coleman in 1987. Upon arriving in New York, Coleman’s career suffered a steep decline. Injuries played a big role as he missed more than half his first year with the Mets, managing just 37 steals. Making matters worse Coleman constantly clashed with coaches of his base running strategy. The following spring, Vince Coleman was one of three Mets players named in a sexual assault complaint by a 31-year old Florida woman, though no charges were filed. Things would not go any better for Coleman and the Mets is his second season, as he continued to clash with coaches as the Mets fired Buddy Harrelson and replaced him with Jeff Torborg. As the season ended, the Mets suspended Vince Coleman for insubordination as he managed to steal just 24 bases in 71 games.

Vince Coleman was not the only letdown for the Mets in 1992, after suffering their first losing season in eight years in 1991. The Mets had an aggressive off-season of retooling and became the team with the highest payroll in the majors. Among the moves the Mets made were signing Bobby Bonilla to a five-year deal worth $29 million, the biggest contract ever at that time. They also added veterans Eddie Murray and Willie Randolph, while trading for two-time Cy Young Winner Bret Saberhagen. It looked as if the Mets would rebound and return to the top of the National League East as they promoted the season as “Hardball is Back”. The season ended up instead being an epic failure as the Mets posted a record of 72-90 and finished in fifth place. As the season came to an end the Mets started to rebuild trading away David Cone. The nightmarish season was chronicled in a book by Bob Klapish called “The Worst Team Money Can Buy”. Injuries played a role in the Mets struggles, as they played a sloppy lackluster brand of baseball. Anthony Young was the face of the struggles, as he lost his final 14 decisions after starting 2-0.

The 1993 season was a continuation of the Mets struggles, as Bobby Bonilla confronted Klapish about his book chronicling the Mets disastrous 1992 season. Jeff Torborg was fired in May, as Dallas Green took over the helm of the Mets promising more discipline. Instead the Mets downward spiral continued as they topped 100 losses for the first time since 1967. Not even during the dark days from 1977-1983 had the Mets suffered a 100-loss season. Making it more embarrassing is their record was worse than the expansion Florida Marlins and Colorado Rockies. The low point was clearly the Coleman incident in Los Angeles. The Mets had tried to deal the former All-Star in the off-season, but nobody was willing to pay for the final two years of his contract. Earlier in the 1993 season, Vince Coleman had injured Dwight Gooden recklessly swinging a golf club in the clubhouse. Following the loss to the Dodgers, Vince Coleman was sitting with Bobby Bonilla in a car owned by Eric Davis when a group of autograph seekers approached. Coleman proceeded to like a M-80 firecracker and tossed it into the crowd. When it blew up three fans, including an infant child and an 11-year-old boy were injured. The Mets would suspend Coleman with pay for the remainder of the season, ending his disastrous tenure with the team.  In three seasons Vince Coleman missed 215 of 486 games, stealing just 99 total bases. During the off-season Coleman would plead no contest to a charge of felony endangerment. He was sentenced to 200 hours of community service.

The embarrassing moments for the Mets continued after the firecracker incident. The following week saw pitcher Brett Saberhagen load a super soaker with bleach and soak members of the media who were in the Mets clubhouse interviewing other players. Saberhagen would later receive a suspension for the incident that further added to the Mets embarrassment. The only positive news coming out of Shea in late July of 1993 was Anthony Young ending his losing streak as his streak came to an end on July 28th in a walk off win against the Marlins. The Mets would finish the year with the worst record in baseball at 59-103, and that was after winning six straight to end the season. 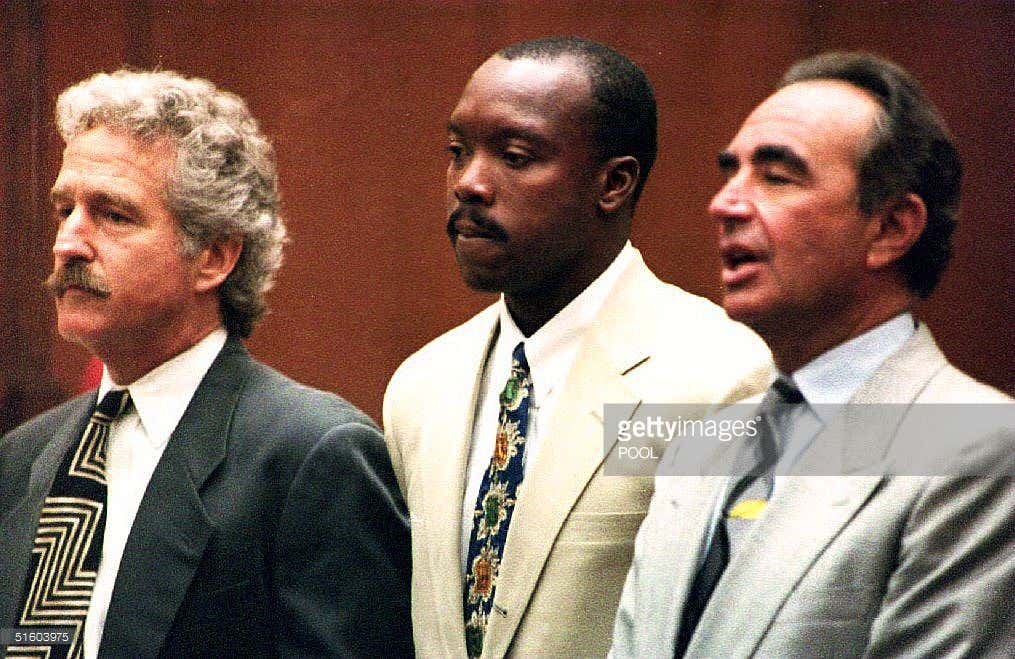 Vince Coleman stands next to attorney Robert Shaprio while pleading No Contest to endangerment.

Vince Coleman would be traded to the Kansas City Royals for Kevin McReynolds, whom the Mets had dealt to acquire Saberhagen. He would never again regain his All-Star form as he played for four teams over his final four seasons. One interesting side note, was Vince Coleman’s attorney Robert Shapiro who helped broker his plea deal would go on just a few months later to represent O.J. Simpson in his murder case.