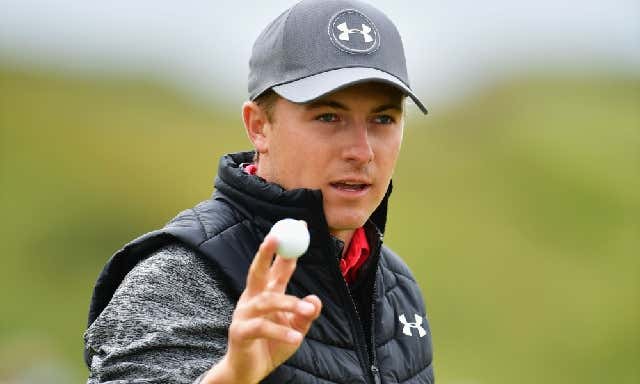 Golf Week – Perhaps it was the gum. Or maybe this is just as Jordan Spieth suggested earlier in the week: he now knows “how things go” at The British Open.

Opening with a 5-under 65 at Royal Birkdale on Thursday, Spieth exuded a calm confidence that bodes well for the remainder of a week that is about to get more turbulent.

Working a piece of mint gum given to him by longtime instructor Cameron McCormick, Spieth … glided around Birkdale with such ease that he gave himself “nine across the board for everything.”

He also declared the 16 of 18 greens-in-regulation day in his top-five major rounds. As for the gum? He was still working it after multiple TV interviews and during extended questioning inside the media center.

For the record, not only did Spieth post the best opening round at The Open in his career, it took 4 1/2 hours to play. So conservatively speaking, we’re looking at a minimum of six hours he spent with the same piece of gum in his mouth. So take that, everyone who thinks golfer’s aren’t athletes.

Think of the commitment that takes. The dedication. The focus. The jaw-cheek coordination. How invested you have to be in victory to sacrifice like that. I’m like Spieth in that I am not a gum guy. Occasionally I’ll be driving and the Irish Rose will pull some out of her glove compartment and ask if I want some and I’ll say yes. But that’s the extent of it. And so I’m good for typically five minutes and ten at the most before that gross, inelastic, flavorless blob is out the window.

But I’m like Spieth too in that if I had a piece before teeing off and started par-birdie and was three under at the turn, sure I’d want to keep it in. I just know I wouldn’t have the physical endurance or mental toughness to do it. Few men would. Most of us would be spitting it out by the 12th tee. And don’t get me started on baseball players. There’s not a guy in MLB who could last two innings on the same piece, much less 18 grueling holes. So it’s be an inspiring, heroic performance already for Spieth. Golfer. Champion. Athlete.