News- THE mayor of a town in Southern France has been forced to apologise for a rude plane banner telling tourists to go home. The sign, bearing the words “Go home f**king tourists” in English, followed by the same message in Spanish, was flown over holiday-makers sunning themselves on Carnon beach near Montpellier. It appeared to be a stunt by French YouTube personality Remi Gaillard, who can be seen on video preparing the sign before it was taken to the skies in a small aircraft.

Rude. I gotta be honest, I hate that it was a prank and the guy made it clear that it was a prank. If you’re gonna tell a bunch of tourists to go fuck themselves, I want it to be genuine. I want it to be anonymous. I want it to be real. I don’t want it just so some prankster can get attention for his YouTube page. I want a “fuck you banner” and then have the guy dive bomb the beach with the plane. Aggressive? Maybe but it’s a better story than what we have here. A YouTube personality? Shoot me in the fucking face. That gross. That might be grosser than Vine stars (RIP).

The real reason I wanted to blog this? 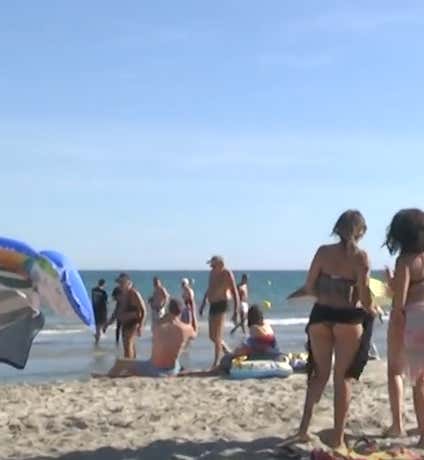