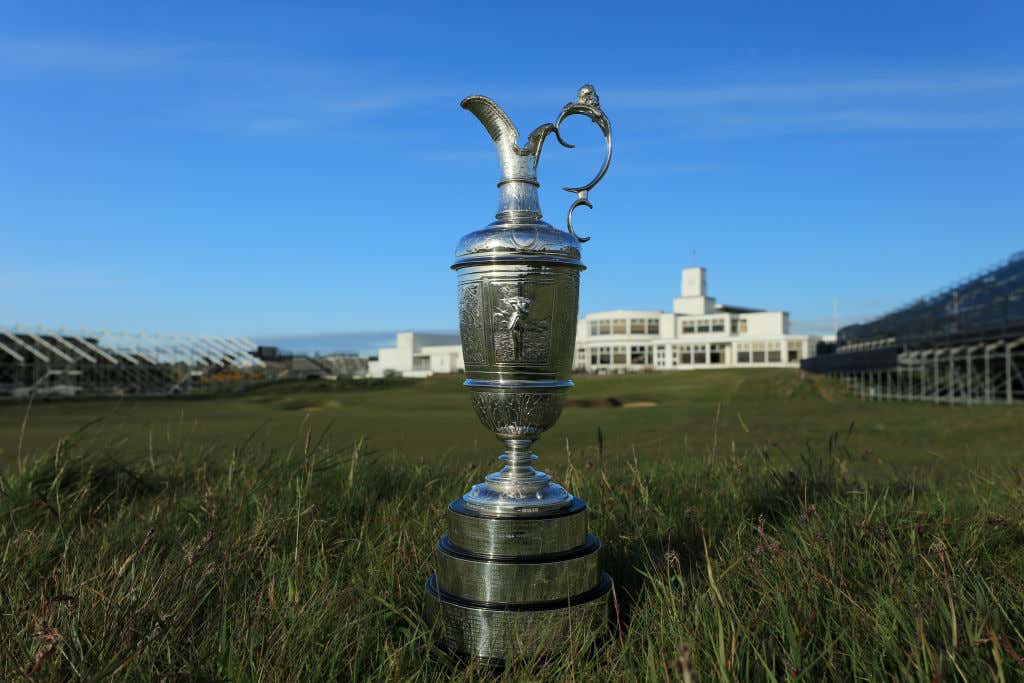 Hello friends. Welcome to another prop betting guide. The Open Championship kicks off at 1:35 AM tomorrow morning and we’re going to be ready. You know the best way to ensure you’re ready? Financially invest yourself into all sorts of dumbass golf prop bets. Wisest thing you can do.

Golf Channel posted the following prop bets from some Vegas book. I saw them, loved them, and immediately got to work aggregating a guide to help my friends. You’re welcome. Here we go.

The weather is expected to be classic Open Championship weather. Partly cloudy with winds gusting around 20-25mph Thursday; rain and sustained winds around 25mph Friday (hell yes); not quite as windy, but rainy on the weekend. All this points towards the over on 275.5.

I predicted in my preview blog yesterday the winning score will be 6-under. I’m not veering away from that.

While I do think someone gets to 5 or 6-under, I think a 64 or lower will be tough. Very tough. Royal Birkdale is VERY difficult; the first 14 holes deliver relentless punches. It’s hit after hit after hit. Even the 15th, the first par 5 on the track, produced over 2 dozen doubles or worse in 2008.

Someone will finish under par, but not many. Mid-60s or lower will be a tall, tall task.

Over 64.5 on lowest single-round score.

No. As shitty as those odds are, and as much as I want there to be, I just don’t think multiple guys get to 5 or 6-under. One will do it, and whoever does this thing will definitely be taking home the Claret Jug.

No. +100 for no hole-in-one? Easiest bet of all time. Yes the par 3s are relatively short, but they’re tough. They have tricky pin locations. Guys will be tossing it 20-30 feet away from most pins and trying to can mid-range putts.

Under. He’s too good of a mid-range putter, and that very well may be the difference here.

Over. Although I’ve picked Rickie quite a bit this year, I just don’t think he’s gonna have it this week. Even if he does, he’ll fade over the weekend and do a rare back-door-not-top-17.

DJ’s been off since he “fell down the stairs” and hurt himself in Augusta. His team revealed this week that he hasn’t had the same speed he possessed pre-fall. That’s not good.

However, a few of the guys on “Live From” were raving about how well he was hitting it in the practice rounds. I don’t think he wins, but I think he gets a top-18.

Under. Sergio WILL win an Open Championship. Tournament was basically built for someone like him; I don’t see how he finishes outside the top-19.

Over. I know that’s going to be the minority pick, but he’s just shown me too much emotional instability. Yes, he held it together to win the Irish Open a few weeks ago. That was fantastic. That was impressive. That was a step in the right direction.

But British Open? Brutal conditions? Luck of the draw? Major pressure? He’s going to get in his own way and not crack the top-20.

Rory’s been awful lately. Awful. Everyone wants to talk about how he doesn’t have to putt that great at Birkdale, which is nice, but I just don’t think he’s got it.

Rory outside a top-22 finish.

Under. He’s got great memories here, and he hits the ball too well. Same guy that nearly won the Masters will definitely come within 22 of winning The Open.

Under. How the fuck is this so high? Guy’s a certified stud.

Next big decision: do we try to stay up and watch or do we get up early and watch? It’s Open Championship time. Enjoy it, and don’t forget to pray for HORRENDOUS weather.