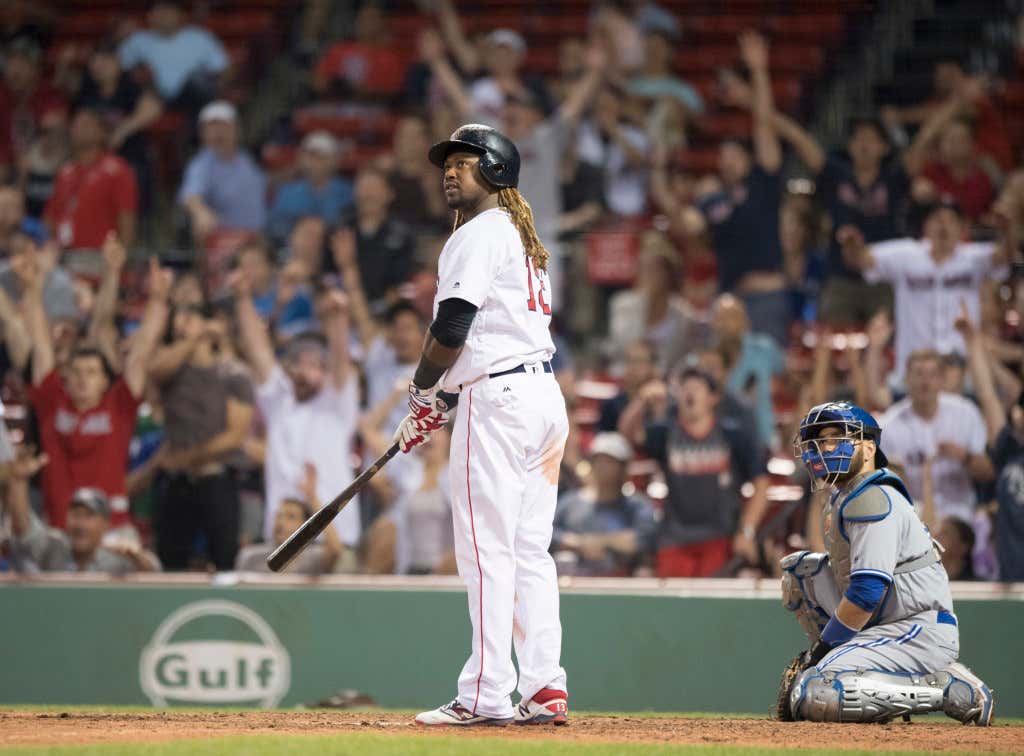 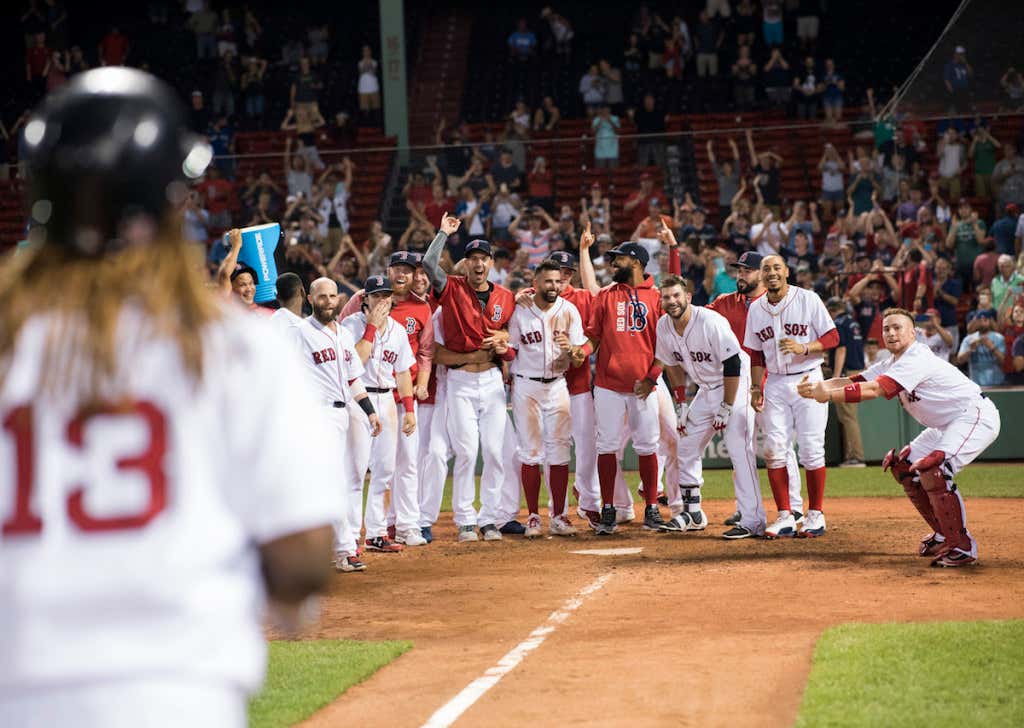 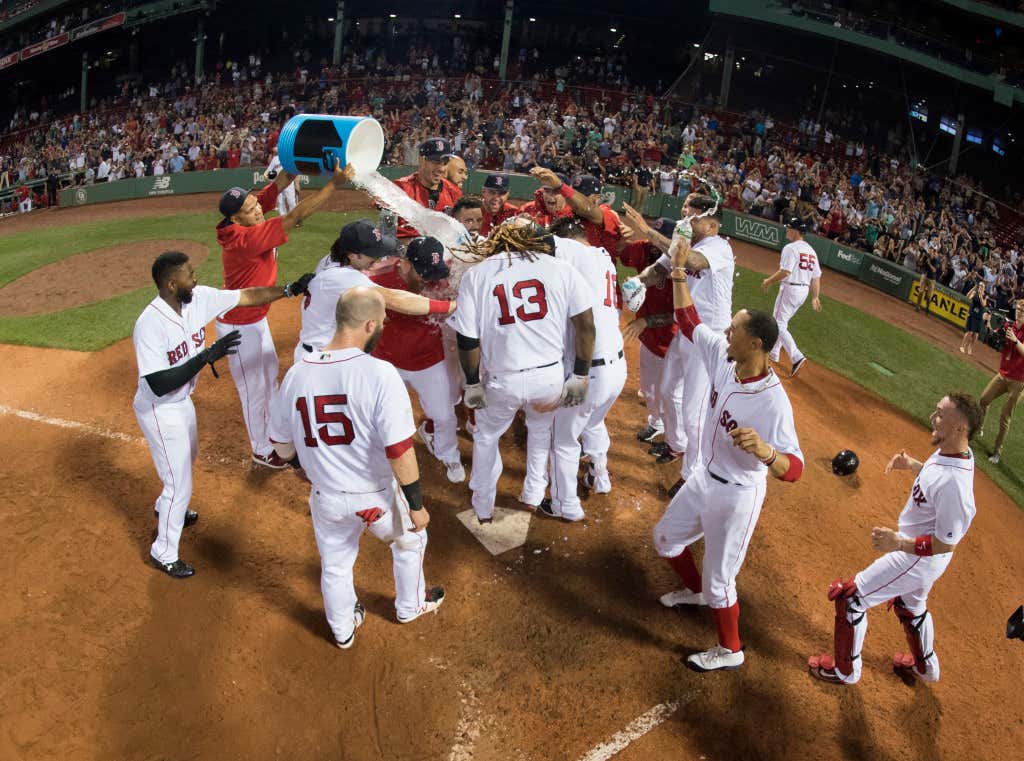 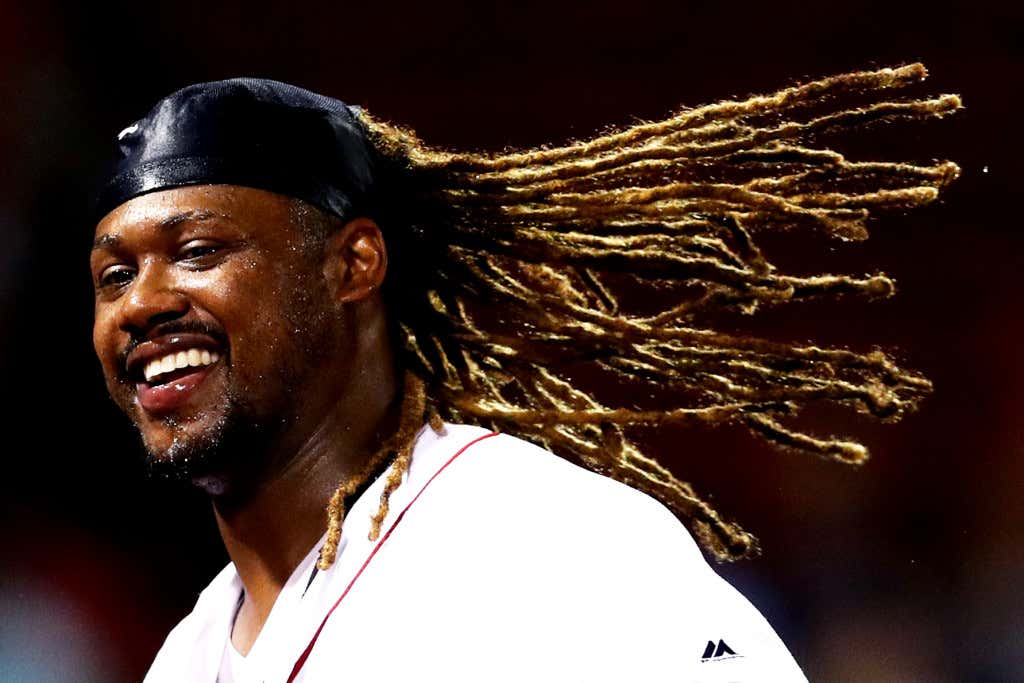 Weird night, man. Just a weird night. Over the weekend, specifically Friday night, the buzz at Fenway Park was that it was a foregone conclusion that Todd Frazier was coming to the Red Sox. The rumors were that it was just a matter of crossing some T’s and dotting some I’s. That night, nothing happened. Then nothing happened on Saturday, Sunday or Monday.

Last night prior to their game, the White Sox retracted their lineup card that had Frazier on it and replaced it with one that no longer had the third baseman’s name written out. Reporters called it a “healthy scratch”, so that’s how we knew that it was only a matter of time before a trade was announced. Not long after, reporters were relaying that Frazier was giving out hugs and handshakes in the dugout, indicating that it was probably already done.

Okay, great. So, the Red Sox finally have their new third baseman. I shouldn’t even say “new” third baseman. It’s just a third baseman in general. They haven’t really had one of those at any point this year, and no, I don’t count Pablo Sandoval as a third baseman. That was a blob of shit that just kinda stood there, booted balls at third base and swung and missed at everything in the batters box. As I’ve said before, nobody is getting super excited about Frazier coming to Boston, but there’s no doubt that he’s an upgrade at the hot corner.

Out of nowhere, we get this report that it’s the YANKEES, not the Red Sox, who are about to land Frazier and more from the White Sox. It had previously been speculated that the holdup on Frazier to Boston was that the Red Sox were trying to loop in a reliever on top of Frazier (David Robertson) to kill two birds with one stone since the team needed to address both areas prior to the deadline. As it turns out, the White Sox were wisely fielding offers elsewhere, as it was to my understanding that the Red Sox made the first offer, while the Yankees came in with a better one afterwards. Cuck City — Population: Dave Dombrowski.

But when you see what the Yankees had to give up in order to acquire Frazier, Robertson and Tommy Kahnle, then perhaps you can understand why Dombrowski bowed out. This is what I wrote last month about how the Red Sox should solve their third base/bullpen issue:

If you were to go out and get Frazier to play third, I wouldn’t want White Sox closer David Robertson to come with him. Remember, you’re looking to replace Thornburg, not Craig Kimbrel. I’m looking at 27-year-old right-handed reliever, Tommy Kahnle. He’s appeared in 31 games for the White Sox this year and has struck out 52 batters in 30.2 innings with a 1.47 ERA and an 0.82 WHIP. By the way, that WHIP ranks ninth in the majors among the 107 relievers who have made at least 30 appearances this year, and his K/9 (15.26) is third in that group behind Kimbrel and Corey Knebel of the Brewers. This season has not been the norm for Kahnle, so it would be a sell high move for Chicago.

The Yankees got all three. And it sure was a sell high move for Chicago, only it was not to the Boston Red Sox, and I am more than okay with that. After their fire sale last summer, the Yankees had more chips to play with to make a deal like this, while the Red Sox have to operate more on the cautious side in terms of what they’re coughing up. That’s because Dombrowski has already traded virtually every top prospect that he inherited upon arriving in Boston.

Does it suck that they missed on Frazier? To an extent, yes. But is it going to sink their season? Fuck no. They’ve been in first place for 33 days without an actual third baseman all year. And at this point, it would not shock me if we saw a Rafael Devers call-up in August in hopes of getting some more pop in that lineup without having to forfeit any assets to get it. However, I’m still holding out hope for a Jed Lowrie trade. I think he’d be a great fit here. I don’t think Dombrowski is done looking at third basemen just because Frazier is headed to the Bronx.

The Red Sox also played a game last night, too. Brian Johnson got the spot start in place of Doug Fister, who had to pitch in relief on Saturday when the Red Sox played 16 innings against the Yankees in a losing effort. Johnson has been called upon five times this year to start a game for Boston, and he’s allowed three earned runs or less in four of them. Last night, the lefty went six innings and held the Blue Jays to three earned runs, all of which came in the same inning. He impressively escaped a few jams, too. For a guy that doesn’t have an overpowering fastball, it’s encouraging to see him work his way out of spots with runners on base by locating his pitches and keeping hitters off balance.

The offense has been sputtering of late, but the Red Sox got a pair of solo homers from Chris Young and Dustin Pedroia. Pedroia also tied the game in the bottom of the seventh with an RBI double off the wall in left-center when Blue Jays reliever Dominic Leone tried to sneak a fastball up and in on him. Never a great idea. This year, Pedroia is hitting .436 with a 1.029 OPS on pitches that are in the strike zone and on the inner-upper half of the plate. If you’re gonna try to bust Pedroia up and in, you’ve really gotta get it in on the hands or else he’s stinging it somewhere.

The Blue Jays grabbed a run in the bottom of the eleventh off of Brandon Workman, but Mookie Betts tied that shit right back up with an RBI base knock in the bottom half. I fell asleep some time after that. Not proud of it. First time missing the end of a Red Sox game since one of the west coast trips back in 2015. I woke up this morning so confused. Was shocking, really. Waking up not knowing what the end result of the Red Sox game was, and then finding out that they won on a walk-off home run by Hanley Ramirez. Just a big, swift kick to the nuts to start my Wednesday. It’s like falling asleep at 9 on a Friday night, waking up the next morning and hearing that all your buddies fucked supermodels at the bar last night. You never wanna miss a walk-off home run. I’ll wear this one for a long time.