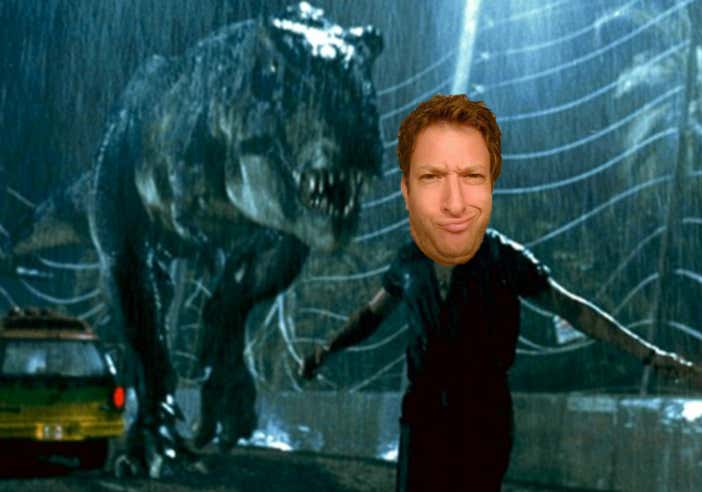 Tyrannosaurus rex could not run, scientists now believe, in direct contrast to previous research. Instead, the dinosaur probably walked along at a fairly slow pace, eating slow-moving sauropods rather than chasing after fast-moving prey.

Previous research had suggested T-Rex could clock speeds of up to 45 miles per hour and the new estimates paint a far less fearsome image of one of the Cretaceous period’s apex predators.

The debate over T-Rex’s running abilities has raged for decades. Following the initial discovery of the species in the 1800s, T-Rex was often depicted as being a fast-moving creature. In the 1980s and 90s, several studies reinforced this image, based on anatomical research that indicated a very fast running speed and a high level of athleticism.

In a study published in Peer J Tuesday, a team from the University of Manchester, U.K., demonstrated how a T-rex would move. They used two separate biomechanical approaches to create a computer model simulating how T-Rex would run, if it could. Because their model combined different aspects of bodily analysis, including the stress placed on the skeleton and how its body would move anatomically, the team believe the picture produced is a more accurate depiction of T-Rex’s gait.

Their findings show that not only was the species unable to run, but it could not even walk very fast. If it were to run, it would have buckled under its own weight and broken its legs, they found. They believe T-Rex’s maximum speed peaked at around 7.7 meters per second, or just over 17 miles per hour (mph). To put that in perspective, Usain Bolt, during the 100-meter sprint, has clocked speeds of over 27 mph.

Big blow to dinosaur junkies all over the world like yours truly. The T-Rex, feared as the scariest and deadliest dinosaur, couldn’t run without breaking its legs. The bastard was too top heavy to do anything but walk around. Pretty beta move if you ask me folks. Jurassic Park was all lies! These two scenes would never have happened.

So combine the fact that the T-Rex couldn’t run, but also that you could hear it coming from miles away with how loud the impact sounds were with every step it took, I can’t see how this thing would ever get to me. Its top speed clocked in at 17 mph which is just nothing in reality. Usain Bolt runs around 27 mph when he’s sprinting so that would leave a T Rex in the dust realistically. For the sake of the blog let’s say the T Rex just had a big meal and is moving a little slower than usual. How many Barstool Bloggers would be able to out-run a T Rex clocking in at 15 mph? 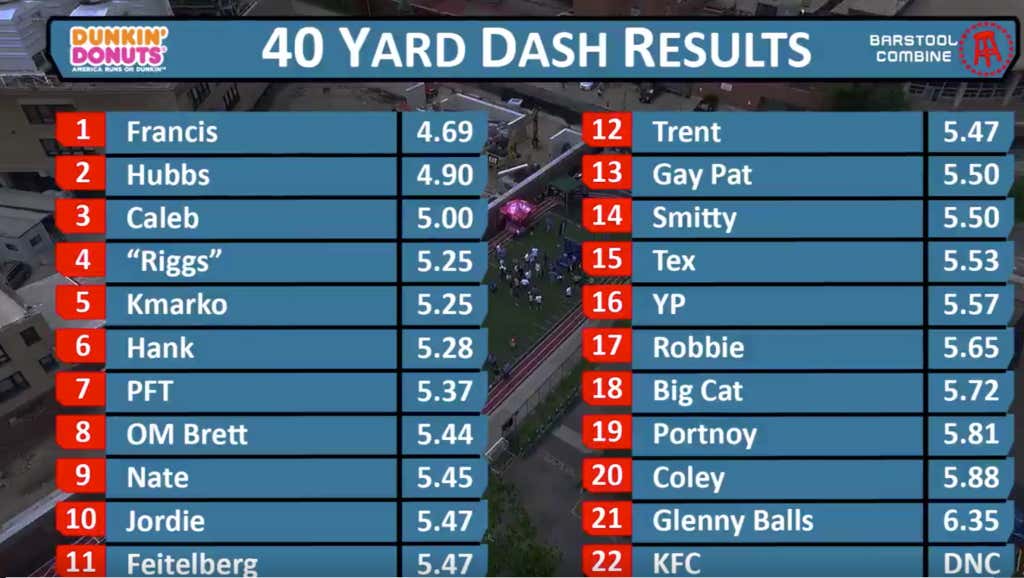 Not Looking So Hot:

Probably Said They Could Outrun a Fucking Velociraptor, But Definitely Dead:

Definitely Dead But Would Get Some Great Footage:

Pretty Dead, Unless He Gets a Triangle Choke In There:

Very Dead, But Might Be Able To Out-Smart The T Rex:

Probably Better Off Standing Very Still So The T Rex Couldn’t See Him:

So we’re not looking so hot as a collective group, but I bet if we all had a Dunkin Energy Punch right before flashing back millions of years in time we’d be gucci. Didn’t think of that one did ya T-Rex? Such a beta.