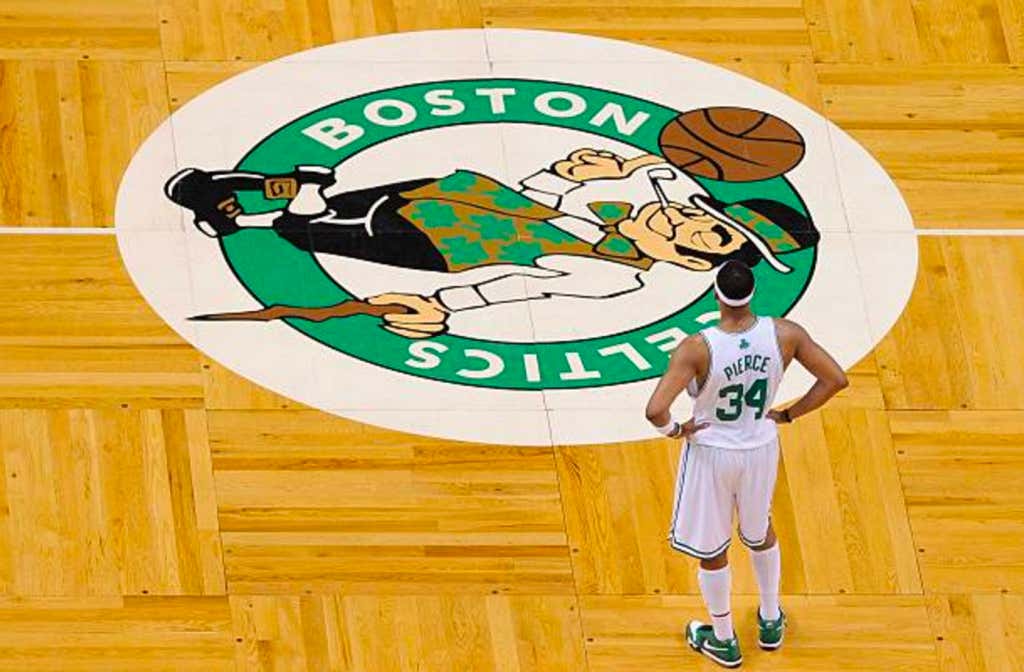 (NBA.com) The Boston Celtics announced today that they have signed 10-time NBA All-Star and 19-year veteran Paul Pierce to a contract, enabling him to retire as a member of the organization with which he spent his first 15 NBA seasons.

“We’re honored that Paul has chosen to retire as a Celtic. He is among the very best Celtics – a champion on and off the court,” said Celtics governor and managing partner Wyc Grousbeck. “We congratulate Paul on a Hall of Fame career, and look forward to seeing his number raised to the rafters of TD Garden.”

“It’s an honor to have this opportunity to once again call myself a Boston Celtic,” Pierce said. “The organization and city took me in and made me one of their own, and I couldn’t imagine ending my career any other way. I’m a Celtic for life.”

Finally, after 5 long years, all is right with the world once again. Paul Pierce is a Boston Celtic and on some level my heart is no longer broken. The hole left in our hearts by that franchise altering trade has now been filled. I’ve said it time and time again, for people around my age, Pierce was our Bird. He was the iconic Celtic of our generation. Too many times growing up did I find myself arguing my Dad and his friends during games about how Pierce was going to be an all time Celtics legend and that he COULD play with those 80s teams.

Even though he played for three more teams since leaving Boston, nothing, and I mean nothing will replace the moment I first saw Pierce in a uniform that wasn’t Boston. Remember this? 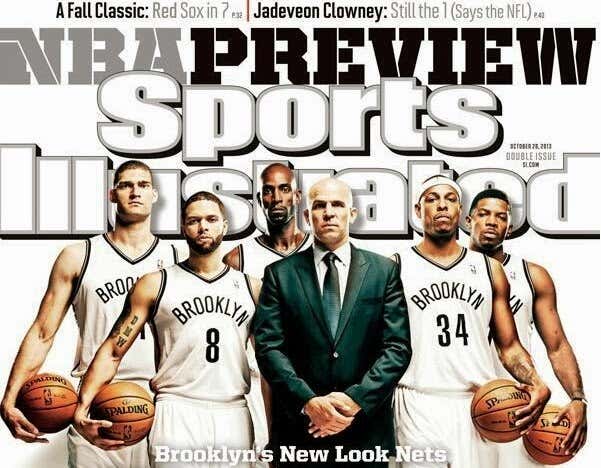 I’ll never forget it. Seeing this cover and the ensuing pictures inside was one of the worst feelings I’ve ever experienced. I hated everything about it. Things didn’t get better when he went to WSH or LAC either. Seeing Paul Pierce in a non Celtics uniform never felt right. But now, the pain has stopped. Pierce simply went off to college and had to stay an extra year, happens all the time. The pleasure of having watched Pierce over a 15 year period, was we got to see all these different types of Paul Pierce.

There was young Paul, 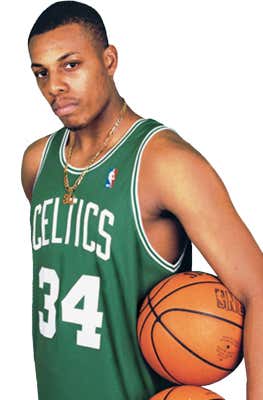 Then there was first time All Star Paul 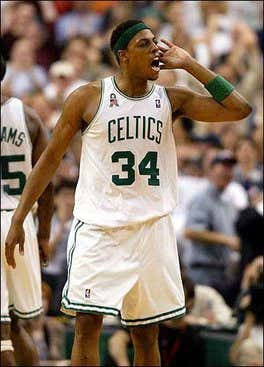 Which brings us to The Dark Ages Paul 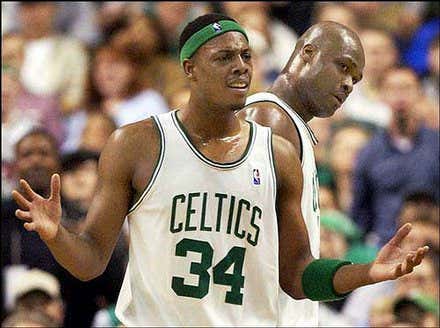 I think for many people, when they think of Piece and his time with the Celtics, they are going to gravitate towards the second half of his Celtics career. But make no mistake, things were not always peachy. After losing in the ECF in 2002, the Celtics would go a combined 60-228 until the Big 3 trade in 2007. Remember the Celtics actually MADE the playoffs going 36-46 in ’03. During this time the case could be made the Celtics were wasting the prime of Pierce’s career. He averaged 24.7 points a game during this stretch and every summer it seemed like he was involved in one trade rumor after the next. Ainge nearly traded him for Chris Paul after the 2005 season. But he didn’t, and thank God he didn’t because it would have meant we would not have been able to experience maybe the best kind of Paul Pierce 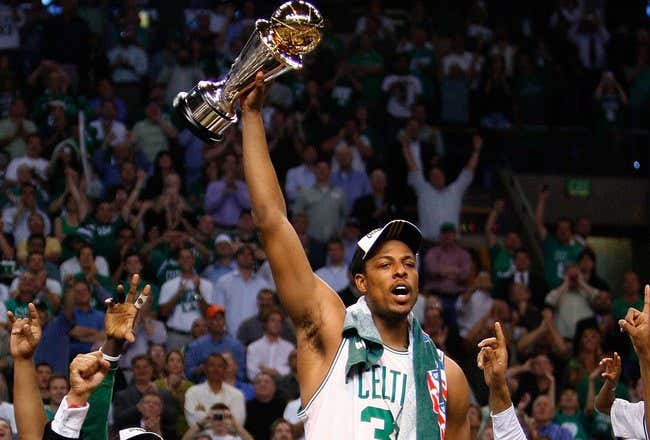 Some of the best years of my Celtics life are credit to what the 2007-08 to 2011-12 Celtics accomplished, and it was only natural that Paul Pierce had a big influence. His playoff battles with Lebron, going head to head with the best player on the planet in a Game 7 for the ages to his Finals matchup with Kobe. This version of Pierce was different, he was older, wiser, and committed to winning which was something we did not see in Dark Ages Pierce. He fully bought in, and the result was basketball magic.

What I found impressive was Pierce gave up nearly 6 FGA a game from where he was pre trade, and still lived very close to 20 ppg. I mean he averaged 18.6 as a 35 year old for crying out loud. It was clear that all Pierce was missing was help, and once he got it he turned into a different player. His second and third highest assist averages came once the Big 3 was formed, and once he got that chip to truly open the gates to Celtics Heaven, my generation finally had it’s validation.

Paul Pierce would forever be known as one of the greatest Boston Celtics of all time.

And now he is home, back where he belongs.

So may I say welcome back Paul, we’ve all missed you very, very much. Enjoy the rafters.