NY Post- Dramatic cellphone video captures a wild blowout between a manager of a Texas Taco Bell and an ex-worker.

The irate former employee, identified as Margarita, can be seen at the opening of the 6-minute Facebook clip pouring tea out of a large dispenser all around the eatery, and then flinging the canister at the manager.

Police finally arrive and can be seen cuffing the woman, as the shirtless manager tells the officers: “She was fired … She’s here to pick up her last check … I’m the manager.”

The woman’s son was also seen on the ground in the parking lot being cuffed.

It was unclear what sparked the argument.

Welcome to Texas! We’ve got an old-fashioned Mexican standoff in a Taco Bell. In the left corner, the challenger: wearing the outfit she wore to her job interview 20 minutes prior, accompanied by her 17-year-old son who can’t stop playing Bejeweled Demo… former Ms. Teen Cancun! And her opponent: a member of the local MMA gym even though he never goes, sporting the body of a 14-year-old boy…  and STILL the assistant manager at the Converse Taco Bell!

There are so many highlights to sift through, but I’m going to choose a few favorites. First, the choice of weapons: 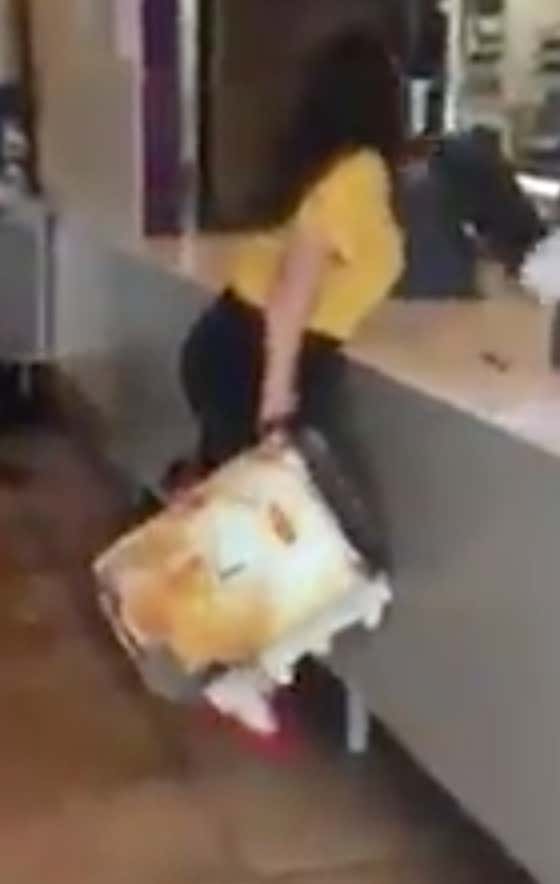 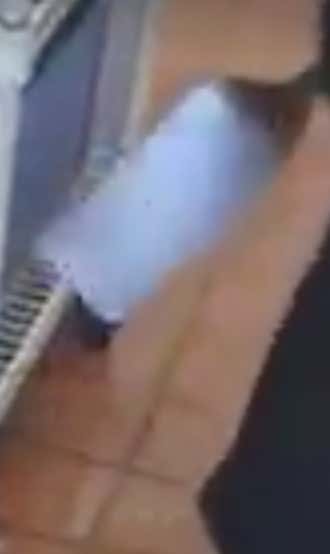 Very rare to see someone upgrade from a jug of lipton sweet tea to a spatula in a street fight. She was splashing that thing around like she thought it was a canister of gasoline. Those floors are gonna be sticky for months! 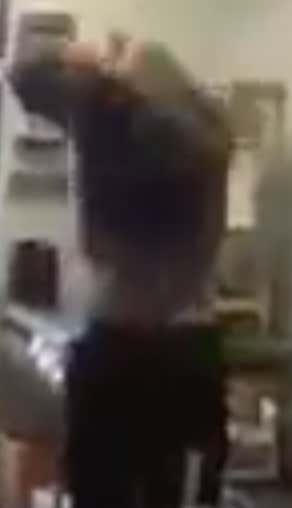 Next, the moment when the manager takes his shirt off. Everyone knows it’s way easier to fight an angry latina woman when you’re shirtless. It takes him forever because it’s starched to the moon. Has to pull it off like a wetsuit. That’s a terrifying moment–having your shirt over your head during a fight–like taking off a sweater while you’re driving on the highway. Better be quick! 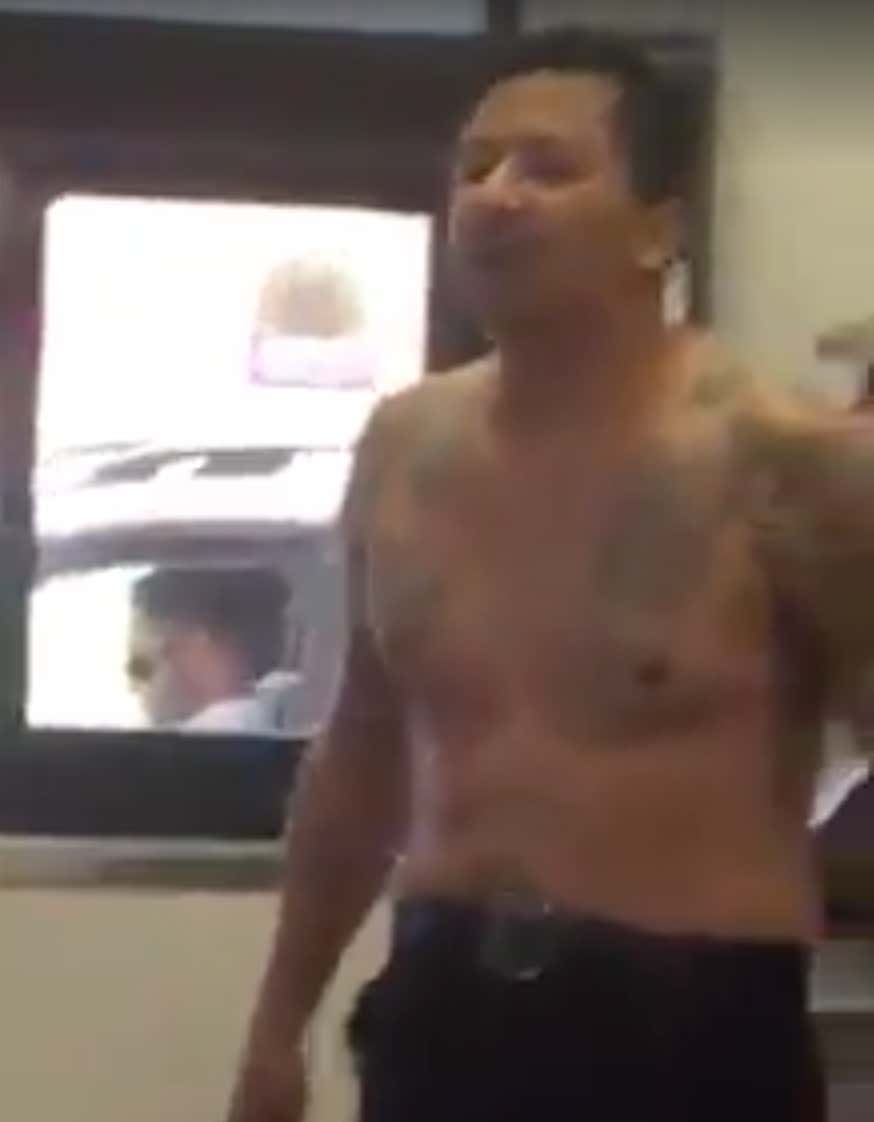 The drive-thru lane never sleeps. Guy in the car has the look of a man who’s seen this same scene before. “Just drive up to the pickup window and we’ll hand you your food, provided there isn’t a shirtless man vs. woman brawl going on.” Hope you’ve got a good book on tape, pal! This Chalupa might take a while.

Lastly, let’s talk about the son. WHAT IS HE DOING? Dude, an adult male covered in tattoos is threatening to “slice” your mom’s face up, and you’re on your phone for for 80% of this ballyhoo?! I guess there was one good moment when he finally took a break from scrolling through the New York Times feed to knock the register over, reminding everyone that he was, in fact, there. I DIED when the mom walked over to fix it like she was still employed. You can take the employee out of Taco Bell, but you can’t take the Taco Bell employee out of the… mindset of being a Taco Bell employee? Whatever. 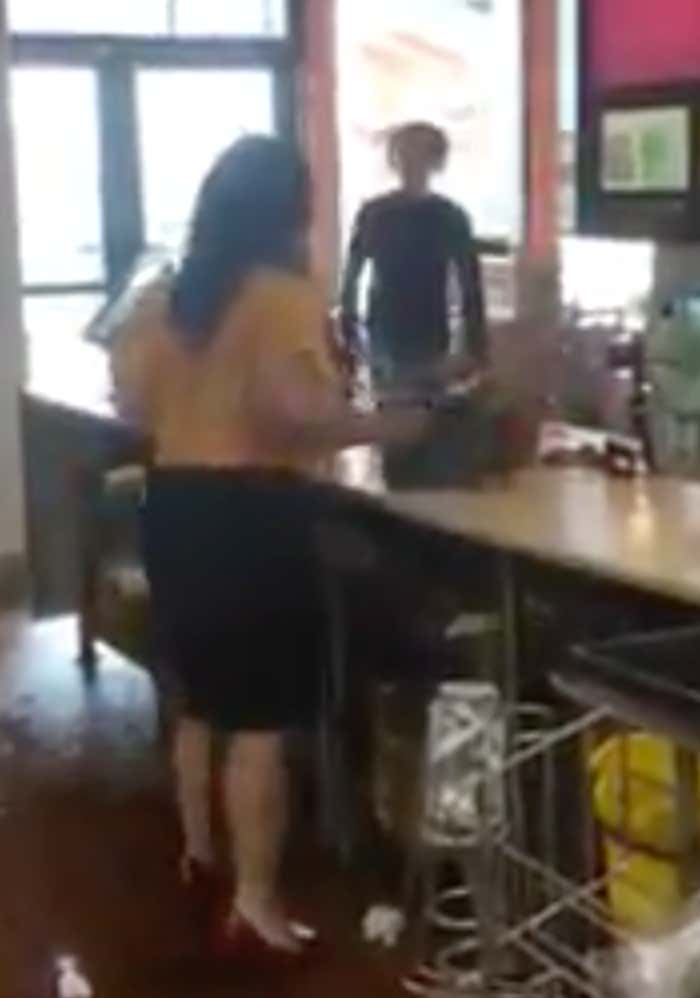 “I don’t fucking get paid enough for this shit man.” -the assistant manager, as well as everyone at work today