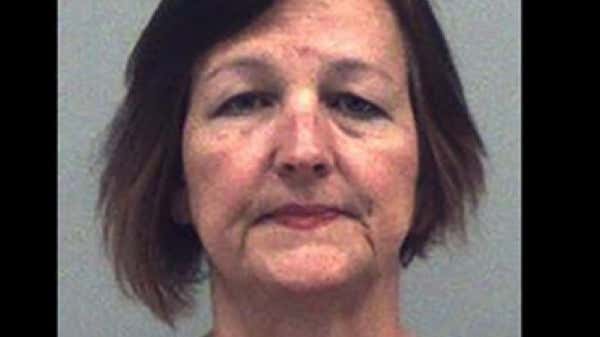 Georgia – Therese Gunn admitted Friday that she’d had a sexual relationship with one of her students. The 54-year-old, now-former orchestra teacher said she couldn’t believe she’d done it, and that she’d made a poor decision, and that she was sorry.

She then changed course, however briefly, and blamed her victim — claiming the then-17-year-old boy had coerced her into the relationship that developed at South Gwinnett High School.

“He did,” Gunn said in front of Judge Warren Davis. “He was like a used car salesman.”

Davis didn’t care for that argument, nor did prosecutor Karen West. And after Gunn entered her guilty plea to a single count of sexual assault by a person with supervisory authority, the judge sentenced her to serve just 90 days in prison. …

Gunn, who worked as a teacher for 25 years and had been at South Gwinnett since 2002, was arrested in May 2016. At the time, police said she had held a relationship with the student, whom she taught for three years, for several months. Sexual activity allegedly “occurred at the school, at the teacher’s [Loganville-area] residence and at Lenora Park.”

The victim that Gunn admitted to having sexual encounters with briefly spoke in court Friday afternoon. He said Gunn “made [his] adolescence hell.”

I for one stand firmly beside Therese Gunn on this one. It only makes sense. Why else would a MILF as hot as her, who can get any man she wants, throw away a 25-year career just for some 17-year-old D if i wasn’t for the kid’s aggressive sales technique? We’ve all been on the receiving end of some pushy sales guy. Wearing down your resistance with all their phony friendliness and underhanded manipulation. I bet he used every trick in the sales book. He probably took her for a test ride. Pulled the old “What’s it gonna take to get me into this vagina today?” And he can cry us a river with that “made my adolescence hell” drivel. That’s what they always say right after closing the sale because they want you to think you got a great deal. It’s the Sex Scandal Teacher equivalent of “I got my manager to agree but he is really not happy with the deal I offered you. You got yourself a great little penis, Ms. Gunn. Congratulations,” but they don’t really mean it.

So I’m sorry Therese was talked into the sale by this hustler. To them, a woman like her is just a mark in the game of ABC. A, Always. B, Be. C, Closing. Always Be Closing. Where it’s fuck or walk. And unfortunately, she couldn’t walk. We’ve all been there.

The Grades:
Looks: This might be a real deep pull, but remember the disguise Schwarzenegger used to get past airport security in Total Recall? Where his head came off and exploded? Therese Gunn.
Grade: D-

Moral Compass/Bad Judgment: Ordinarily, sex at school, sex at the SST’s house, sex at a park, an admission of guilt and being so delusional she expects the judge to buy her story about the kid wearing down her resistance would be grounds to give her a really good grade. If only Therese was anywhere near ordinary. Woof.
Grade: B-

Intangibles: As Eugene Levy put it to Chevy Chase in Vacation “The Wagon Queen Family Truckster is the car you should be taking. You might hate it now. But just wait til you drive it.” Also, Therese Gunt.
Grade: C

Overall: D+. Let us never speak of this one again.