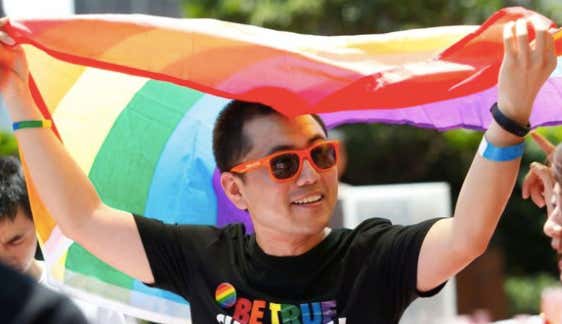 Source –  On Chinese social media, many were left angry, baffled, and upset. The outcry was prompted a decision by Beijing regulators to censor the portrayal of homosexual activity in online videos. The regulations, which came into force at the beginning of July, classify homosexuality as “abnormal” sexual behaviour and cover not only explicit sexual content but any portrayal of same-sex relationships, positive or negative – for instance in popular online dramas.

Under the latest guidelines, which were issued by the China Netcasting Services Association, at least two to three “auditors” will have to check all online content to make sure it adheres to the “advanced culture of socialism.”

Tim Hildebrandt, an assistant professor of social policy and development at the London School of Economics, says the recent censorship around homosexuality is surprising.

“Some might assume this is just about pornography,” he says. “This is not really the case. It’s any portrayal of homosexuality in online videos. As to what that means for gay people in China, essentially the internet is one of the few safe spaces to meet others within the community. This is how people are meeting each other both in a platonic and romantic setting.”

It’s got to be strange to live in a country that can take away anything it wants at a moment’s notice. Don’t get me wrong, I love a good dictatorship as much as the next guy but moves like this put things in perspective.