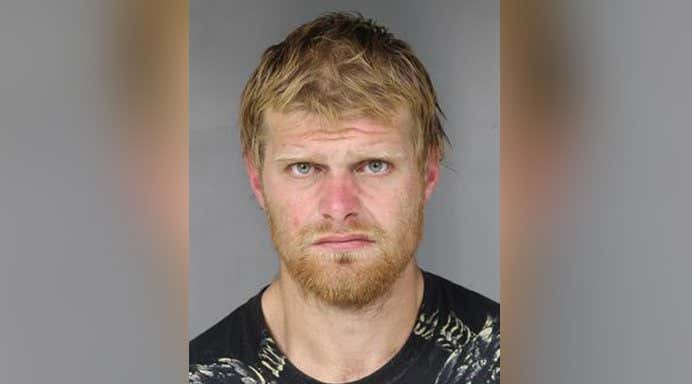 Officers in the Northern California city of Eureka responded to reports of “shots fired” and at least one person with a gunshot wound around 3:25 p.m. Wednesday afternoon.

The victim, who had suffered a non-life threatening injury to the hand, was treated at a nearby hospital, police said.

Detectives caught up with the suspected shooter, 29-year-old Timothy Glass Jr., after he fled to Palco Marsh, site of a large homeless encampment, according to KRCR-TV. Police say one detective suffered a minor injury during the arrest.

Talk about your snap, crackle and pop, folks. Just another day at the homeless encampment. Walking around and minding your own damn business when someone pulls a rice krispy filled flare gun casing on your ass. Imagine the embarrassment of telling your other homeless pals about your injury.

“Hey Harold. What’s with the bandage, ya old toothless fuck?”

“Well, it is with a heavy heart that I must announce to the entire homeless encampment that I was shot with a flare gun that was packed with rice krispies.”

The encampment bursts into uproarious laughter.

Gus, the encampment leader, gets everyone’s attention. “Guys. Guys. And gals. Sorry, Betsy. You’re welcome here, too. You know that. I’m just used to saying guys. I don’t mean to come off of sexist. Apologies.” Everyone knows Gus isn’t sexist and is very woke. They forgave him. “Anyway,” Gus continued. “Let’s listen to Harold’s story. It’s super cereal.” Everyone fucking loses it at the South Park reference. Sadly, Harold sulks off with his bandaged hand and even more injured pride.