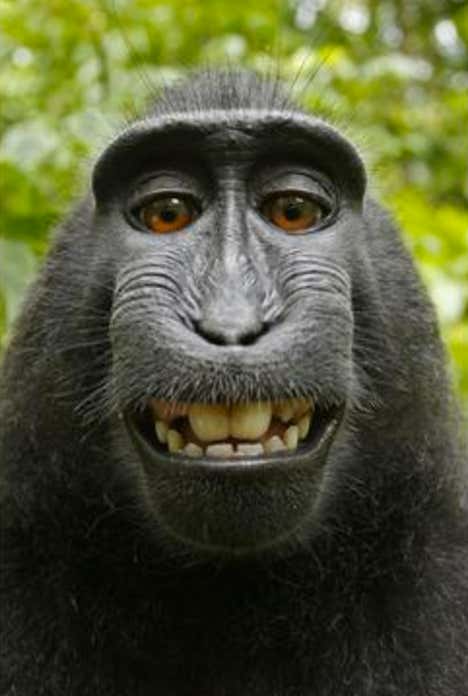 Chicago Tribune- A curious monkey with a toothy grin and a knack for pressing a camera button was back in the spotlight Wednesday as a federal appeals court heard arguments on whether an animal can hold a copyright to selfie photos.

A 45-minute hearing before a three-judge panel of the 9th U.S. Circuit Court of Appeals in San Francisco attracted crowds of law students and curious citizens who often burst into laughter. The federal judges also chuckled at times at the novelty of the case, which involves a monkey in another country that is unaware of the fuss.

People for the Ethical Treatment of Animals sued Slater and the San Francisco-based self-publishing company Blurb, which published a book called “Wildlife Personalities” that includes the monkey selfies, for copyright infringement.

PETA attorney David Schwarz argued that Naruto was accustomed to cameras and took the selfies when he saw himself in the reflection of the lens.

A federal judge ruled against PETA and the monkey last year, saying he lacked the right to sue because there was no indication that Congress intended to extend copyright protection to animals.

Throughout Wednesday’s hearing, Schwarz pushed back, arguing that the case came down to one simple fact: photographs can be copyrighted and Naruto is the author.
“We have to look at the word ‘authorship’ in the broadest sense,” he said.

The judges grilled him on why PETA has status to represent Naruto and said that “having genuine care for the animal” isn’t enough to establish “next friend” relationship, which is required to represent the monkey in court.

The judges did not issue a ruling Wednesday.

Angela Dunning, an attorney for Blurb, wondered at the possibilities if they do not prevail.

“Where does it end? If a monkey can sue for copyright infringement, what else can a monkey do?” she said after the hearing.

Dhuey said the legal antics were more of a publicity stunt by PETA than a lawsuit. He quipped after the hearing that Naruto made a tactical mistake by not appearing in court.

“It’s like he doesn’t even care,” he said before walking away from cameras.

First, to the Bible thumpers out there debunking evolutionary theory, saying humans didn’t evolve from apes, this selfie is the nail in the coffin of creationism. Your theory is dust. Because that picture looks EXACTLY like every selfie a dad has ever taken. 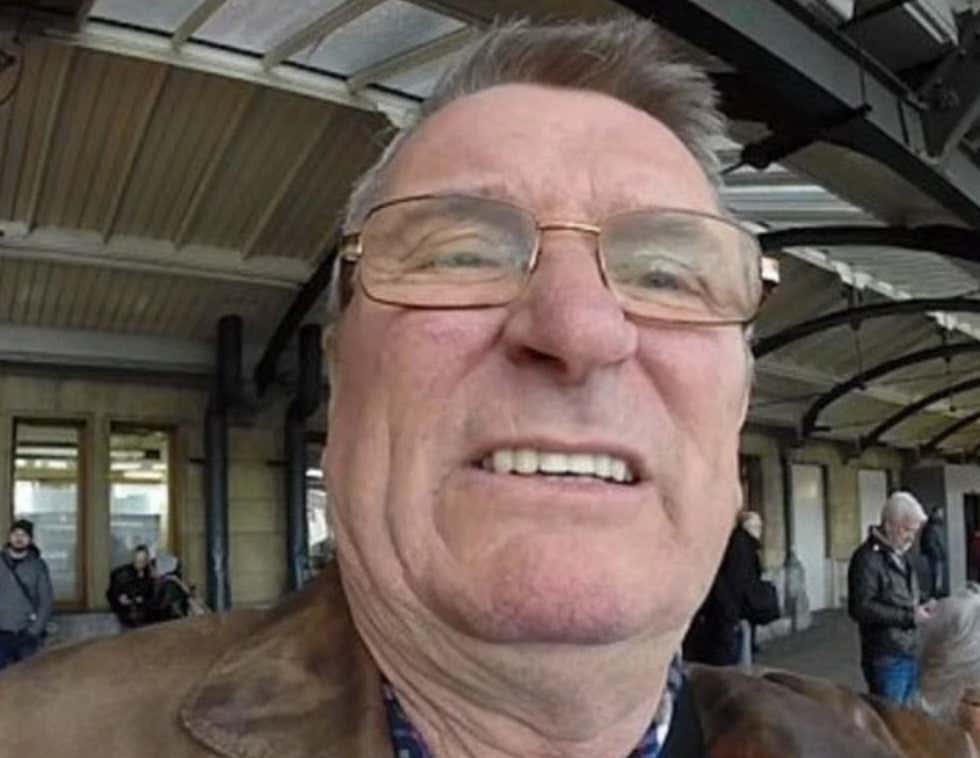 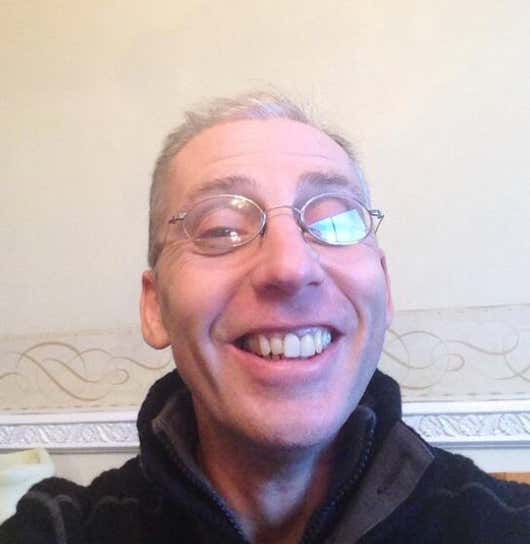 You can’t look at that selfie and dispute that humans evolved from primates. And now that we’ve delicately and respectfully cremated Christianity, placed its ashes in an urn, and sprinkled them into the ocean where they will drift into the mouths of the fishies, who will be eaten by birds, who will shit the digested remains onto the roofs of dilapidated churches around the country… let’s move on to the lawsuit.

PETA stepped in to say that the monkey deserves the profits from his selfie since he’s the author. The court came back at the PETA lawyer, saying they didn’t deserve to represent him in court because PETA can’t prove “next friend” relationship with the monkey. Hoooooweeeee! It’s going off! The old “he doesn’t like you as much as you think he does” play–devastating to a friendship. If I didn’t know any better, I’d say we’ve got an old-fashioned primate catfight on our hands. Grab a chair!

The defense (Blurb–authors of the book that published the selfie) is playing the whole “where does it end?” card. It’s the same defense you hear from evangelicals who oppose gay marriage. “If a man can marry man, who’s to stop him from marrying his dog? Where does it end?” Well folks, it ends when the monkey says it’s over. If the Planet of the Apes franchise has taught us anything, it’s that the more we try to limit the progress of our furry relatives, the more they’re going to organize violent rebukes. Pay the monkey his money and let’s move on.

To play devil’s advocate, let’s draw some hypotheticals: if someone drops a GoPro on the back of a boar, and the boar charges off a cliff, and RedBull finds the footage and uses it in a commercial without sponsoring the boar because it’s dead… do we posthumously reward damages to the pig’s family? What if a rhinoceros takes a dick pic and sends it to an underage girl rhinoceros. Do we throw that rhino in jail for sharing that rhino dick? Sometimes people call me an animal when they see me eating cereal with my face 2 inches from the bowl, dripping milk from the corners of my mouth, spooning the slop in a circular motion like the James Harden 360-wit-da-wrist celebration, breathing through my nose like a train whistle. If I throw up an Instagram that goes viral, and someone tries to take credit for it, would PETA defend me in court because I’m an animal too? Would they call me their best friend?

The possibilities are endless. But for now, I’m siding with the animals.