Donnie is in France celebrating Bastille Day with French president Emmanuel Macron and his wife Brigitte Trogneux. The French are playing it smart — they invited him over, gave him a show, made him the guest of honor, and rolled out all kinds of over-the-top shit.

Source — They provided a tour of Napoleon’s tomb and made Trump guest of honor at a Bastille Day parade with marching bands, tanks and flyovers.

That’s how you rub the Don’s tummy. And of course Donnie repaid them by dropping the most preposterous handshake thus far. Let’s hop right in.

Right out of the jump we get a Trump classic — the hand tap. This is a staple. Trump gives three little top-of-the-hand pats to Macron. 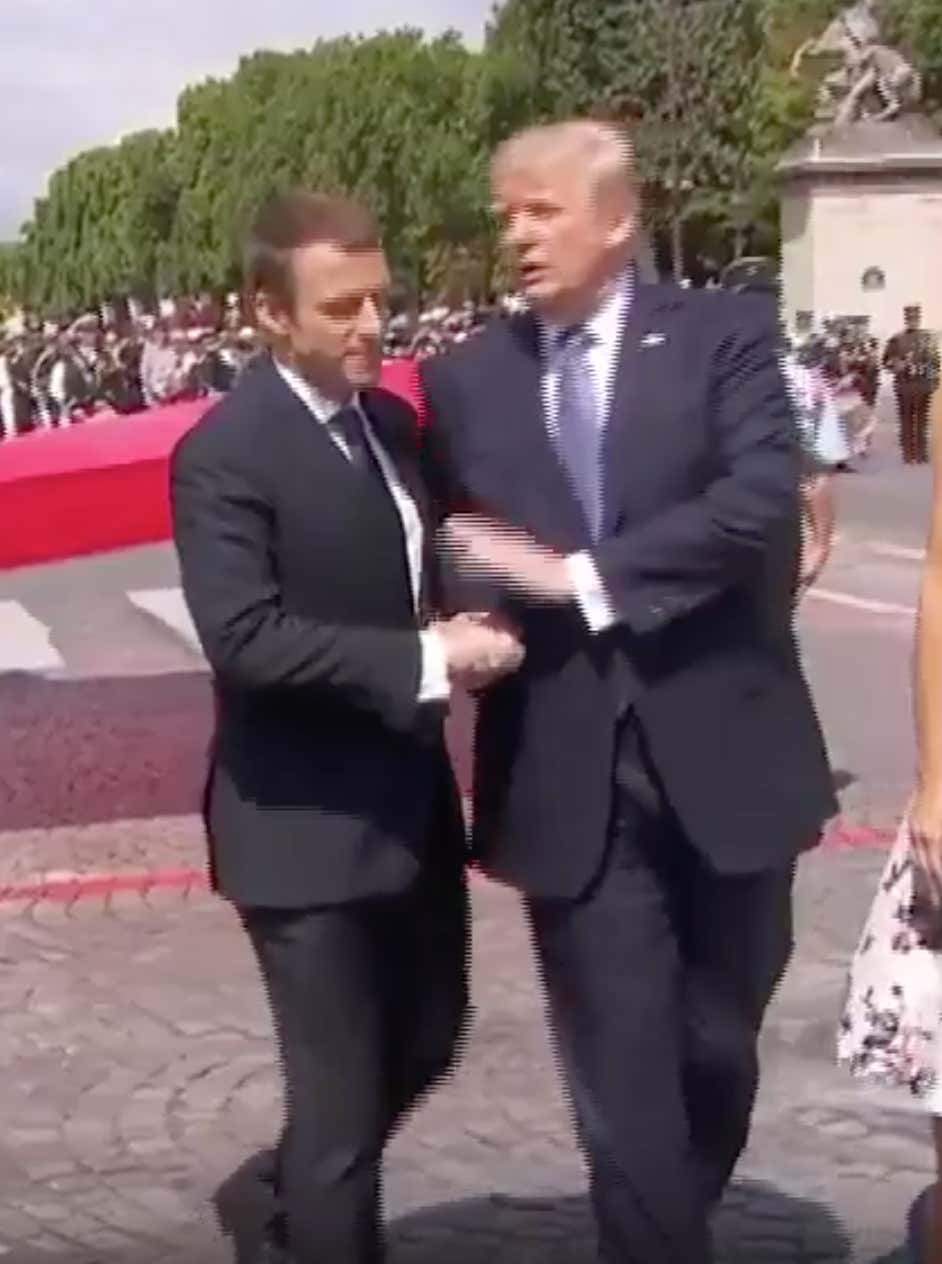 Years ago Larry David made the chat-and-cut famous. Well today Donnie made the stop-and-pull famous. Look at this: 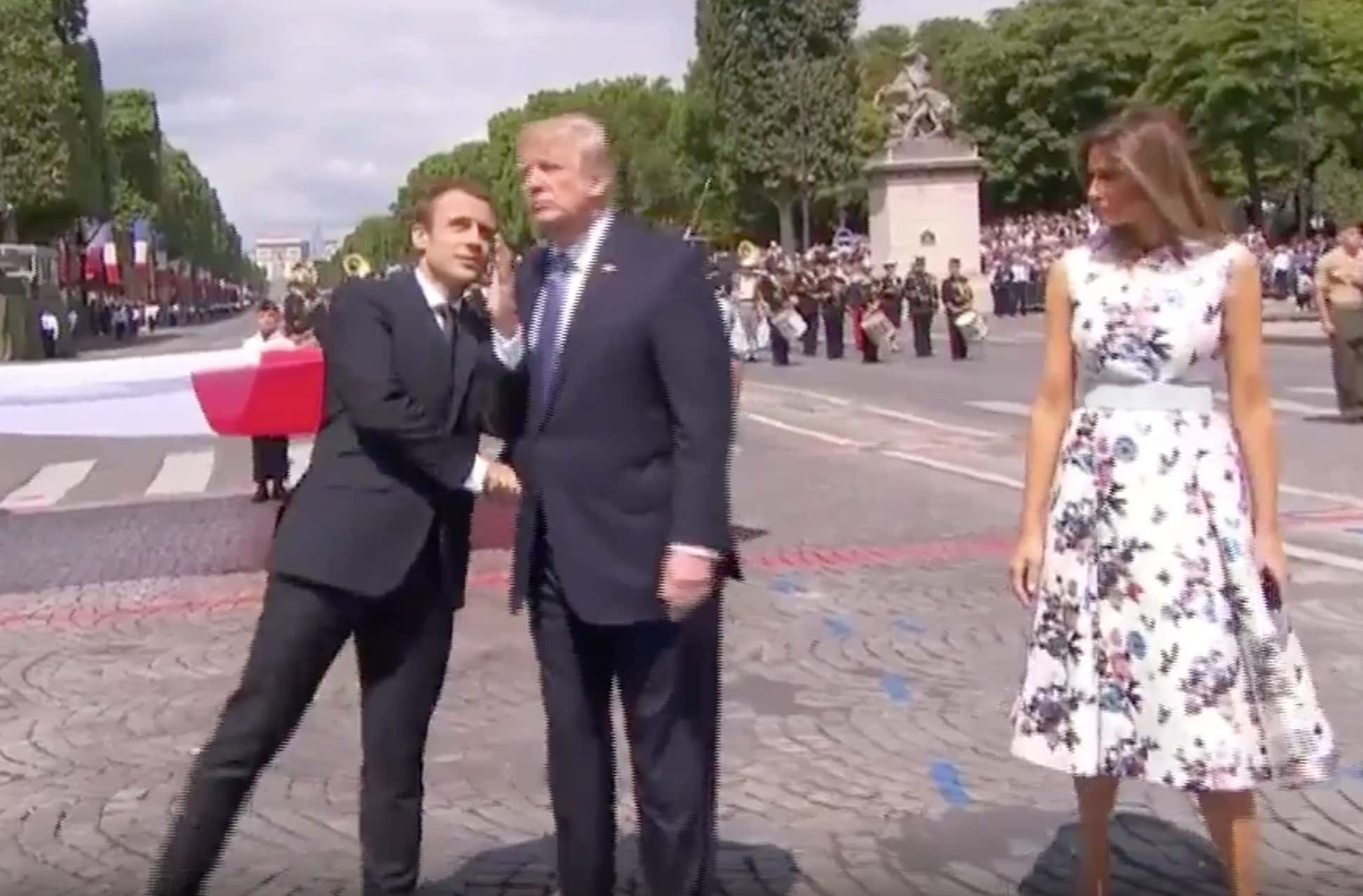 “Hey we’re walking…hey we’re walking…” BOOM, abrupt stop followed by an immediate yank. What a move, catches Macron completely off balance while Donnie’s staring off into the clouds like Zeus communicating with Mount Olympus. 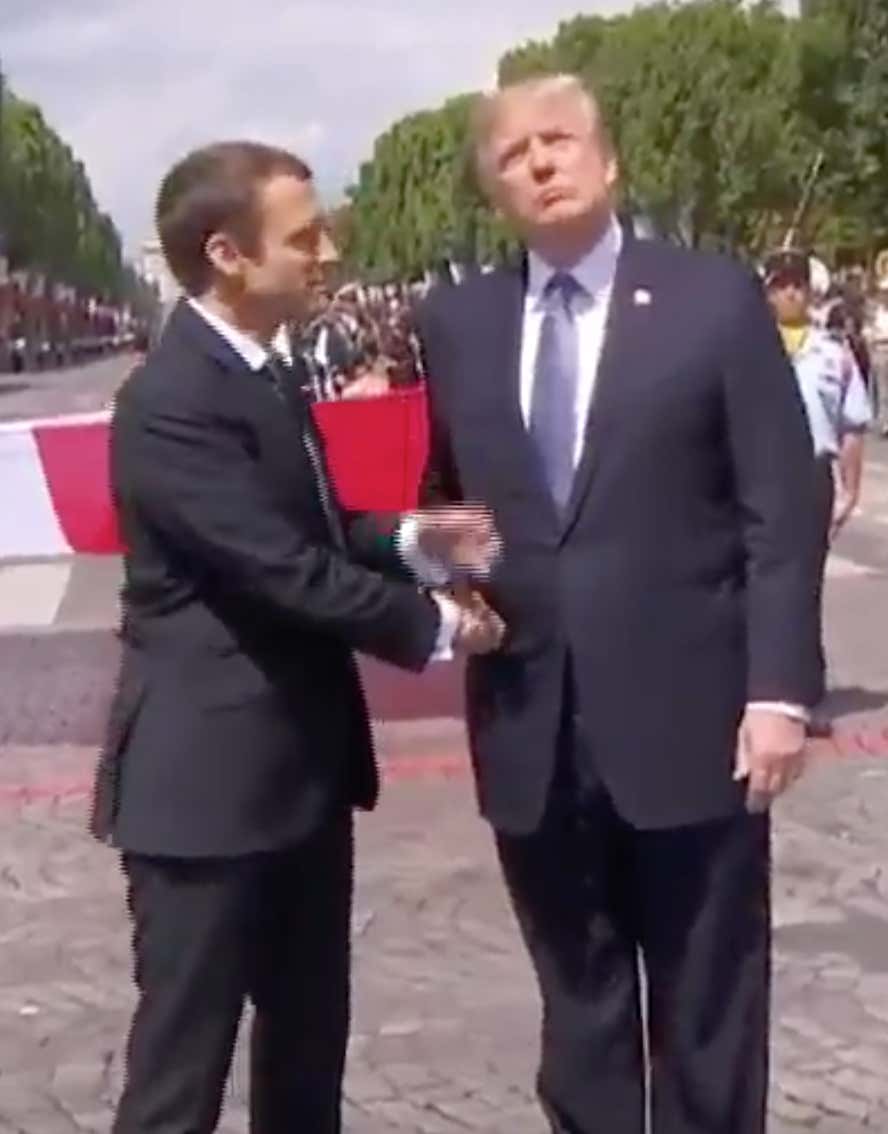 Dominance asserted. Be more of a beta, Emmanuel. You can’t.

(Melania also nailed it, as is tradition) 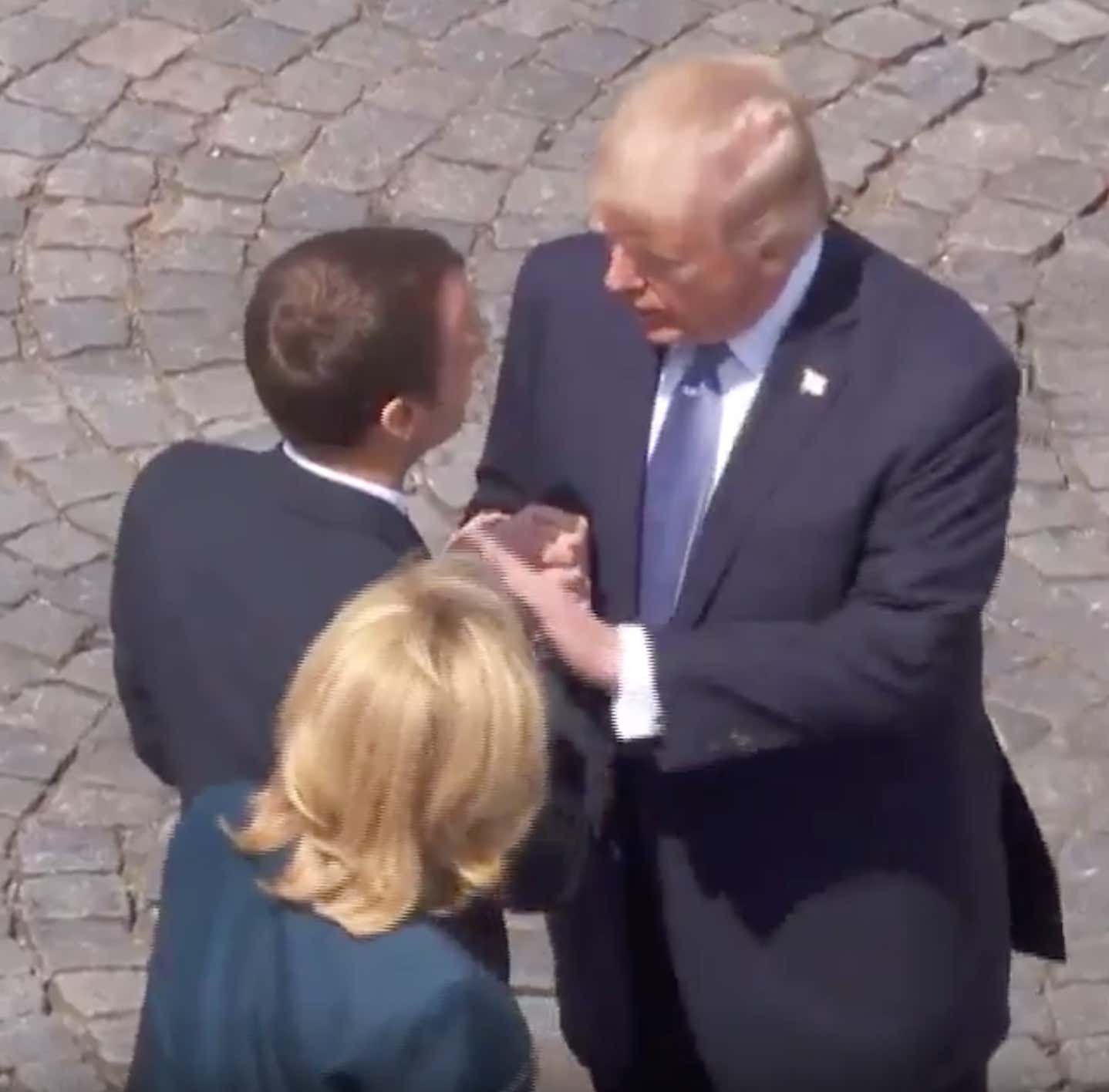 This is a new one to me. While engaged in the bro-hug type handshake grip, he pats Macron’s left shoulder with an open palm? Oh my. Not sure where I stand on this one, but it led to this heroic moment… 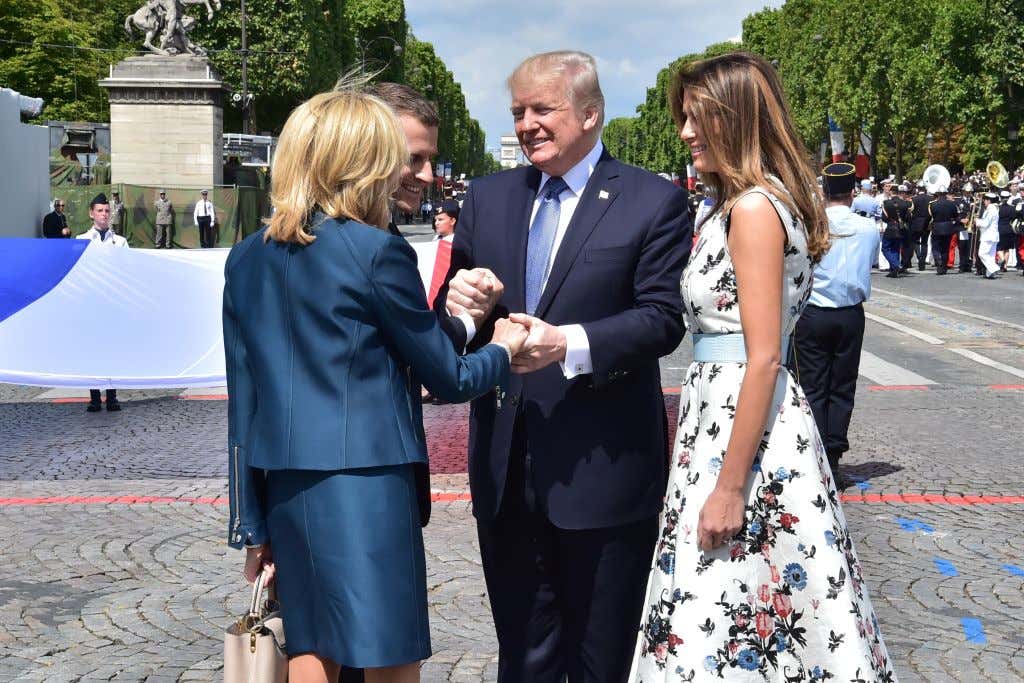 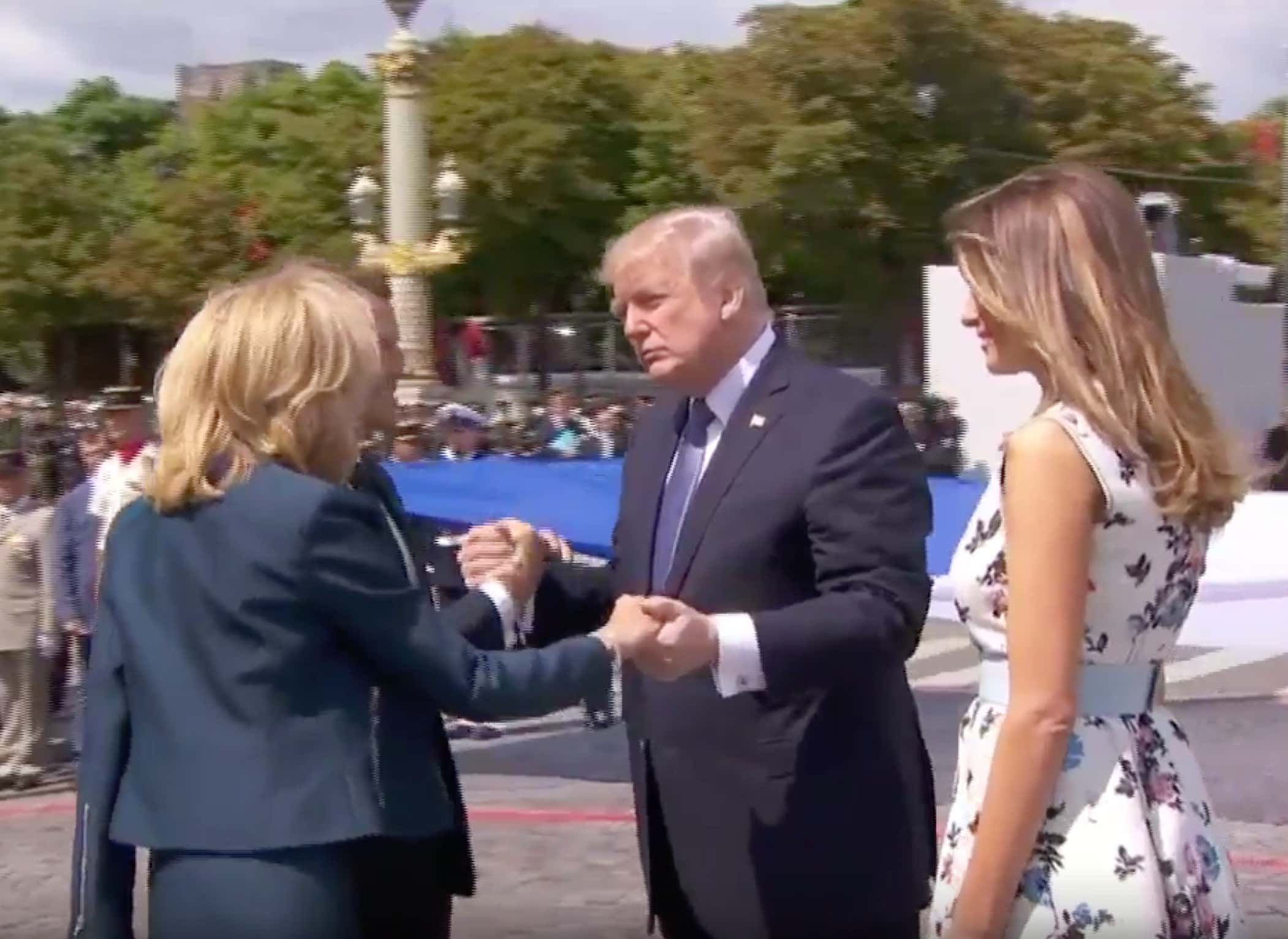 Through ALL of this, he still hasn’t let go of Macron’s hand. Not once. Not even close. He’s got a better hold of that thing than Portnoy’s got on YP’s leash. 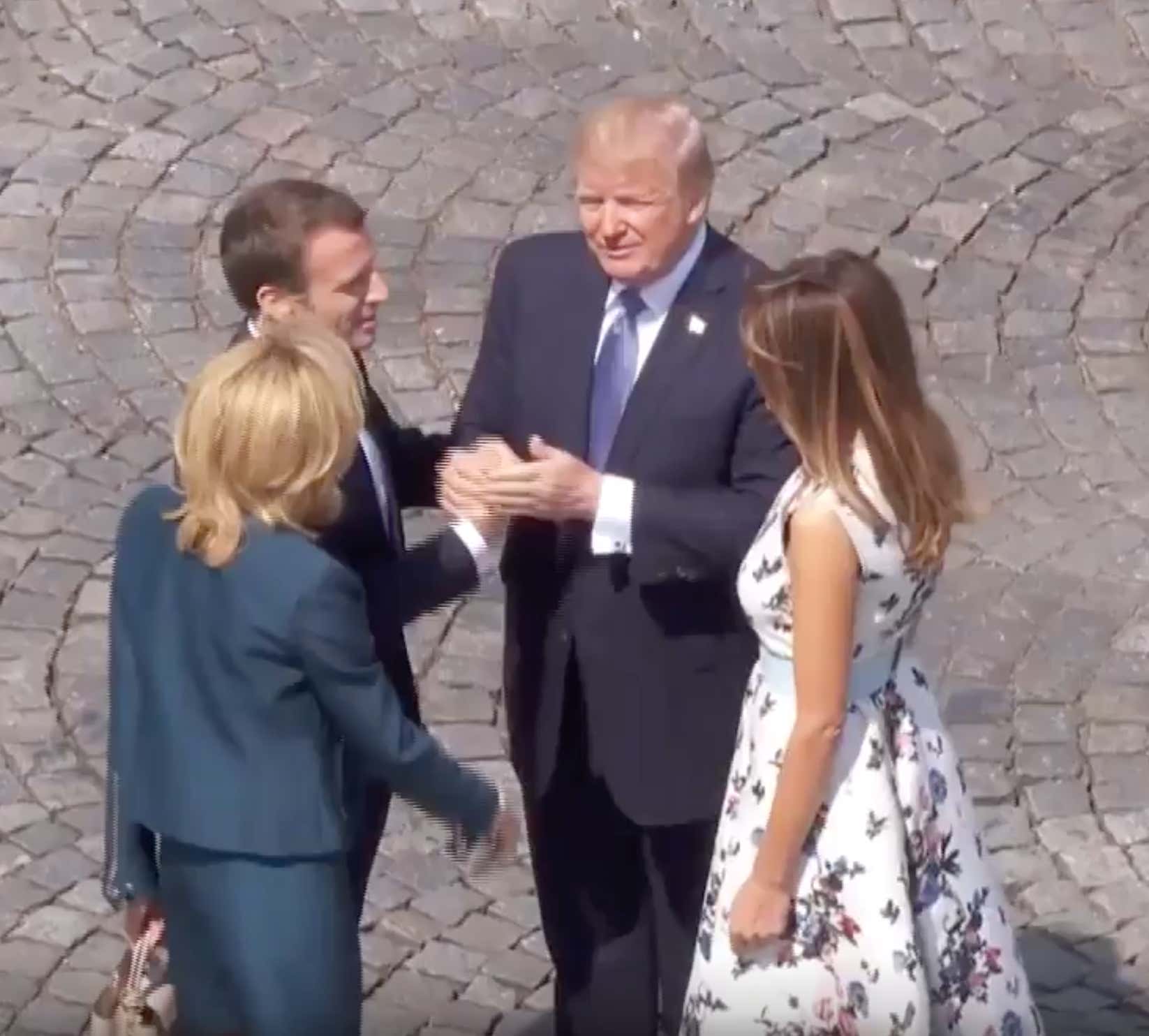 A couple closing taps, and finally we were done. 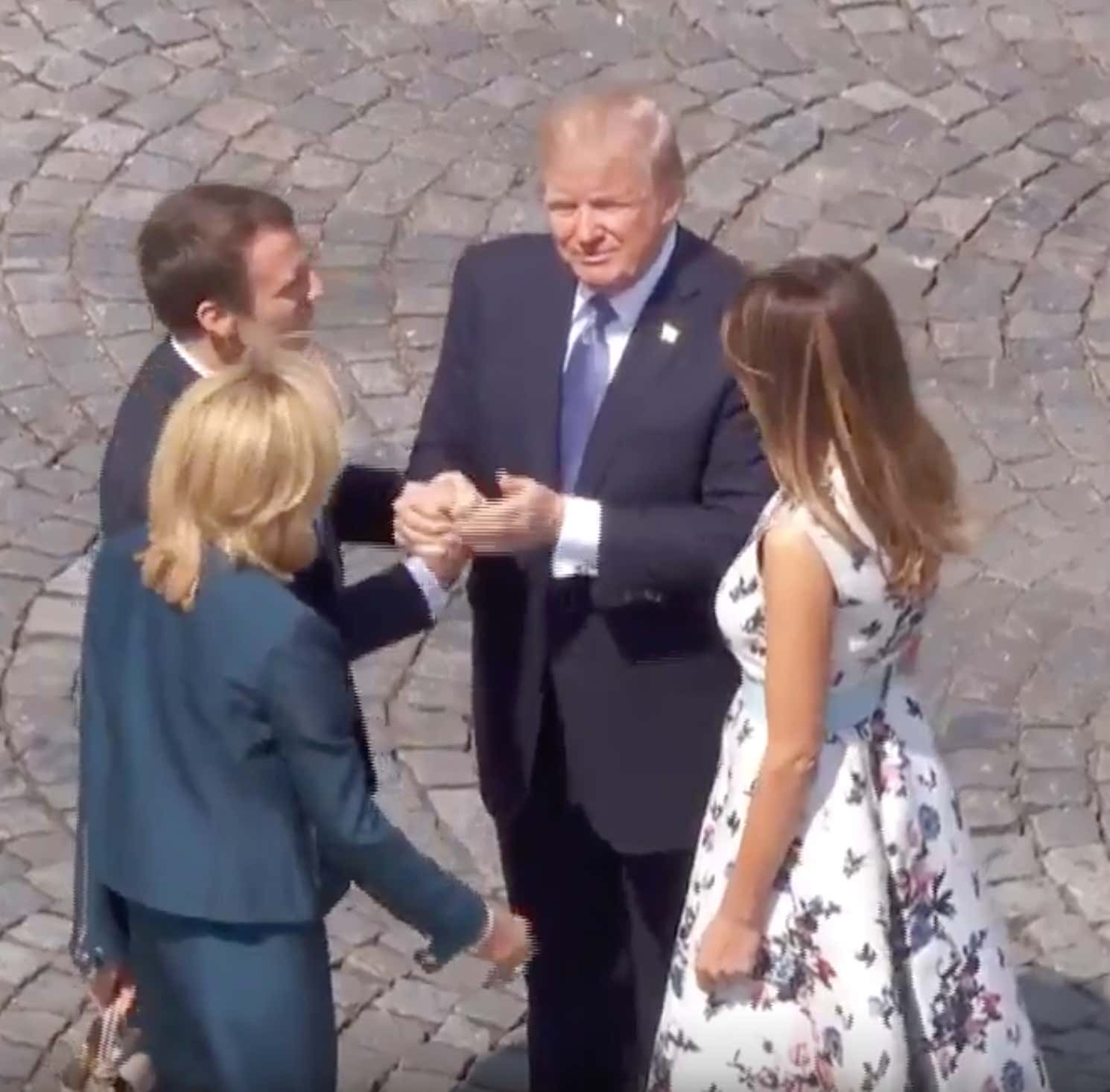 By my count, that was a 28-second handshake. TWENTY EIGHT SECONDS! Poor Macron wanted out about 3 seconds in but still had 25 to go. Can’t imagine what that feeling’s like. Pure hopelessness. But when you bust out the big guns for Donnie, when you get him that excited, when you stroke his ego with such perfection, he’s going to thank the shit out of you and thank the shit out of you with a damn 28-second-handshake. I’m kinda surprised that didn’t evolve into a full-on make out.