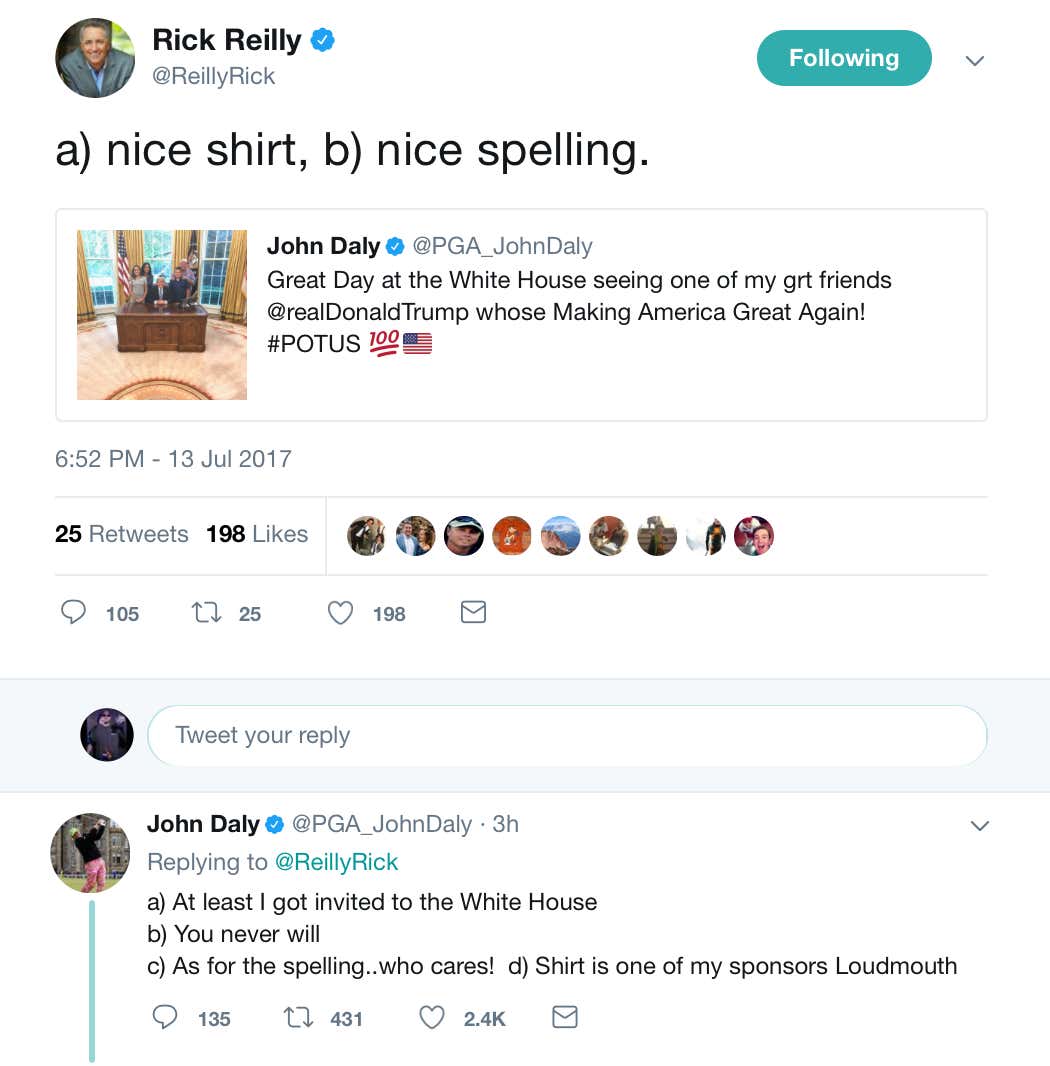 So Rick Reilly is really doing this, huh? He’s really going off the deep end even further? This honestly makes me think Reilly is doing it on purpose. I think he’s trying to become as unpopular as possible. He was once the most lauded sports writer in the land. I used to read everything he wrote. He was so good and he was good in as few words as possible. I also grew up reading everything Bill Simmons wrote but he would write 95,000 words. Both styles work but there was something to be said about the way Reilly could sum things up quickly. That guy doesn’t seem to exist anymore. I’ve mentioned it before but Louis CK once talked about doing an experiment where he’d purposely try to lose all of his Twitter followers. I think Rick Reilly is actively trying to do that. What’s one great way to make people hate you? Attack one of the most popular, blue collar athletes in the history of sports. I’m sure part of his attack is tied into just how much Reilly hates Donald Trump but still a weird move to take shots at Daly. That’s gonna go over well on the internet 0 out of 100 times.