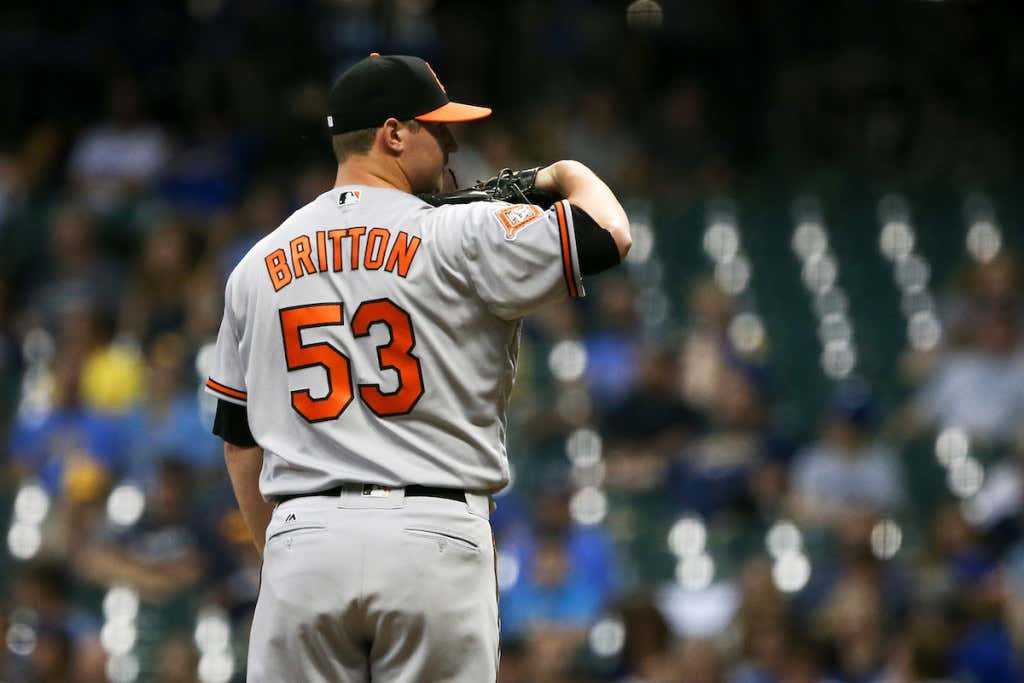 Teams with a major need for a closer have checked in to see if Orioles star Zach Britton is available. But there’s a surprise team on the list of teams to have called, and that is the team with the best closing situation – yes, the Los Angeles Dodgers.

The possibility of combining Kenley Jansen with Britton, who isn’t yet available but could come become available, is delicious. And that goes for not just fans, but anyone connected to the Dodgers.

“Man, that would be awesome,” said Kenley Jansen, the game’s best closer when informed the Dodgers had at least had a conversation with the Orioles. “You just gave me goose bumps.”

The Dodgers are already the best team in baseball this year however you wanna cut it up — record, wins, run differential, fewest runs allowed, team ERA, whatever. They’re the top dogs in 2017 to this point. Imagine if they paired the best closer in baseball from 2016 with arguably the best closer in baseball from 2017? Game over. They’re playing seven-inning high school games if everything falls into place like I listed above. A lot of ifs, but not terribly far fetched.

Britton ended up on the disabled list two weeks into the season with a left forearm strain, was activated at the beginning of May, and was back on the shelf within four days and wasn’t activated again until last Wednesday. He’s appeared in three games since being activated, two of them scoreless, but allowed a pair of earned runs on three hits against the Twins last Friday.

Something to keep an eye on if you’re the Orioles, the Dodgers, or any other team interested in Britton for that matter — his velocity is down a tick. Last year, Britton’s fastball/sinker averaged 97.44 MPH. Since his most recent return, his fastball/sinker is averaging 95.34 MPH. Seems odd to think that something’s “off” when a guy is throwing 95, but when you word it as he’s lost two miles per hour off his fastball/sinker, then you can see why that might raise some concern. Could also be very conceivable that he needs to ramp back up to his normal velocity.

As far as what it would cost to acquire Britton, despite his injuries in 2017, he obviously would not be cheap given both his ability and the fact that he has another year of control after this season, his fourth year of arbitration before becoming a free agent after 2018. It’s also worth noting that he’s a Scott Boras client, so if you’re thinking about an extension after any potential trade, you can forget about that all sorts of quick. But, man. Can you imagine a healthy Britton in the eighth handing the ball off to Jansen in the ninth throughout October? Yikes.