Peyton is no stranger to awards shows/getting his dick sucked for accomplishing incredible things. His entire life he has been groomed to be an NFL QB. Ever since Archie was slanging the rock for The New Orleans Aints. He accomplished everything imaginable at all levels. This is not saying he’s the greatest QB of all time, because all of those conversations are idiotic. So many things go into winning in a team sport, and to be honest Tom Brady is an ice cold killer in pressure situations with an entire hand of rings. So, let’s just agree that Peyton Manning was an incredible QB. The thing that launched Peyton into the stratosphere of pop culture was his ability to deliver comedy. From his commercials in which he has sold everything, to the infamous SNL skits, the dude has chops. Last night he crushed.

Writers definitely told KD and Russ to act upset about it, not sure it was the best look for them, but who gives a shit, PFM was delivering.

Julian Edelman should host next year for future reference.

That was beautiful. I really thought the whole show was fantastic actually. I’m not the biggest fan of ESPN, but the ESPYs were great. That Cubs bit was horrendous, but not a bad concept.

I was lucky enough to be teammates with Peyton, and to drink a few beers with him. Here’s a video showcasing the pizza salesman’s incredible ability to predict the future. Peyton invited me to a golf outing and this happened. Hope you enjoy. Cheers.

Get a shirt, represent Barstool and America. Perfect for all occasions. 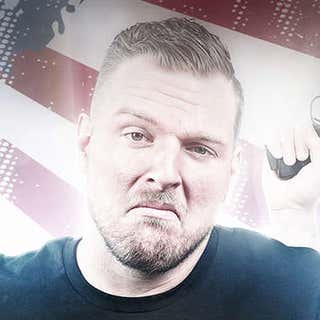