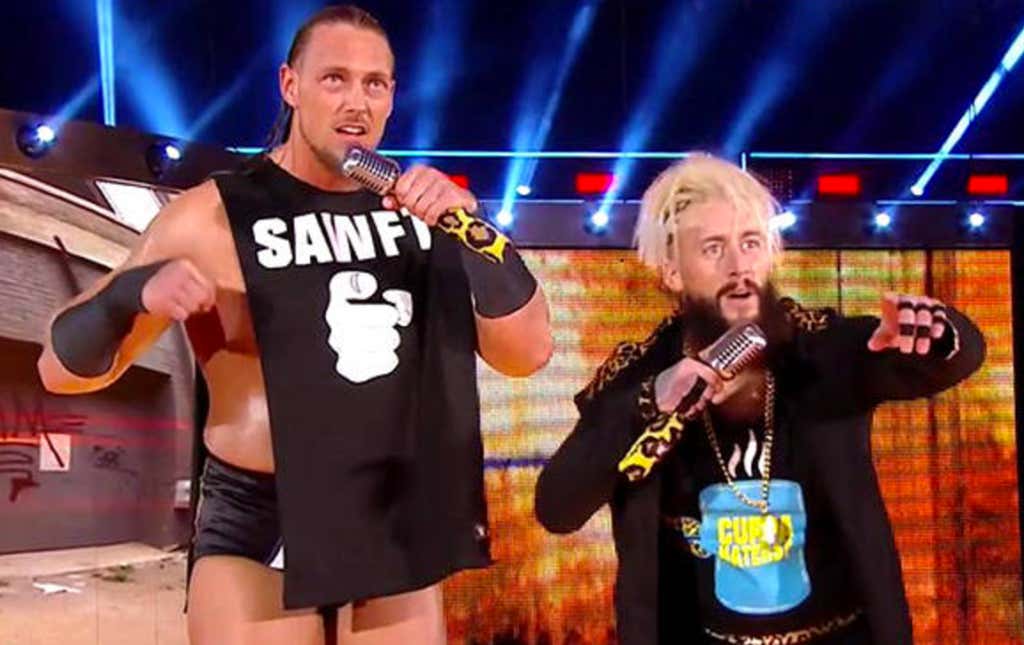 “While this was probably not the reason for the split, since the split was teased months ago, Enzo Amore right now has a lot of heat on him. There was an incident on the tour bus when the talent was traveling together several weeks ago. We haven’t been able to confirm the details as to why this happened although it had to do with the business and it upset many to the point that Reigns kicked Enzo off the bus and for a time he was given “Miz treatment” in that he wasn’t allowed to dress in the locker room. The line where he talked about his real life being better than his fantasy life was something of a shoot in the sense he’s now based in Los Angeles and having a great time in his non-wrestling life. He was also legit not happy at the breakup of the team, because in reality, it’s hard to see what his prospects are on his own given the way he’s been portrayed as a guy who is a joke when facing real competition.

Cass has some heat, particularly with his views on politics as he’s a strong Trump supporter in a locker room where many don’t share those views, but management is super high on him and unlike with Enzo, the reaction of the wrestlers to him will not affect his push, at least right now. But the reaction to him is pale compared to that of Enzo.” -Dave Meltzer on this week’s WON

I read this story late last night, and I was actually pretty stunned because I haven’t heard anything about this. Dave Meltzer is right more often than not though, so I gave him the benefit of the doubt, and I believed it.

Woke up this morning, checked with a few sources in the company, and they were more surprised than me, because apparently 99.9% of this is a completely made up lie. I know there was some incident with Enzo on the European tour, and this “bus incident” exists, it happened, but it was described to me as a joke more than anything. Cass being an over the top hardcore Trump supporter was news to everyone I told, so while he may have voted for the guy (I really don’t know or care), he’s certainly not walking up and down the halls of the locker room screaming “MAGA!!!” I’d say “don’t believe everything you read on the internet, kids” but that seems hypocritical coming from a 19 year old blogger. So just, don’t believe wrestling dirtsheets. I’m sure they’re pals.