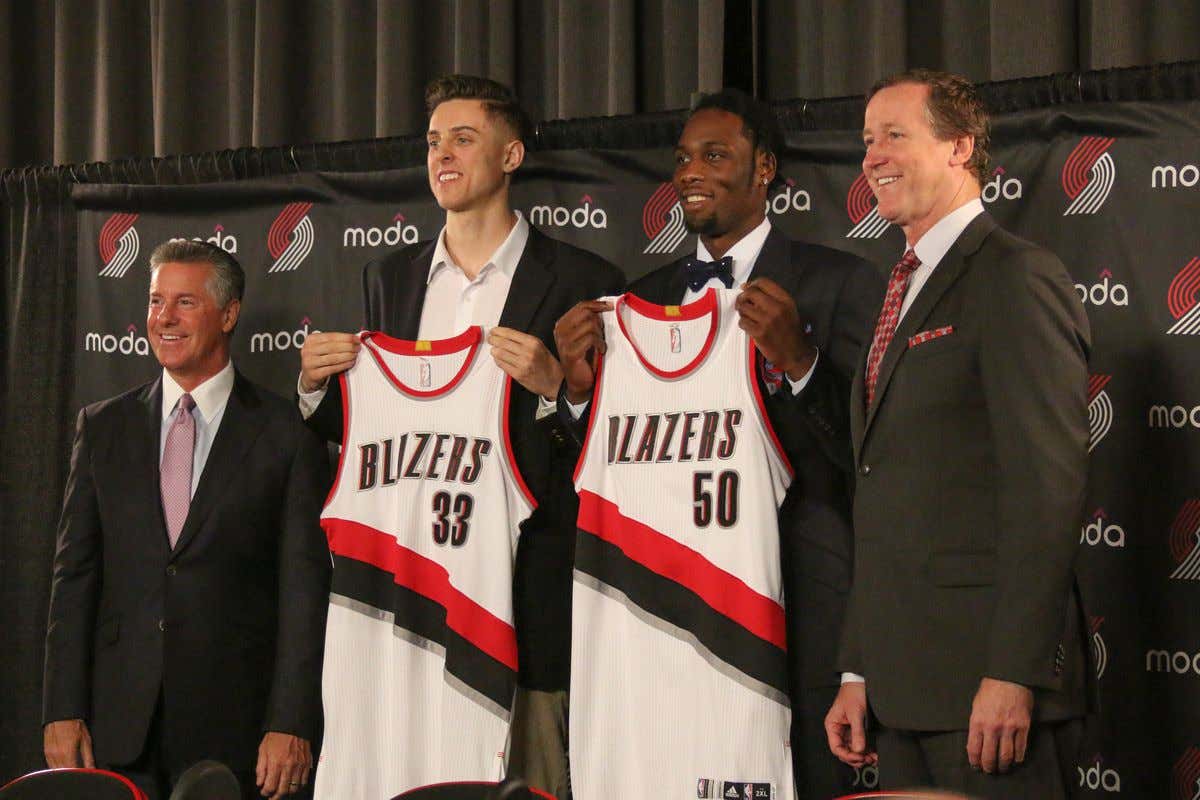 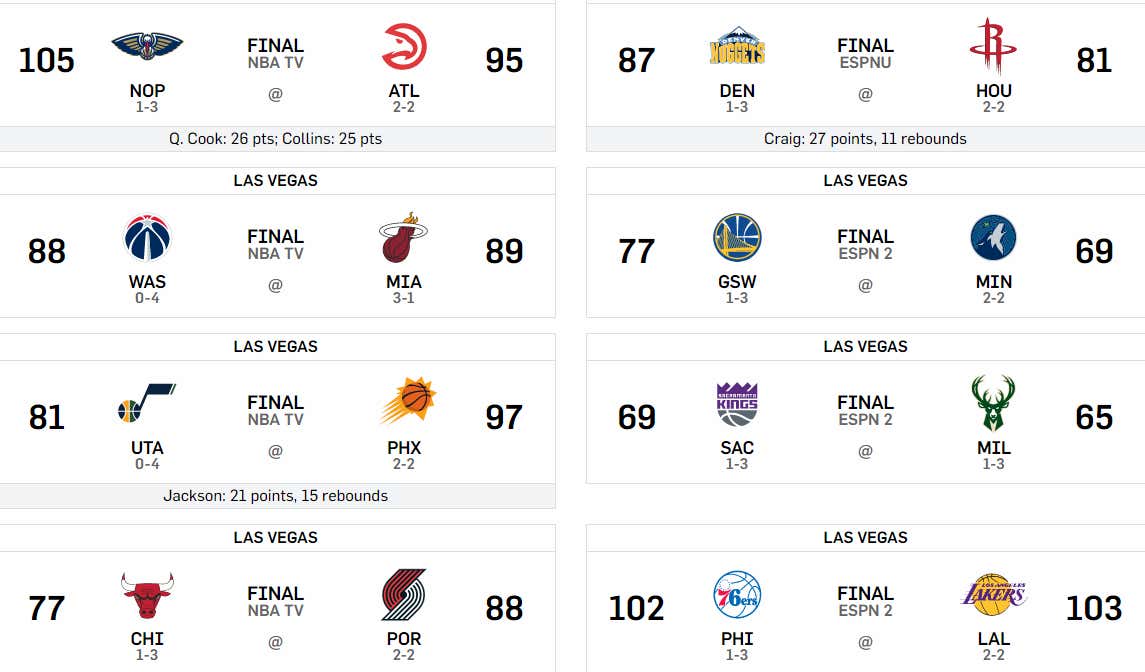 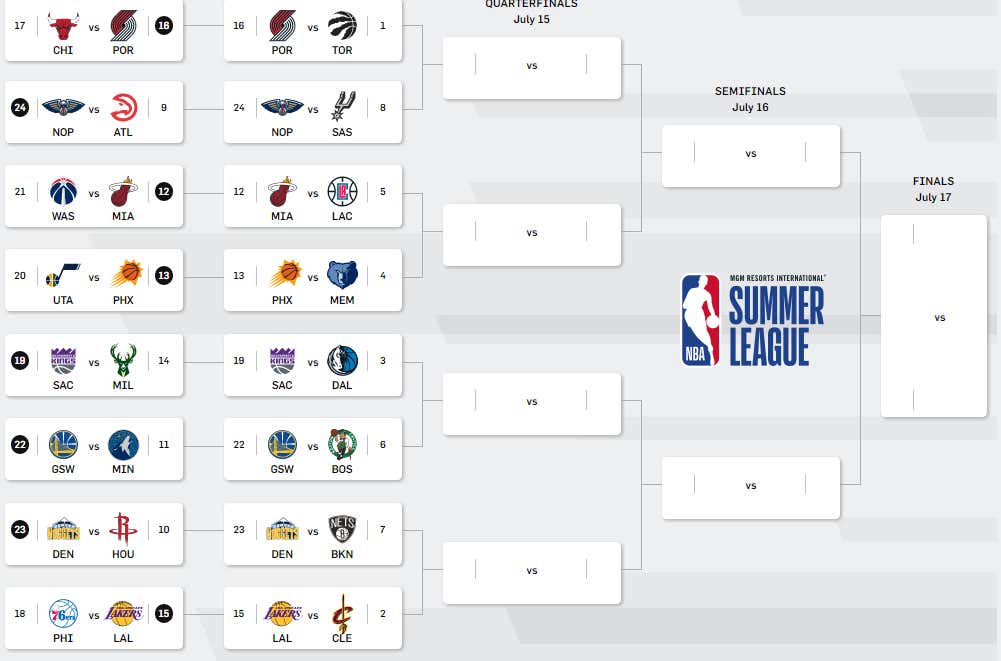 Vegas Summer League – John Collins is an Early Candidate for Dunk of the Year:

John Collins, ladies and gentlemen. He’s been one of the three most impressive rookies so far this summer as he’s shown a more well-rounded game and the fact he even thought about dunking this is a great sign. Not in the sense that he’s showcasing he can murder dudes left and right by yamming on them, but rather that he’s looking to be aggressive at this level. At Wake Forest, he was much more of a ‘finesse’ type player in the sense that he didn’t necessarily look for contact. He finished at the rim with a nice array of moves but never really went after someone. Well, Atlanta Hawks John Collins is looking to stick his nuts right on the top of your head when he attacks the rim. He still needs to improve his defense and continue to work on his midrange game, but he’s more polished offensively this summer league than many imagined.

Just a little ho-hum 36/11 stat line for Lonzo Ball with a couple of absurd passes like the one above. Guess his hip/groin is feeling much better after not having to guard De’Aaron Fox? All jokes aside, Ball is continuing to show what he’s capable of as a passer. That’s who he is first, a playmaker. He’s not the ‘scoring’ point guard we are starting to see, but can go get his own buckets. He’s simply a dude that makes other guys around him better with his playmaking. This play isn’t something that will jump out at you:

But his ability to make that pass from 20 feet away will bail the Lakers out quite a bit. If they get stuck in the clogged toilet offense, you have a guy that can just make an entry pass to the post, where only his guy can catch it, from that far you’re going to get saved. His shot is still struggling a bit, but that will come around. He’s always been an effective shooter, especially from the 3-point line. He does need to improve shot selection at times, but it’s summer league and I’m not going to read too much into that.

Portland is set in the backcourt with Dame and CJ, but there are legit questions about depth and the future in the post. Well, this summer both bigs in Zach Collins and Caleb Swanigan are looking the part of first round picks – especially Swanigan. The more I watch these two, the more I think you can truly play both together going forward. Both have the ability to step out and shoot the ball – Swanigan currently a little bit better than Collins at that and while Swanigan struggles defensively, Collins is excellent at protecting the rim. Swanigan is continuing to grab rebounds as he’s second in the Vegas Summer League with 10.5 per game.

Vegas Summer League – Jordan Bell is Winning Everyone Over:

If you watched Bell at Oregon, you sort of knew what to expect from him at the NBA level. He can guard all five positions, protect the rim, rebound and more importantly can excel at the small-ball five spot. He’s drawn comparisons to Draymond Green – mostly because both play for the Warriors – but that’s a little unfair. However, we are seeing Bell show he’s worth the Warriors paying for the second round spot to get him. He should have been a first round pick. He’s the type of guy that can play a major role in a game without demanding the ball offensively, something that the Warriors usually have in their big guys. 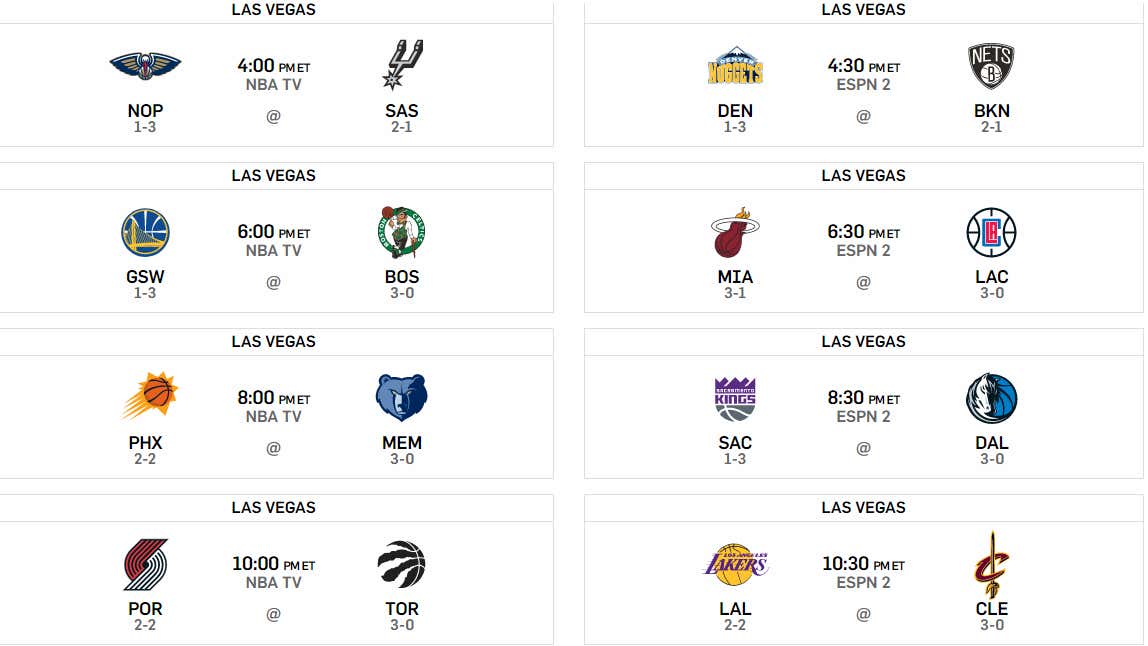 This is an intriguing signing strictly due to what the after effects will be, which is likely waiving Boris Diaw. Jerebko has never averaged double digit in points for a season, but can come in and provide some stretch shooting as he’s a career 35% three-point shooter. The Jazz are just trying to find ways to replace Gordon Hayward in terms of scoring, which as mentioned numerous times, won’t be just one person. They are adding depth to a team that should still make a push for the playoffs in the incredibly deep West, which is the smartest thing they can do.

Speaking of adding depth, here the Jazz are again making a signing. This is a signing that will help Utah’s defensive identity stay where it was. As I mentioned before they were 3rd in defensive rating last season and they’ve added Sefalosha and now Udoh to the roster, which should bolster that side of the ball even more. Udoh was the No. 6 pick in the 2010 Draft, who fizzled out of the NBA before having a breakout campaign in Europe and won the EuroLeague with Fenerbache. Udoh is a guy that can switch all ball screens and protect the rim, which makes him a quality backup behind Rudy Gobert.

This is a really cheap deal for Illyasova, even on a one-year contract. The Hawks need a stretch four and that’s exactly what Illyasova does, and has familiarity with the Hawks since he ended the season on their roster. He averaged over 10 points a game while on the Hawks, his third team last season, playing with Oklahoma City and Philadelphia as well. The Hawks are in full tank mode, so keep an eye on them as trade partners. They currently have $10.9 million in cap space, which means they can take on the bad contract for a young asset or be a partner in big trades.