Back when Francis and I were on our way to Chinatown he asked me if there was such thing as “Chinder” or Chinese Tinder. While there are a bunch of tinder knock offs on the Chinese app store, the Shanghai Marriage market is by far the most unique way young people in China go about finding a potential spouse.

Imagine if the website Match.Com wasn’t an online singles market but an actual market in a park in the middle of Shanghai. Now imagine that if instead of single people, this market was filled with the parents of single people trying to find an appropriate spouse for their child. That’s the Shanghai Marriage market in a nutshell. 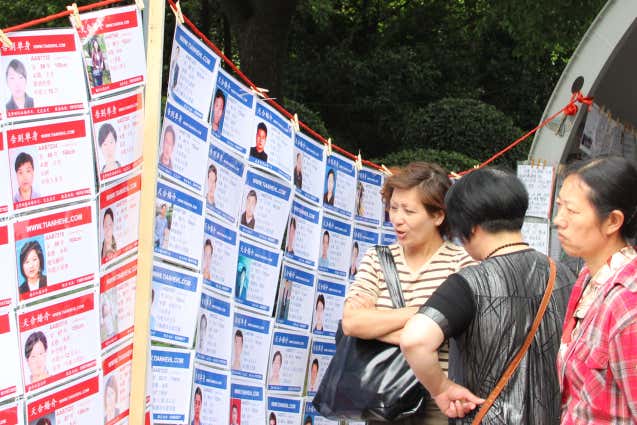 For as long as I’ve lived in China, parents of unmarried children have been flocking to People’s park every Saturday and Sunday with sheets of paper(“resumes”) that advertise their child’s age, height,  job, income, education, family values, Chinese zodiac sign, and personality. All the parents then walk around comparing the resumes’ of their children in hopes of finding them a suitable partner. Back in 2013 I headed down to the market a couple times with two wildly different resumes to do a  little social experiment. The results can be seen above. The first resume I used can be seen below. 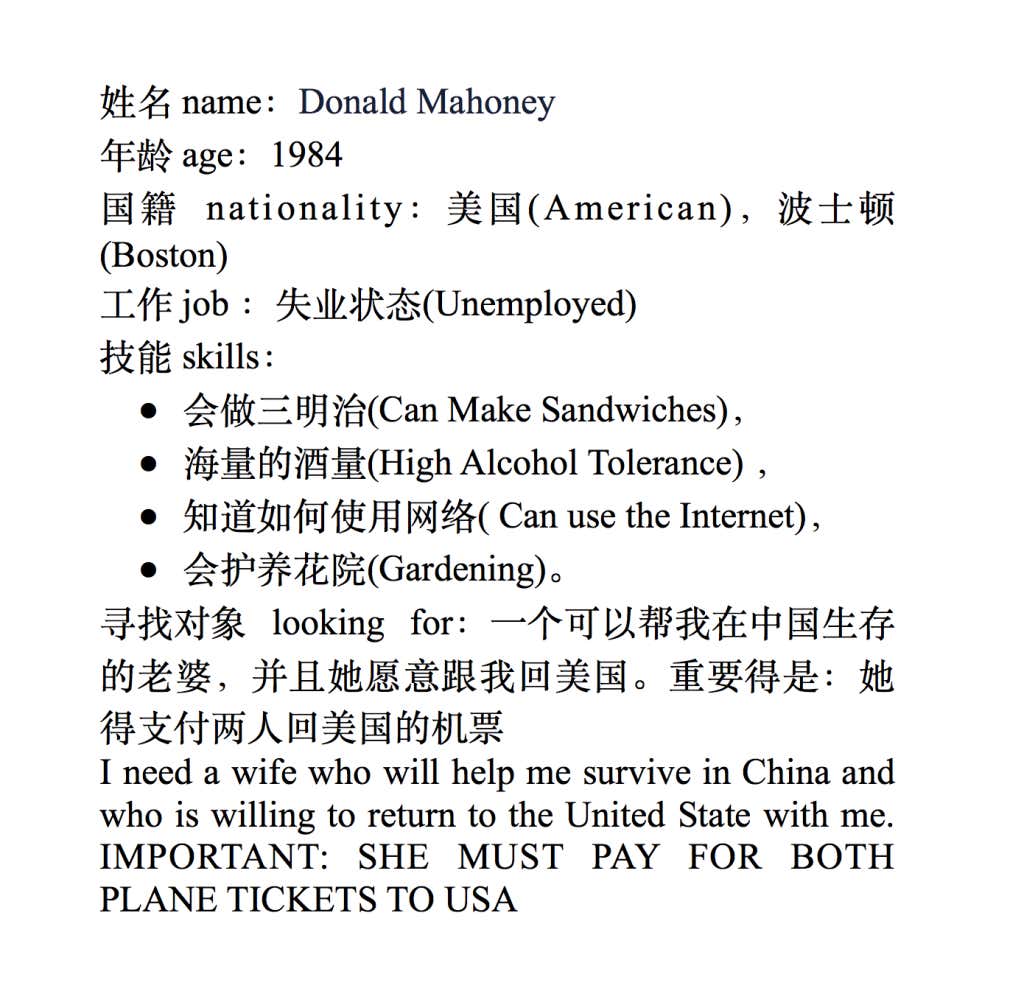 Last week I was thinking about what I would do if I did another video there when I came across this chick. 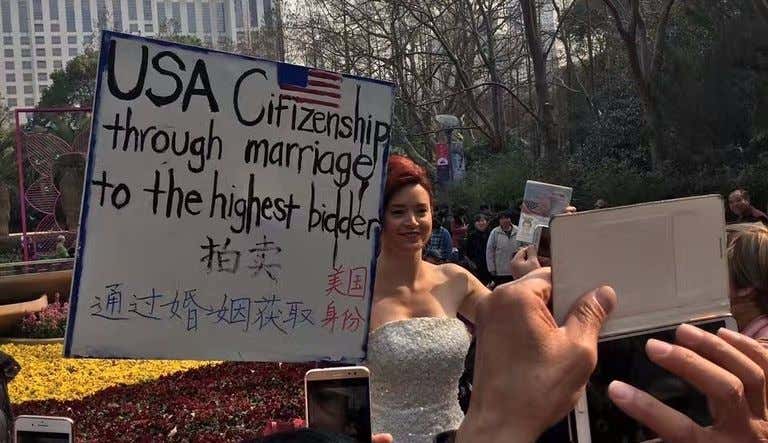 Apparently she wasn’t for real tho…

She said it was a performance art piece, in which she was “commenting on the current U.S. immigration policy” and questioning the perceived value of being an American situation in Trump’s era.

“This was in no way intended to be a critique of Chinese culture,” she remarked, distancing herself from an earlier statement posted by the studio behind her work, Artless Studio.

The studio had said that the work was meant to be a critique on marriage in China.

“‘Matchmaking’ is a marvel of our time, [and it is] witnessing the change in family values and views on marriage in the chaos of capitalism,” the studio said. (mashable)

Jeez guys make up your minds. We making fun of USA or China here?? Ever think maybe you just did it to stir up some drama and get some clicks/likes?? Ain’t no shame in the game. All I know is if I was a Chinese parent this chick wouldn’t be getting a cent from me. Gotta save my money just in case this guy shows up at the market again and expects a dowry. Would take Gandalf over a Green Card any day of the week. 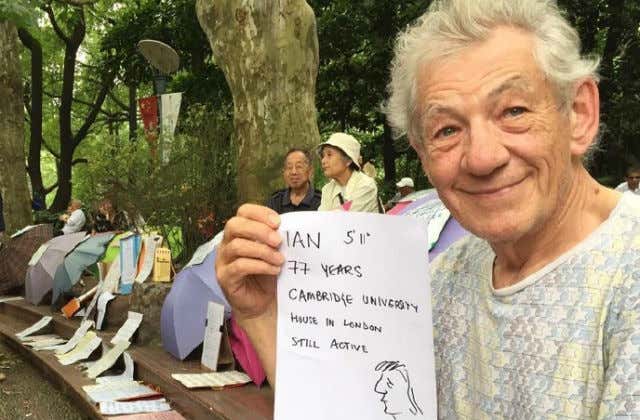