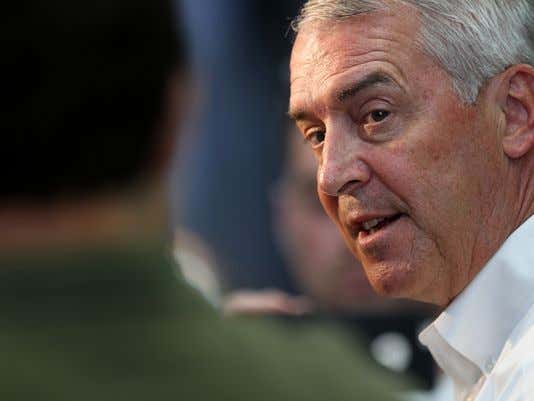 Des Moines Register– “Iowa athletic director Gary Barta never feared for his job or considered resigning after his department paid out $6.5 million to settle two discrimination lawsuits in May, he told reporters Tuesday.

Speaking for the first time since the high-profile cases were settled, Barta said he remains “very confident with the decisions that we made and that I made. Tactically, I suppose you could always think of things that could have been improved upon.”

Barta said the $6.5 million was paid from the athletic department’s reserve funds. Barta, who was not a named defendant in the lawsuits, was asked if he nevertheless felt personally responsible for costing his department that money.

On May 4, a Polk County jury unanimously found for longtime Barta aide Jane Meyer in her trial alleging that she was removed from her position because of gender and sexual orientation bias. Meyer, the former senior associate athletic director, was awarded $1.4 million. The next day, University of Iowa President Bruce Harreld initiated a probe of the university’s employment practices, beginning with the athletic department. That effort has yet to start.

Barta, entering his 12th year as Iowa’s athletic director, was painted as a misogynist and a homophobe by Meyer’s attorneys, Tom Newkirk and Jill Zwagerman. The crux of their case was that a subtle undercurrent of bias permeated the Iowa athletic department and favored straight males.

“Over the years, I have had to develop a thick skin,” he said. “I sleep well at night knowing I did the best I could with the information I have. I’m not going to lie and say that the last several months were easy. They weren’t. They were difficult.”

The L’s keep stacking up for Gary Barta, but he won’t tell you that. People in Iowa care about Iowa football and very few other things, so he can essentially do whatever the fuck he wants, and as long as a team takes the field at Kinnick in September, he’ll still have a job.

He can continually offer Kirk Ferentz contract extensions (4.5 million per year through 2026), ensuring that he’ll coach until he’s 150, despite the overall mediocrity of the program in the last ten years with the exception of a couple great seasons.

He can hire a flash in the pan like Todd Lickliter promising a return to prominence, and set the basketball program back five or so years, because the guy was a horse’s ass, couldn’t recruit, and couldn’t win (38-58). 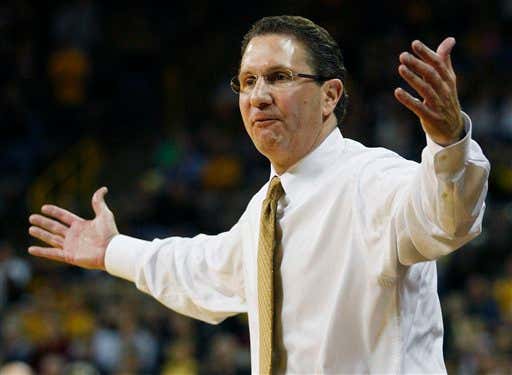 He can be painted as a misogynist and a homophobe by people who work within his department, shell out $6.5 million bones in two discrimination lawsuits, and not fear losing his job because his choices were “tactically sound.” He’ll definitely be able to pass through that university review unscathed with a shit-eating grin on his face. If he hasn’t been canned yet, I doubt that changes anything. And if there’s some crazy shit going on in the athletic department, you best believe he’s having people scrubbing the books clean right now.

Does any of this bother him? Not one fucking iota. He “sleeps well at night knowing he did the best he could.” There’s only one response to that and it comes from the eloquent mind of John Patrick Mason.

Nonetheless, Go Hawks. Here’s to enjoying another season anywhere from 6-6 to 8-4 followed by an embarrassing defeat in whatever 2nd tier bowl game they make. I hope I’m wrong, but I doubt it.