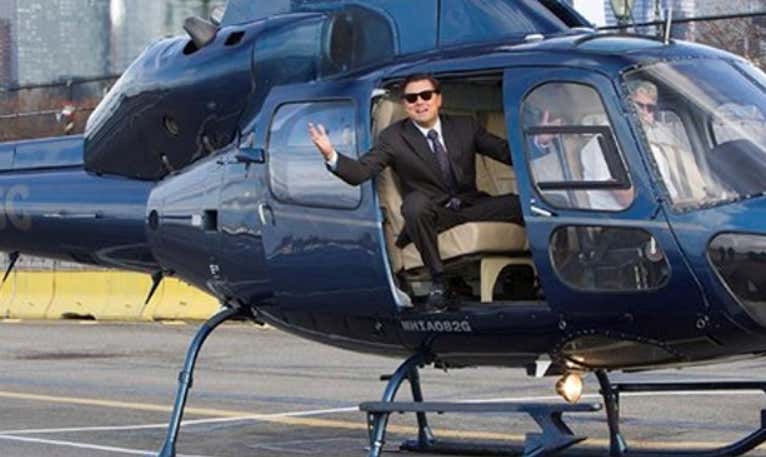 “SWANSEA – August Adolphus Busch IV, the former CEO of Anheuser-Busch, had in his helicopter four loaded guns, each with a round in the chamber, eight dogs and prescription pills when police prevented him and his wife from taking off from a parking lot, according to police accounts and a search warrant application filed Tuesday.

Swansea Officer Cheryl Venorsky arrived as the helicopter was preparing to take off. Venorsky turned on her emergency lights, and the pilot, later identified as Busch IV, shut the chopper down, the court record stated.

Officer Jason Frank then got to the scene and found Busch leaning against Venorsky’s squad car.

Inside the helicopter, police found four bottles containing prescriptions, according to the search warrant. Two were prescribed for Busch: Alprazolam, which is also marketed under the brand Xanax and is a minor tranquilizer, and Clonazepam, another tranquilizer that is used to treat panic attacks.

At some point, Busch told the officers that he was having an anxiety attack and started jumping around and running sprints, saying he was trying to get oxygen to cope with the anxiety attack.
Once Busch calmed, he allowed Frank to pat search him, then Frank asked if he could search the helicopter. Frank wrote that he found a pepper spray gun, a Ruger .22 revolver, a Ruger .357 Magnum revolver and a Glock .357 Magnum. All the guns were loaded.
Busch was then arrested and taken to the Swansea Police Department.”

First things first, let me say that in no way shape or form can I condone operating a vehicle under the influence. Far too many people have lost their lives or become permanently disabled as the result of reckless actions, not to mention a DUI arrest can and will fuck your life in a variety of ways. That being said, getting arrested for Tiger Woodsing your helicopter while armed to the teeth is a power move of EPIC proportions.

If there’s anything I know about the mega rich, it’s that the Daddy Warbucks of the world don’t go to jail. OJ Simpson, Kobe Bryant, R. Kelly. All noted criminals, all skated by on their initial charges due to the simple fact that their respective bank accounts are (‘were’ in OJ’s case) significantly larger than the average American citizen. Money truly makes the world go round and everyone has a price as long as you have the cash to front, which is why this arrest seems so fishy to me. Doesn’t the former CEO of the most popular pilsner in American history have floorboard money lying around? And if so, wouldn’t you keep a bag of cash in your personal chopper to use as getaway money in case of emergency or to bribe nosy neighbors and law enforcement officials? The answer is yes btw, unless Busch IV got himself arrested on purpose to let everyone know he’s the type of swinging dick that owns breweries and helicopters and small arsenals. In that case, a suspended license and 100 hours of community service may just be worth the price of flexing on all the haters and losers out there.