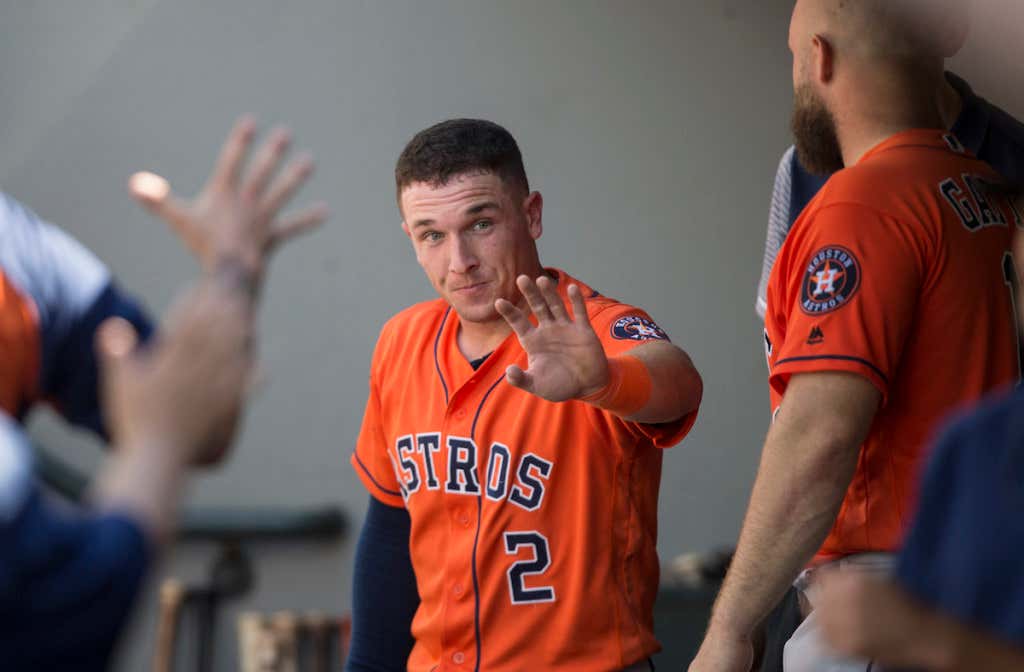 Everyone has a different stance on Twitter trolls. If you choose to just straight up ignore them, that’s fine. Nothing wrong with that. Me personally, I’ll occasionally respond but I’ll do it publicly so that everyone can see how stupid that person is. Sliding in the DMs to argue with someone that’s busting your balls on the internet? That’s a bad look, especially when you’re a professional athlete. It’s an even worse look when you’re searching your own name on the internet, which is what I’m assuming Astros infielder Alex Bregman did here. 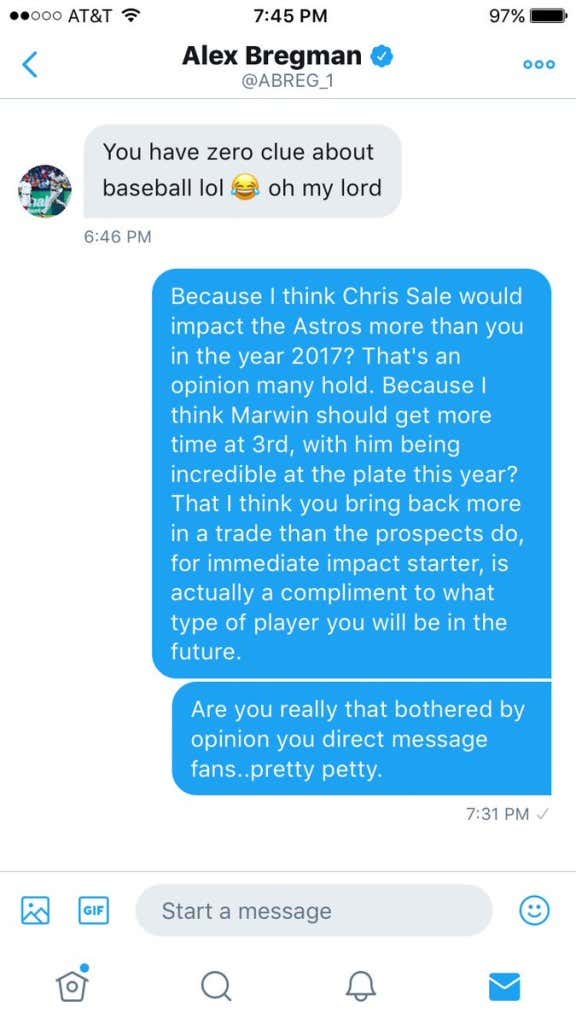 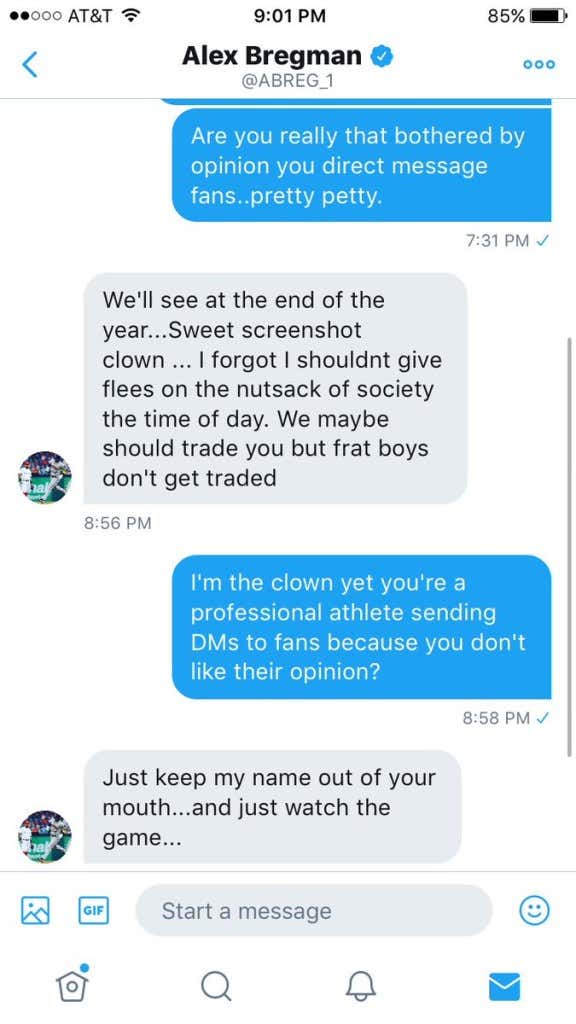 Allen H here says that he didn’t tweet at Bregman or tag him in anything, and the tweet in question that likely led to the DM-sliding appears to be this one right here:

This story could be true, but why would you ever waste your time privately confronting someone with 300 followers on Twitter for something that they said about you? Maybe 20 of those 300 people are going to see that tweet, and possibly two or less are going to actually know who “Bregman” is. No offense to Bregman, but he’s a 23-year-old who doesn’t play in a big market and doesn’t even have a full year of service time in the big leagues yet. A microscopic percentage of the world’s population was going to see that tweet, and now that number becomes exponentially larger because he decided to confront this individual.

Free tip here — if you’re a pro athlete, never search your name on Twitter, especially if you’re not doing well. If people aren’t tagging you in their tweets, they probably don’t have something nice to say. I don’t even know why athletes check their mentions at all, never mind search their own names. Nothing good could ever come from that.

We can chalk this one up to both immaturity and inexperience in regards to Bregman, but this will surely be a lesson learned the hard way. Sometimes you just gotta let shit go and learn to pick your battles.