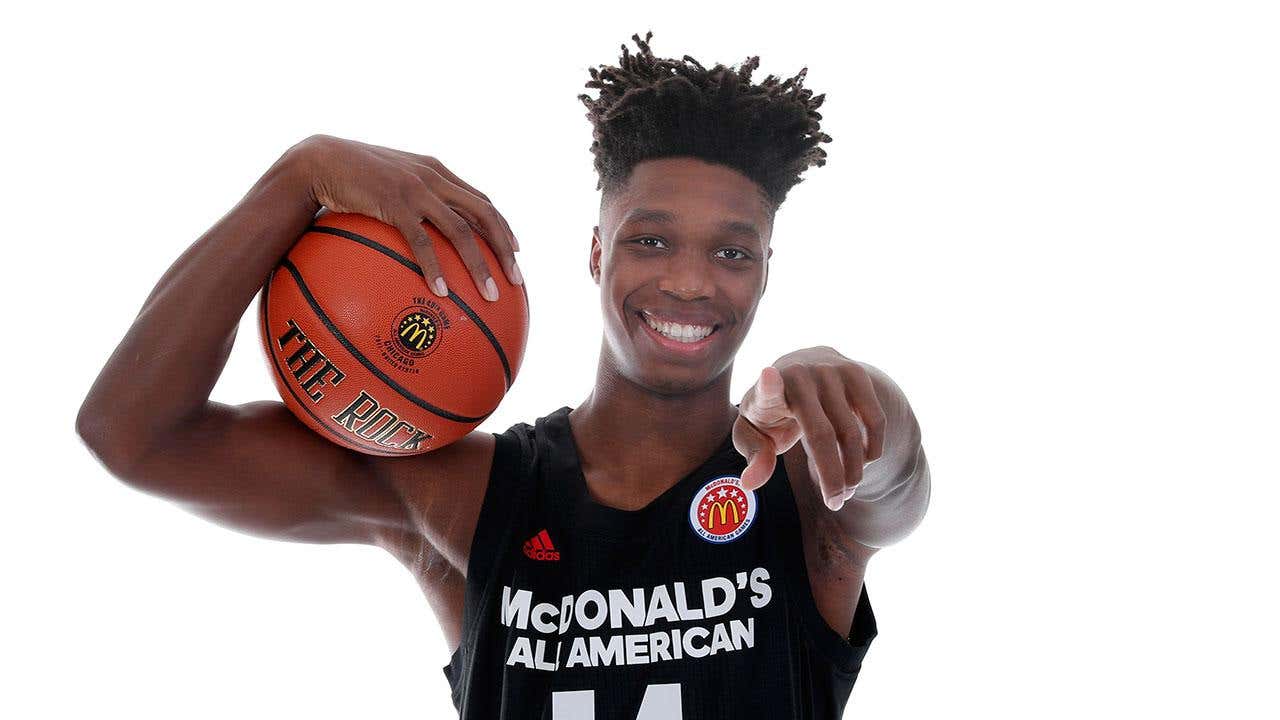 Some bad late night news in the college basketball world. Lonnie Walker, a McDonald’s All-American and top-12 recruit across most boards suffered a torn meniscus. Miami is a legit team this year as they will be a preseason top-10 team and one of the favorites to win the ACC along with Duke heading into the year.

Luckily (as weird as that is to say) it’s just a torn meniscus and not an ACL injury. That means we should see Walker this year and the whole year, pending rehab and surgery, but the question is what happens to his game as he comes back. He’s a super athletic kid, that has a great first step and uses that to create space for his shot. The other part that makes him a good shooter is his ability to rise up and rise up quickly with his 6’4″ frame.

He’ll play in the backcourt with Bruce Brown – who will be on some All-American teams, so Miami will at least have a backup plan if there is a setback in rehab with Walker. Again, we just don’t know what to expect from Walker until we see him after rehab and if there’s a difference in his game. But, until then here’s the obligatory highlight film: