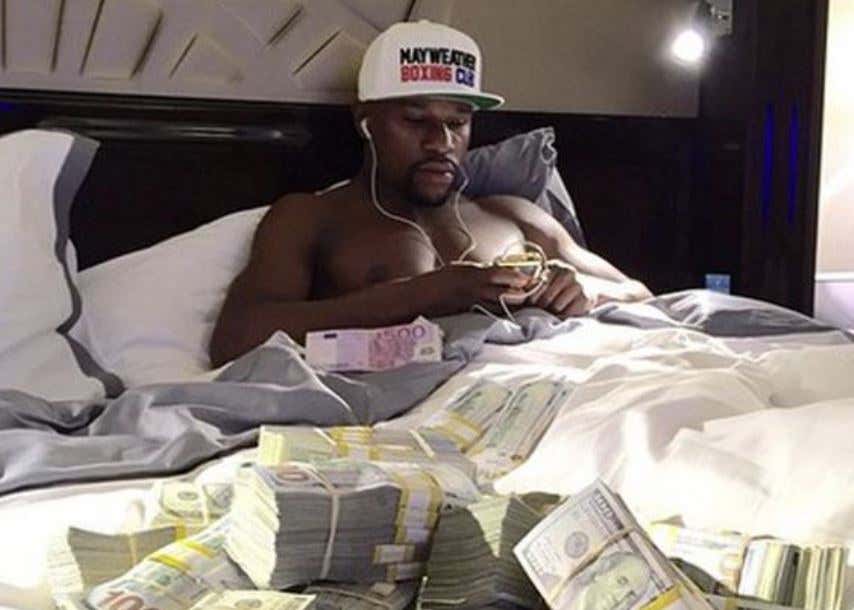 So like the rest of the world I watched the McGregor Mayweather press conference yesterday. And just like the rest of the world I thought it wasn’t the best look for Floyd. He needs to change up his tactics for tomorrow. Just tough to be The Money Team and flaunt 100 million dollar checks and talk about how rich you are and how poor McGregor is when you can’t pay your tax bill. When you literally have to beg the IRS to wait till this fight happens so you can to pay them the 20 million you owe. I mean no matter what Floyd Mayweather said all McGregor had to do was respond “Pay Your Taxes” and he wins. It’s such bad timing for Floyd. I mean what could be worse or more embarrassing for him? A guy whose entire trash talk and bravado that is built on how rich he is can’t afford to pay his taxes. So embarrassing. I wonder if Mayweather will realize at any point he can’t brag about money anymore or he just keeps acting like he has billions lying around in his bedroom? Because from one rich guy to another. Rule #1 about bragging about being rich is don’t file emergency petitions saying you can’t afford to pay your taxes. Blows up your whole rich bravado game.