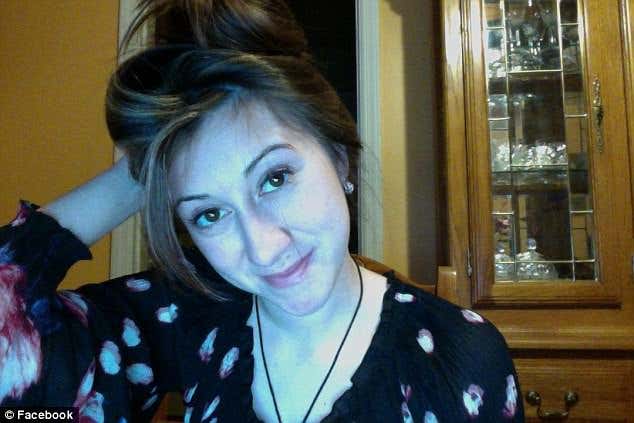 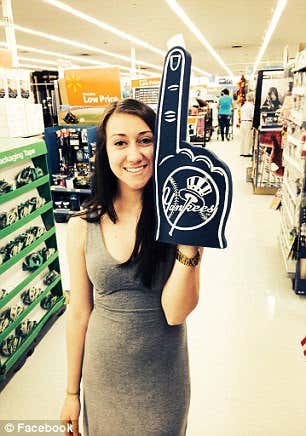 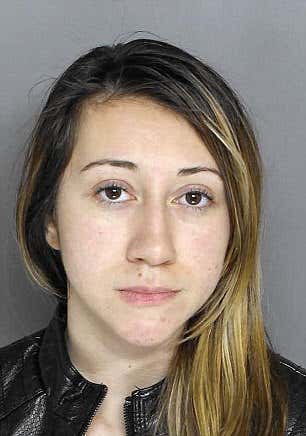 Maryland – A former first-year high school teacher from Baltimore has been sentenced to prison after she admitted to having sex with her 16-year-old male student and videotaping at least one of the encounters.

Ekatherine Pappas, 25 … was handed a sentence of three years in prison, but a judge suspended all but one year and one day of her term. …

The case against Pappas began unfolding in early January when a video surfaced at the school showing the 25-year-old teacher having sex with the 16-year-old victim.

A school resource officer saw a copy of the X-rated video on a student’s phone and notified administrators, reported the station WBAL.

On the day officials at Franklin High School became aware of the sex video, Pappas went to Dulles Intentional Airport and boarded a flight to Bogota, Colombia.

According to court documents, the victim told detectives his Spanish teacher asked him to cut class on two separate occasions, on December 21 and 22, and drove him to his house for the purpose of having sex with her. One of their sex sessions was recorded on video.

Pappas, a graduate of Loyola University, had been teaching at Franklin High for just a month when she became involved with the 16-year-old boy.

One thing that is definitely NOT a concern in these parts is the Sex Scandal Teacher industry running out of young, relateable, easily identifiable superstars. This is one league that keeps churning out the young stars who make Aaron Judge-level impact on the game. Not that Ekatherine Pappas has his skill level, but there’s no denying she made a splash in her rookie season. Just hitting bombs all over the place. Typically it takes years before a teacher has a sex video that ends up in every phone at the school. It took her one month. Amazing.

I don’t know why that is exactly. But with all humility, I like to think they’re getting better training now thanks to this blog. A young, aspiring SST like Ekatherine can read this and learn about how to start seducing her students from the true greats. An education she never would’ve gotten at Loyola. Regardless though, it’s just good to know the future of the game remains in good hands.

The Grades:
Looks: What do you go when she’s got a body like that and the face of Adam Driver? You go with
Grade: C+

Moral Compass/Bad Judgment: Tape measure shots to all fields here. The video, obviously, is huge. As is the guilty plea. And the fact that she was already doing it with a kid before she’d even given him his first Spanish test is a tribute to her want-to and determination.
Grade: A

Intangibles: There’s something about that flight to Columbia that just touches me. A fugitive from justice. A victim of her own unbridled lust. A young woman going on the lam after her crime of passion. Like a maniacal, sex-crazed Whitey Bulger. It’s just a pity for her sake she happens to be the one criminal we can get extradited out of Columbia.
Grade: B+