Now, lots of people will want hard hitting analysis and whathaveyou about these emails. Some will say that it’s bad while others will contend that the emails are actually good. Doesn’t look good but I’m not a treason scholar and don’t claim to be. I’m also not a moron so I can say with certainty that tweeting your emails that contain that kind of information two hours after this tweet probably isn’t the best idea.

That’s not what this is about though. Look me deadass in the eye and tell me that Gob Bluth wasn’t based on Donald Trump Jr. Try it, you sons of bitcces. You really wanna tell me that Donald Trump Jr wouldn’t be seen bragging about his 10,000 dollar custom suit?

I mean. Come on. Oh, and Kushner is clearly Micheal. I’m a fucking genius.

Are you really gonna sit there and tell me that Donald Trump Jr wouldn’t get upset that people weren’t calling his magic tricks “illusions?”

Furthermore, are you gonna sit there in your 12,500 dollar suit and tell me that the whole Trump family wouldn’t mock each other whilst at White House South doing the Chicken Dances when Eric spills the ketchup on his lap after it made farting noises getting squirted on his well-done steak? Of course, you are. Because you’re the triggered libtard. Not me.

Ps. When the fart was wet 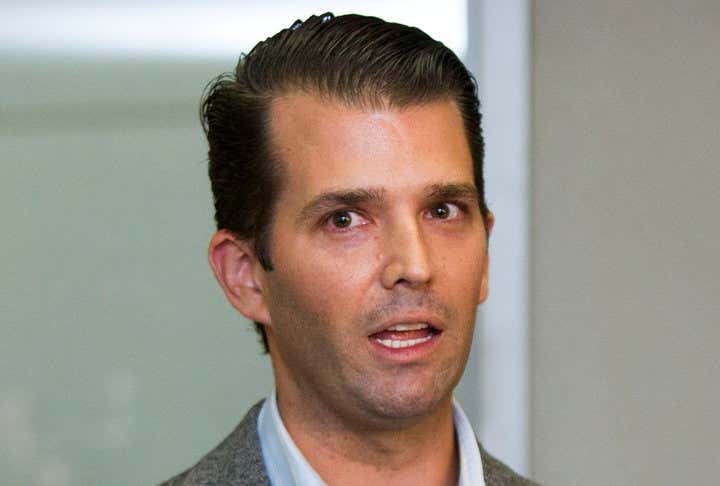