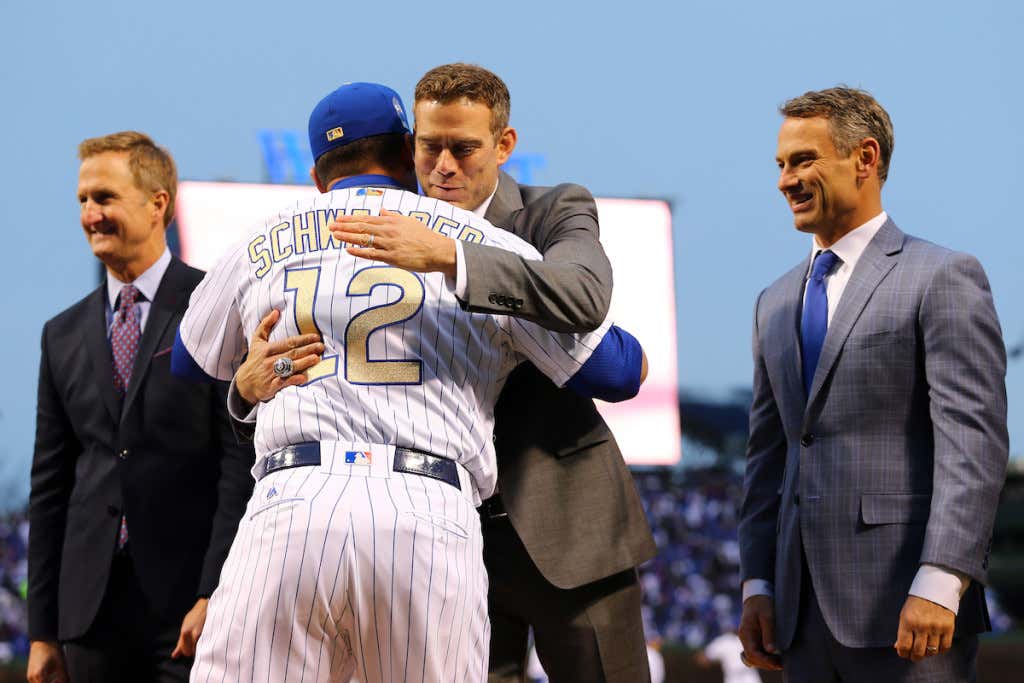 When I saw this story, I did a triple take. I thought it was one of those click baity-type stories where old news gets dug up years later, and this story was going to be something like Theo Epstein tried to trade Kyle Schwarber for Michael Fulmer back in 2014 when they were both just prospects. That does not appear to be the case.

And I think I’m stating the obvious here when I say that Epstein will inevitably deny this report anyway, but Jim Bowden dropped this one on MLB Network Radio yesterday.

Pretty creepy delivery there, but it’s certainly interesting that it was reportedly the Cubs who dangled Schwarber for Fulmer, not the Tigers dangling Fulmer for Schwarber. Not that the latter would make much sense in terms of getting value for value. Fulmer is one of the best young arms in the American League, who won the Rookie of the Year award last year, finished tenth for the Cy Young award, is an All Star this year, and has the sixth best ERA in the majors (3.11) since the start of last year (min. 40 starts).

It’s not like Schwarber is some washed up bum that couldn’t be the centerpiece of a high profile trade, but he was demoted to Triple-A for 11 games from June 25 through July 5, and rejoined the Cubs after he hit .343 with an 1.192 OPS, four bombs and a double. It was pretty clear that he’s above minor league competition, but has struggled mightily this year at the big league level, hitting a buck seventy-eight with a .694 OPS in 277 plate appearances.

The reason why I’m so surprised that the Cubs would offer him in a deal is because Theo has been such an outspoken believer in Schwarber’s ability. At last year’s trade deadline, he said that the idea of trading Schwarber was “foolish” and that’s not the only example of Theo vocalizing his love for Schwarber.

So you have all of that documented history of Epstein being this HUGE Schwarber guy, but then he tries to flip him to Detroit? Don’t get me wrong — Fulmer would instantly make the Cubs a substantially better team, but it just doesn’t pass the sniff test, especially since Epstein said this almost two months ago:

“He hasn’t gotten on track yet, but we have no doubts that he will.”

It became personal for Epstein when the Cubs drafted Schwarber and made him untouchable in trade talks last summer, even as he recovered from major surgery on his left knee. It didn’t matter what the rest of the industry thought of the Indiana Hoosier or if it might be perceived as a reach with the fourth overall pick in the 2014 draft or what the best team in baseball needed at the deadline.

While the trade itself would surely make a lot of sense if you’re the Cubs, given that Jake Arrieta is in a walk year and Fulmer isn’t eligible to become a free agent until 2023, it just seems like flipping Schwarber goes against everything that Epstein has stood for over the last three-plus years. Then again, we are talking about the same guy who had the balls to ship Nomar Garciaparra out of Boston in the middle of a pennant chase.