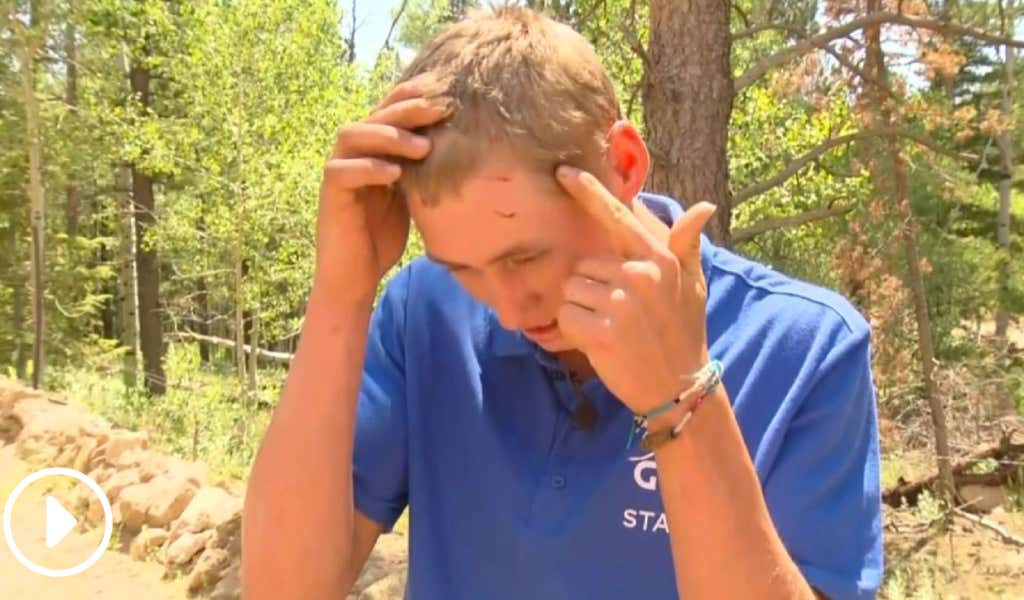 The Guardian – A teenage staffer at a Colorado camp fought off a bear after waking up to find the animal biting his head and trying to drag him away.

The 19-year-old woke up at around 4am on Sunday to a “crunching sound” with his head inside the mouth of the bear, which was trying to pull him out of his sleeping bag as he slept outside at Glacier View Ranch 48 miles (77km) northwest of Denver, Colorado Parks and Wildlife spokeswoman Jennifer Churchill said.

The teenager punched and hit the animal and other staffers who were sleeping nearby yelled and swatted at the bear, which eventually left, she said.

The staffer, identified only as Dylan, was treated briefly at a hospital and released.

Worst ways to wake up, ranked.

4. Hungover on the bathroom floor.

3. Hungover with no memory of the night before, next to a hard 4, in a strange apartment with no wallet or cell phone and dried vomit on the corners of your mouth.

The teen told KMGH-TV that the bear dragged him up to 3.5 metres (12ft) before he was able to free himself.

“The crunching noise, I guess, was the teeth scraping against the skull as it dug in,” said the teen, who teaches wilderness survival at the camp owned by the Rocky Mountain Conference of Seventh Day Adventists.

Dylan and the other staffers were near teepees where 12- and 13-year-old campers were sleeping. None of them were hurt.

The Banana Republic on my block gets their morning deliveries at 5:45 AM sharp on weekdays and I was pretty convinced the sound of gigantic trucks and metal grates constantly bouncing off the concrete was the most annoying sound to wake up to.   Nope, I stand corrected – the “crunching sound” of your skull being eaten by a black bear takes the cake.  That’s worse.

Next time they’re jackhammering the road outside your window at some ungodly hour, just remember Dylan getting his head devoured.   That’ll help put things in perspective and get you back to sleep.

How about Dylan with the indestructible head by the way?   This is all he walked away with: 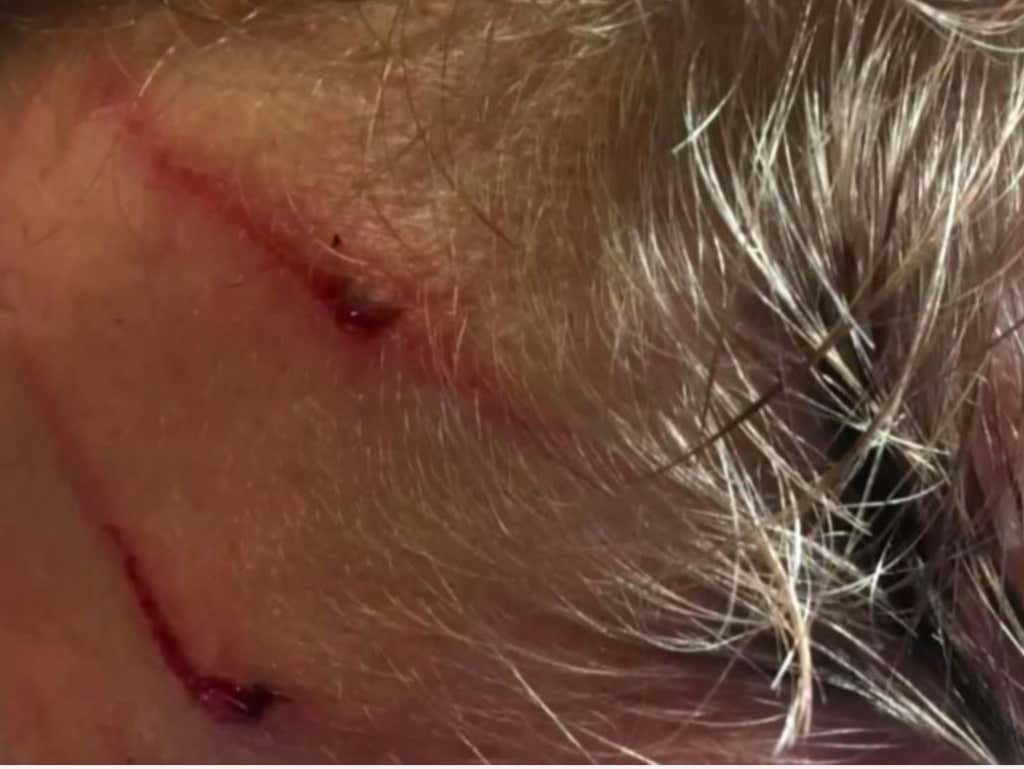 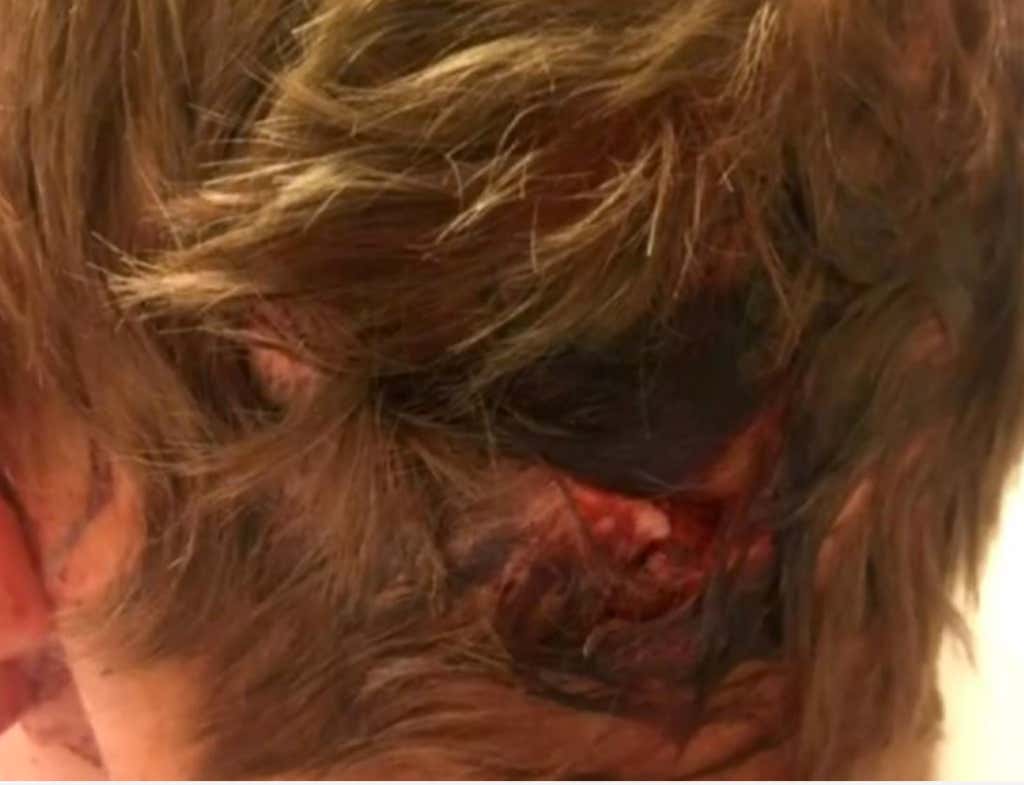