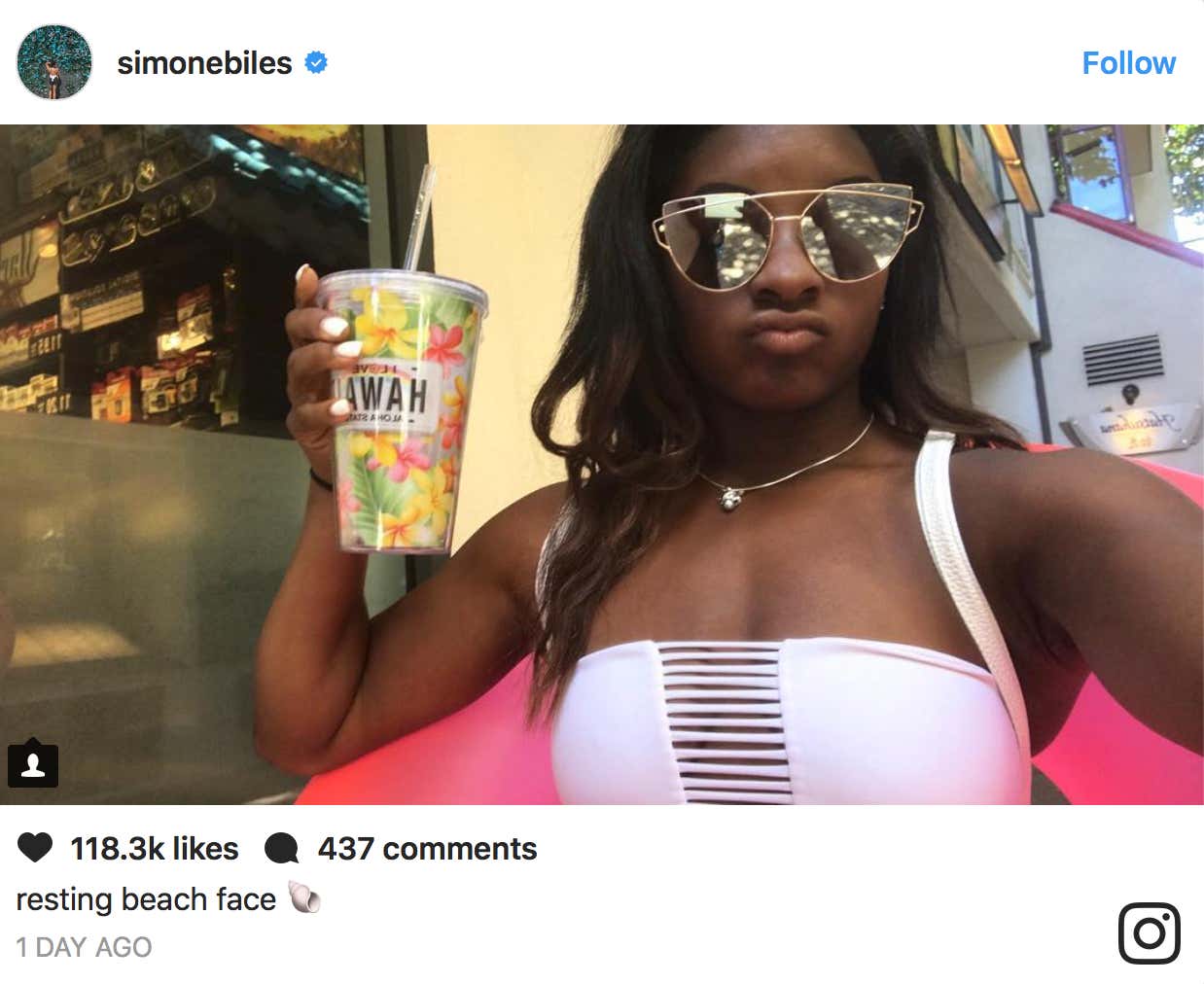 STUNT STUNT STUNT. Simon Biles telling that girl to “take multiple seats” is pretty good. That’s a useful burn. I might steal that. I usually don’t love when celebrities break out the hammer on trolls. That’s when people start labeling you as triggered and you really kinda lose in the end. But this one is different. Can you imagine the lady balls on that girl calling out an Olympian? A fucking Olympian? “Look how lazy you are? What have you ever accomplished Simon Biles? What have you done for me lately?” meanwhile that chick’s most recent accomplishment probably was watching Netflix for 72 hours straight. Not that there’s anything wrong with that. There isn’t. I do that every weekend but you don’t see me firing off #suckyassrolemodel at Michael Phelps. That’d be ridiculous. Also, it’s always hilarious when a person no on cares about hits a SUPER famous person with the #unfollow hashtag. Ohhhhhhhhhh damn. Like it’s gonna fuck up their day or something.