It was one thing when Arizona Coyotes’ Jakob Chychrun filmed himself doing box jumps in the gym a couple weeks ago. You could potentially just chalk that up to a newer generation coming into the league and doing what millennials do best–ruin everything. But now we have Michael Grabner filming himself jumping out of a pool. Which, while incredibly impressive, is just another example of professional hockey players trying to receive praise for doing their goddamn job.

Oh, you can jump out of 3 feet of water because you are in peak physical condition and can perform athletically at a level that most people could only dream about? Congratu-fucking-lations, buddy. That’s what you get paid over a million and a half dollars a year to do. This would be like if I took a video of myself blogging in a pool and expected a bunch of people to marvel in how fast I was typing. And just to reiterate, I’m not trying to take away anything from how impressive this is. You take one good look at Michael Grabner’s body and you know right away that man is an alpha. But do you think that Gordie Howe was filming himself working out and then blasting that shit on social media afterwards for attention? Hell no. Mostly because the technology didn’t exist during his career. But also because he knows it’s his job to be an absolute animal and he doesn’t need special praise just for doing his job.

P.S. – Never forget that Gordie Howe was jacked out of his mind back in the days where there was nothing but you, a bench, some iron, and ripping cigs between each set. None of this fancy supplement shit you see at GNC. 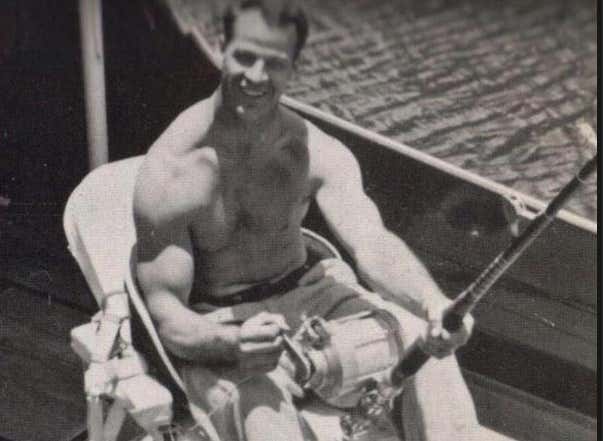