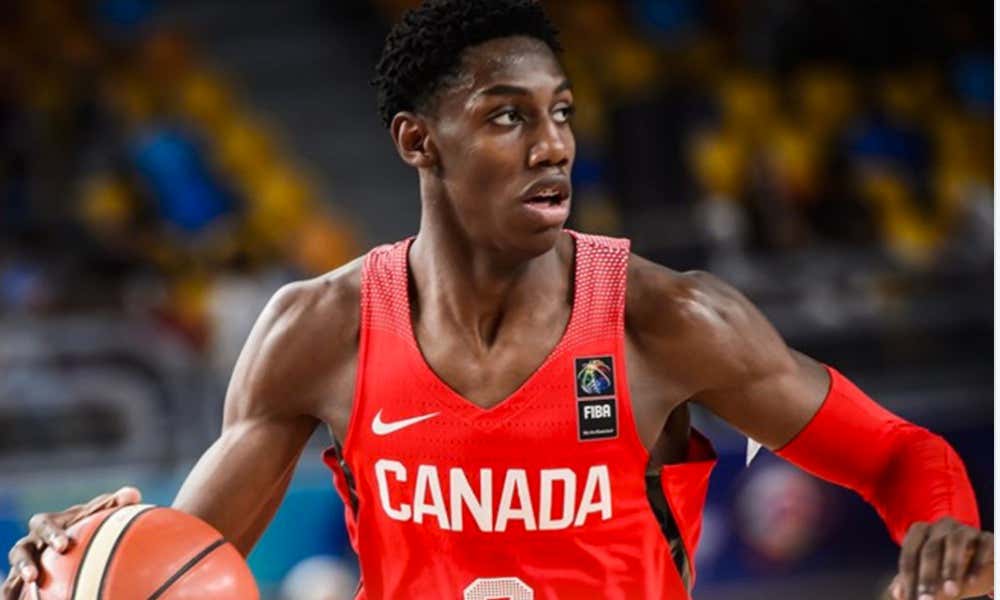 R.J. Barrett. Get to know the name if you don’t already. He’s the top prospect in the class of 2019 and absolutely destroyed Team USA yesterday by dropping 38 points/13 rebounds/5 assists in the 99-87 win. He was easily the best player on the floor, which included players from Kentucky, Maryland, Purdue, Auburn and Georgia Tech.

This was arguably the biggest win in Canadian basketball history as they’ve never made it to the semis at this level. Canada basketball has been getting better and better with more talent and under the guidance of Steve Nash the results are starting to show.  This Canadian team has plenty of talented guys at the U-19 level, including players going to Oregon, Iowa State and obviously Barrett.

This isn’t the first time the US lost in this event, but they have been the most successful team at this level, winning six gold medals. The US won the last two World Cups and will now play Spain for the bronze, while Canada plays Italy for the gold. The US shot just 58% from the free throw line and 26% from three. P.J. Washington led the US with 17 points while Auburn’s big man Austin Wiley put in 13 points and 17 rebounds.

Canada just spaced the US out, staying small. It led to Team USA, especially Washington/McCoy/Wiley unable to guard the pick and roll. That allowed Barrett all the space he needed to attack. Barrett is currently playing for Montverde Academy in Florida and has offers from pretty much every big school you can name.