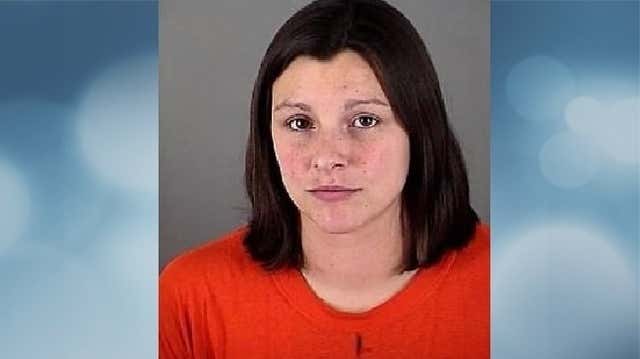 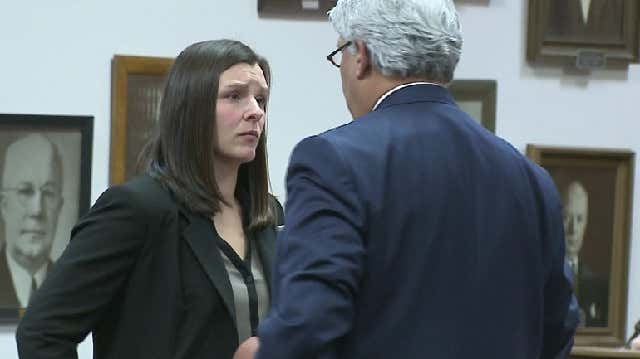 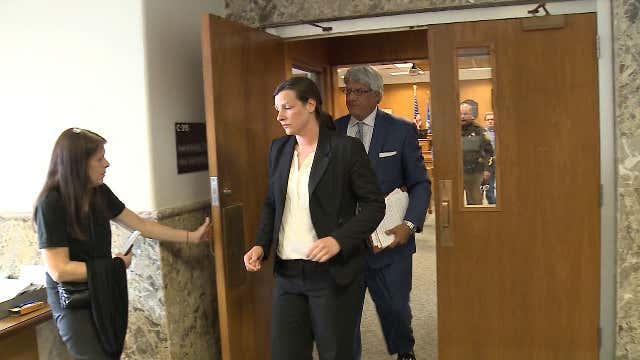 “Judge Ramirez, I sit before you today accepting full responsibility  for my conduct in 2015. I was a teacher. The adult. I made a gross lapse in judgment,” Novak said. “As a mother of two young boys, I am repulsed by my conduct. School is a place for children to be safe, a place to learn and grow. I am sorry.” …

When questioned by authorities, Novak explained the inappropriate contact occurred “from approximately mid-October of 2015 through roughly the beginning of December 2015.” Novak told authorities that “it was a mutual relationship and indicated they have very strong feelings for each other.”

The complaint indicates Novak and the student had engaged in inappropriate conduct “on the couch in her classroom.”

The complaint says “all of the sexual contact occurred in Novak’s classroom and at no time did it occur outside of school.”

And – Novak was charged earlier this month with disorderly conduct, domestic abuse and felony bail jumping after a confrontation with her ex-husband and his girlfriend in front of Novak’s two children in Sussex. …

Novak’s attorney, Michael F. Hart, said the victim in the case, who was nearly 17 at the time of the offenses, was “a physically mature person of over 6 feet ,4 inches tall.”

Hart said Novak was emotionally vulnerable because she was not getting appropriate love and attention at home, and that the victim made advances toward her, which she initially declined.

“She was the prey, not the hunter,” Hart said.

April Novak, you strange, mysterious, complex creature. What am I to make of this woman? She’s got more layers than an onion and ogre parfait. She confesses to having regular classroom sex with a kid and blames herself. In the next breath her lawyer is talking about the 17-year-old like he’s a grown man and a sexual hunter. To the point I half expected Chris Hanson to come barging into the courtroom and telling the kid to have a seat.

And then how do I reconcile that tearful and impassioned speech about being repulses by actions as a mom and a teacher with the hot-blooded, bail-jumping, scorned woman going after her ex and his new honey? She is just a series of contradictions that I find oddly fascinating. She might not have been getting the appropriate amount of love and attention at home. But I’m going to do my level best to make sure she gets it here.

The Grades:
Looks: As mug shots go, hers is one of the better ones we’ve had in a while. (Though would a smile kill you, April? Geez.) So there was potential there. But those courtroom shots are just shy of a disaster. In the second one she looks just like Jesse Eisenberg’s Lex Luthor. And that pantsuit isn’t doing her any favors. That said, she’ll meet the “I would” standard in the comments section.
Grade: C+

Moral Compass/Bad Judgment: Chock full o’ win here. The admission under oath. The assurances from the school that all the sex was in the classroom and not out in the streets where it could be dangerous. A love triangle. The lawyer going out of his way to bring height into the discussion so we know April is a Size Queen. It’s great to have a feel-good story again.
Grade: B+

Intangibles: She’s got a name like a 1960s pin up girl and a couch in her classroom. The Waukesha School System might as well have put a hot tub and a king sized bed with satin sheets in there.
Grade: A

Overall: B-. Solid, but not a standout. Thoughts and prayers to April in her new Orange is the New Black life.