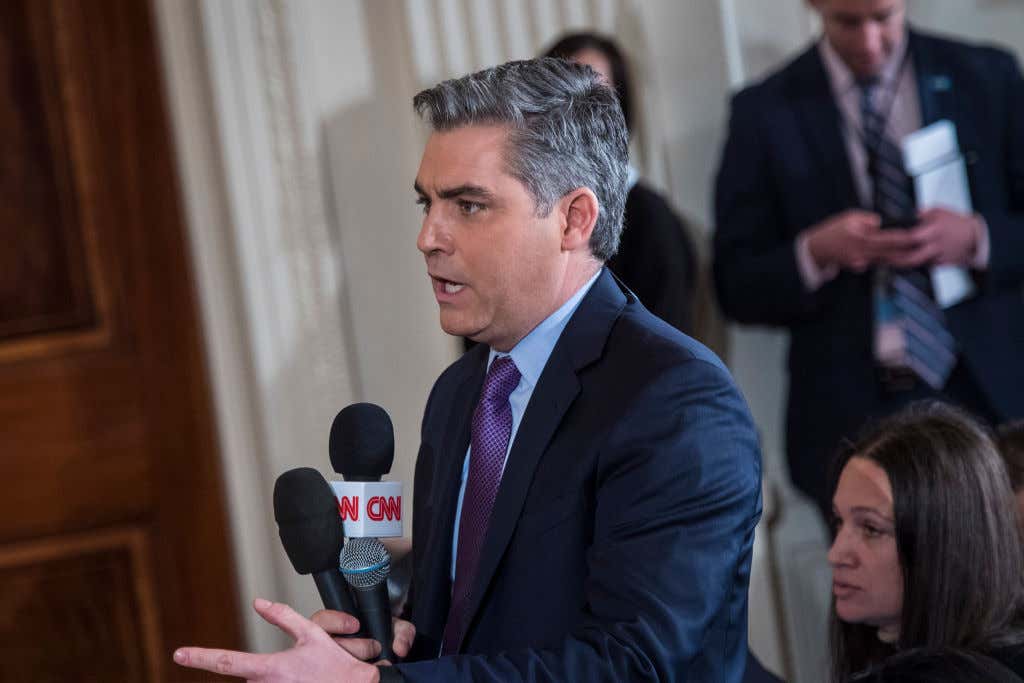 CNN is in an interesting spot right now. They’re clearly in a war with the President Of The United States and have been since he took office. It affects their coverage and where they focus their resources. Of course it does; he calls them fake news and they feel naturally inclined to both defend themselves and, clearly, to discredit Trump any way they can possibly find. It’s like when someone tells you you’re mad and you get mad defending the claim that you’re not mad. Can’t win. You look terrible. You’re fucked. In terms of optics, they’re taking L after L after L — retracting stories, firing journalists, getting body-slammed by Donnie on Monday Night Raw, threatening to dox an internet troll who humorously gif’ed them.

The reason I say “in terms of optics” they’re taking Ls, and not just taking Ls in general, is because their ratings are up. Their viewership is up. Their pageviews are up. Who knows precisely what that’s a function of — definitely Trump in one way or another — but they’re up.

Anyways, the main liaison for CNN in their war against Trump is Jim Acosta. He’s CNN’s White House correspondent. He’s been HYPER-critical of the administration, in particular the way they’ve handled the press.

Not surprising considering this is how their president/reporter relationship kicked off:

Last night, Acosta was doing his thing. He was upset Trump was taking questions from “friendly” reporters and not CNN. He wielded the fact that a reporter who got a question interviewed for a job in the Trump administration recently like it was the most damning reality of all time. Like all parties involved had burned the damn Constitution.

Look, if you’re going to embark on this crusade against how ethically wrong it is to take questions from potential allies in the media, it better be an unprecedented, shocking move. It better be unheard of. It better be criminal.

It isn’t. Fleischer is right — this 2013 Washington Post piece details how, literally, dozens of former journalists and reporters went on to join the Obama Administration.

In a trend that has raised some eyebrows among Obama’s critics, at least 20 reporters and editors from mainstream news organizations have taken high-profile positions in the administration within the past five years.

At State, Stengel can swap newsroom stories with Samantha Power, a former journalist (U.S. News, the Boston Globe, the New Republic) who is now the U.S. ambassador to the United Nations. His staff will include Desson Thomson, a former Washington Post movie critic who became a speechwriter for Hillary Rodham Clinton when she served as secretary of state. Other colleagues will include two recent additions to Secretary of State John F. Kerry’s staff: Glen Johnson, a longtime political reporter and editor at the Boston Globe, and Douglas Frantz, a reporter and editor who has worked for the Los Angeles Times, the New York Times and, most recently, The Post. Frantz was also briefly an investigator for the Senate Foreign Relations Committee, chaired by Kerry, then a senator from Massachusetts.

I have no problem with journalists switching sides. Political reporters and journalists get into covering that field because they have a deep interest in it. Working at The White House is a fascination and an opportunity unmatched for anyone who loves politics. If Spicer offered me a spot on the WH Communications team I’d pack my bags faster than JHammmmmmy when the credit card bills comes in.

The problem here lies in condemning Trump for taking questions from “allies” and presenting that fact like it’s an extremely rare violation of White House/media relations ethics. It’s not. It’s actually a quite common, repeating occurrence throughout history, and Fleischer body bagged Acosta in pointing out that fact.

There was a bit more back and forth before they were done.