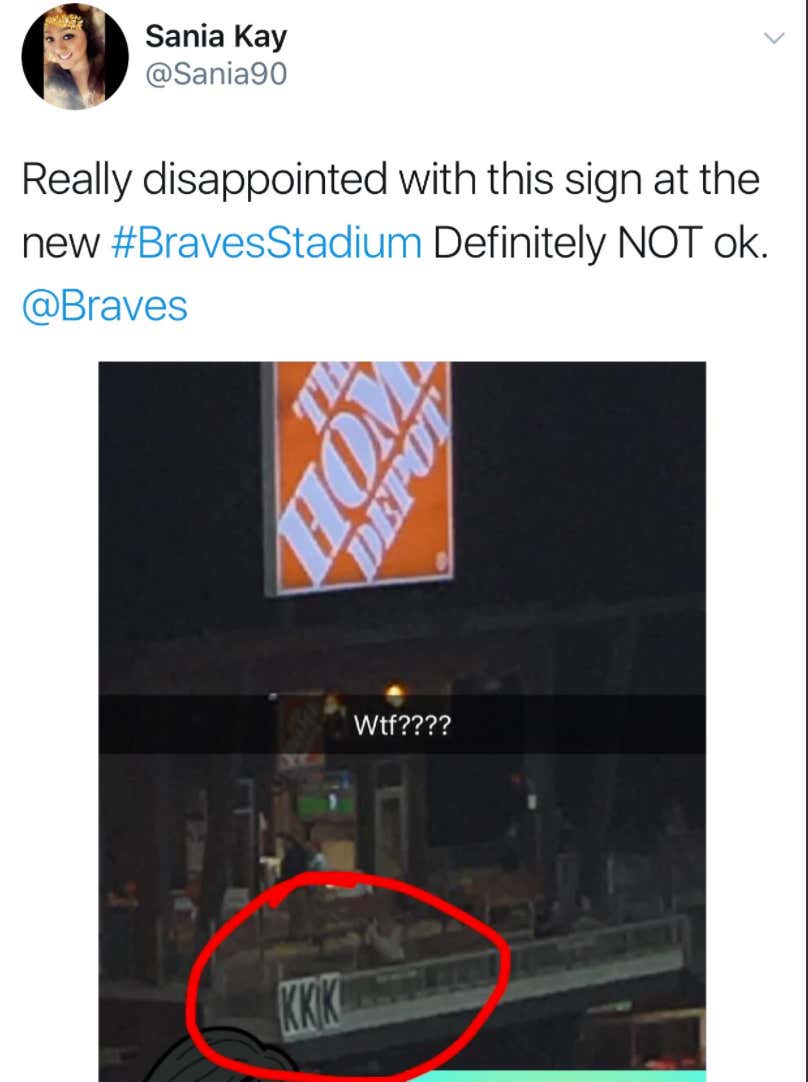 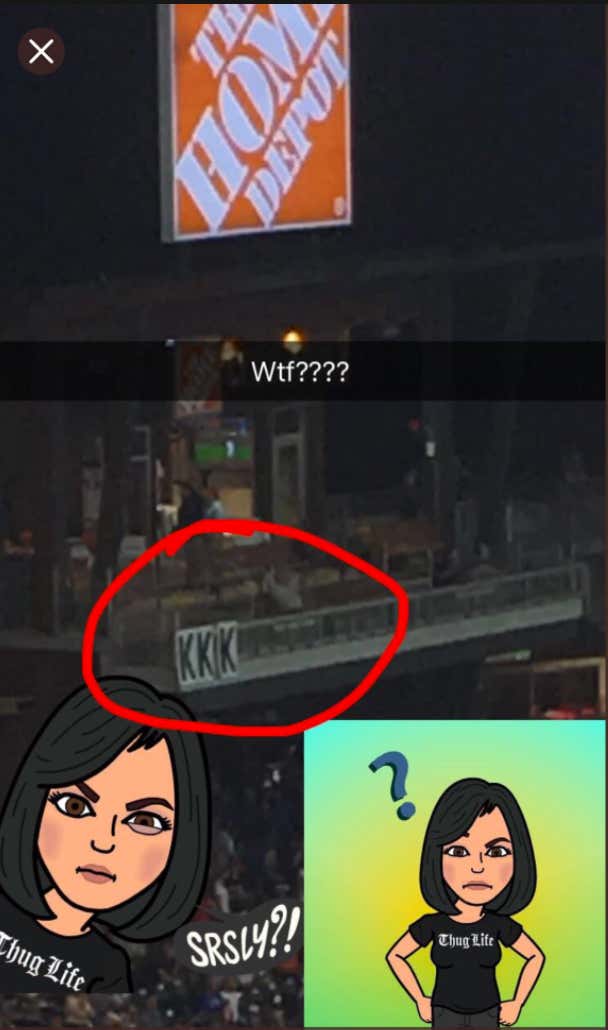 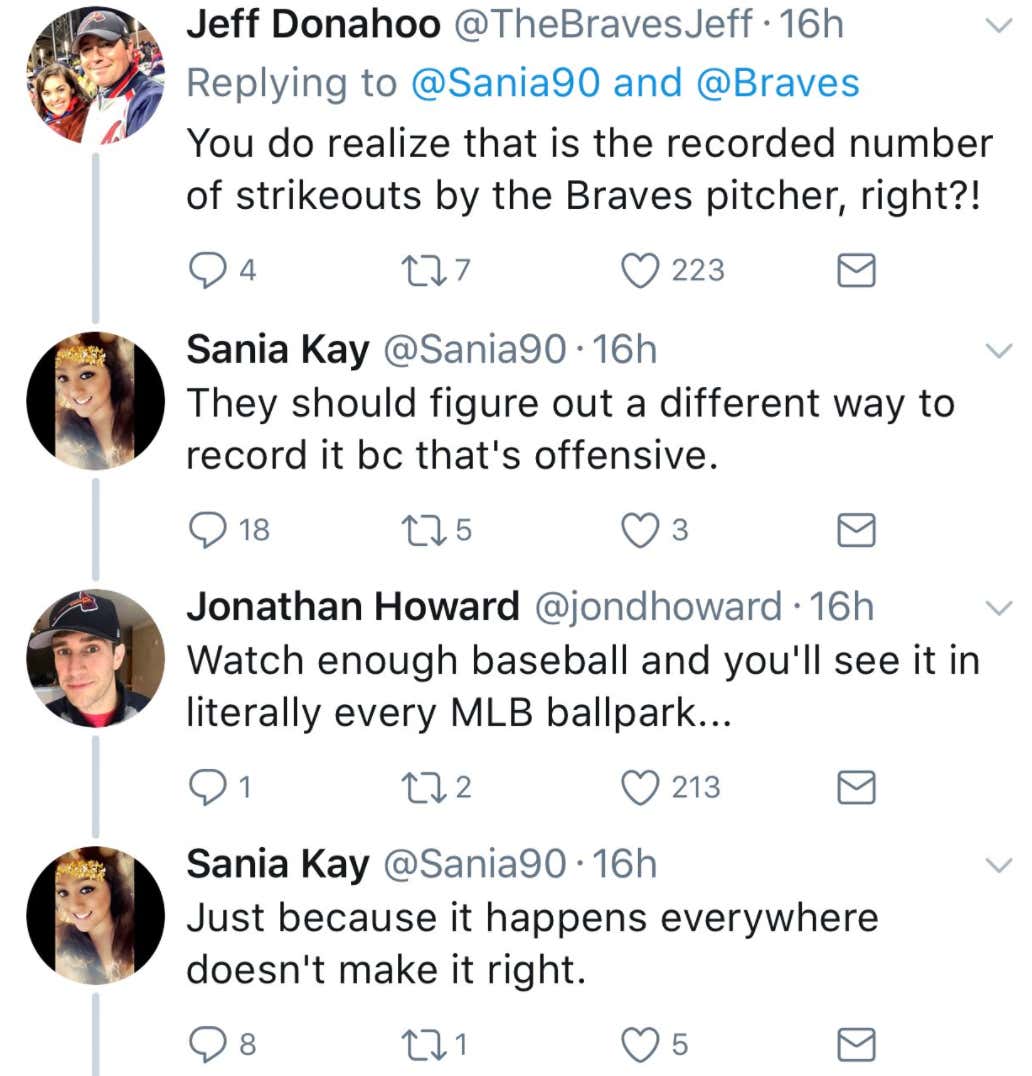 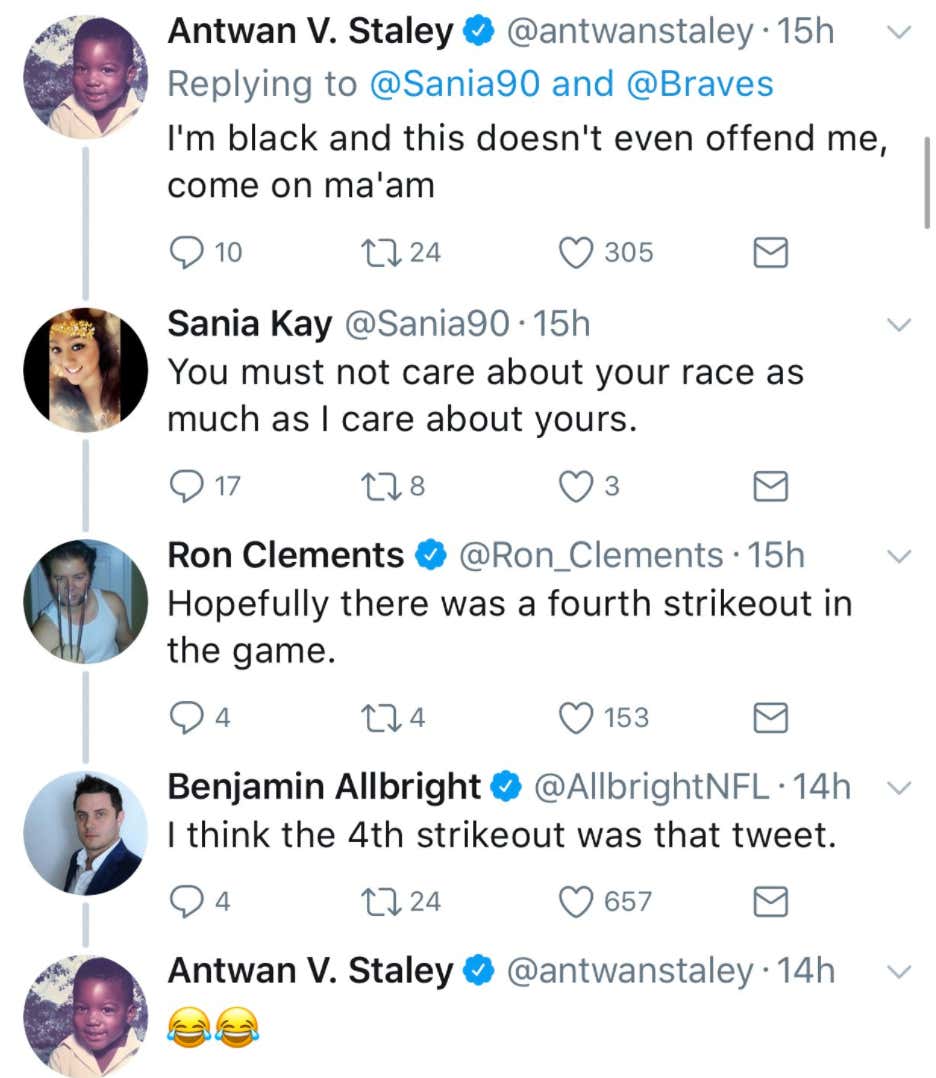 Well I hope Major League Baseball takes the appropriate steps here to ensure this never happens again. We’ll need to change the official scoring of a strikeout to a different letter. Or maybe just a symbol. Maybe we’ll make hearts represent strikeouts. Then we’ll be promoting love with every swing and miss. I mean right now we might as well just put up pictures of burning crosses with every third strike! What if every baseball game forever just ends with 3 strikeouts?? Thats 2,430 baseball games promoting the Ku Klux Klan and institutional racism all over the country. Can you imagine when the Cleveland INDIANS are hanging KKK signs in their stadium??? We keep this up and slavery might come back.

PS – The girl @Sania90 just deleted her whole twitter. Which is a pretty hilarious move if you ask me. She didnt put up a tweet explaining she didnt know the scoring and admit it was a big mix up. She didnt go private. She just cunceled the whole damn twitter. Hilarious. And probably the right move. I dont think a person like that needs to be on the internet sharing thoughts. Imagine having a brain that automatically thinks “These fucking guys are promoting the Ku Klux Klan!” Thats a crippling level of triggering.

PPS – As I wrote this blog I saw the Deadspin article. Actually taking this girl seriously and recommending baseball change the scoring to an X or an R. Getting impossible to take anybody in this world seriously.