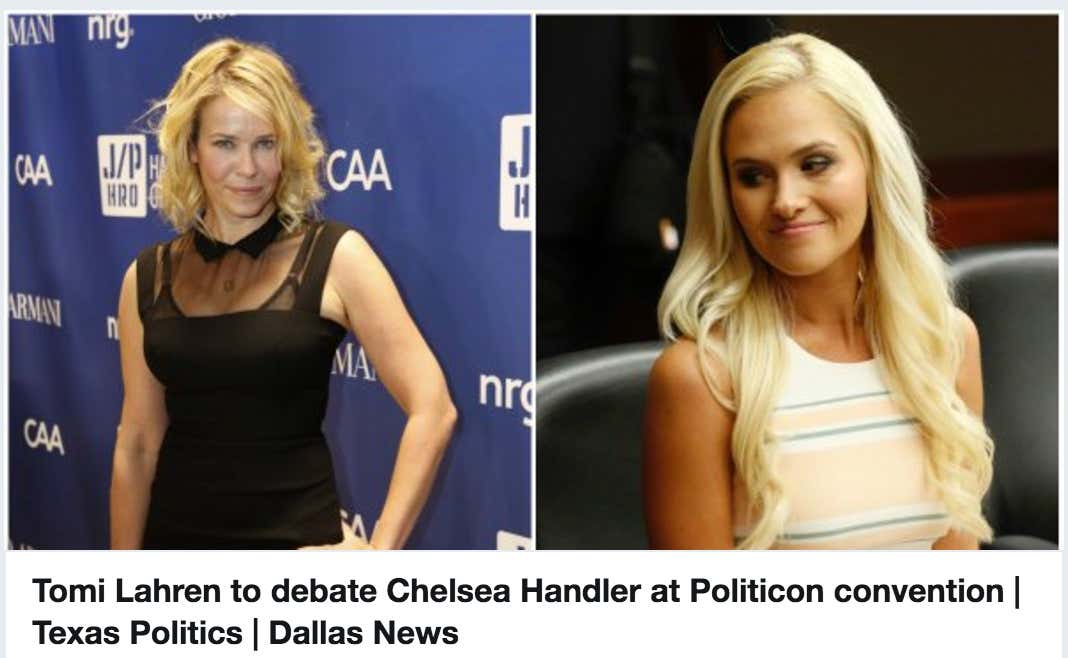 Daily Beast — Comedian and TV host Chelsea Handler will take on controversial conservative pundit Tomi Lahren in a live conversation later this month at Politicon, The Daily Beast has learned. The third annual political convention, which will be held on July 29-30 in Pasadena, California, will also feature a discussion between Handler and CNN’s Jake Tapper as part of that network’s “Politics on Tap” series. Handler, who previously hosted the celebrity-driver Chelsea Lately on E!, has become an increasingly political critic of President Donald Trump since launching her Netflix show Chelsea last spring…

I think the only thing worse than having to watch these two debate politics will be having to watch people respond online to these two debating politics. The “EVISCERATED DESTROYED OMG MURDERED SKULL EMOJI DELETE YOUR ACCOUNT” crowd is going to be on full alert all night. Fingers ready. Alert emojis ready. Both chicks will simultaneously dominate and get dominated and both sides will go to war over proving their chick won. I’d rather watch Smitty and Nate debate the definition of a cheesesteak or Lyin’ Ted Cruz sing Radiohead’s Creep (would be kind of electric actually).

Tomi Lahren of course gained a HUGE following last year during the Presidential election. I actually think she’s a smart cookie, she just became insufferable because there’s no way she believes all of the shit she was spewing, and the way in which she was spewing it. She eventually came around on that fact, getting fired by Glenn Beck for revealing she’s pro-choice.

No matter what you say about Tomi Lahren, one fact remains — she’s very hot.

And who can forget, nothing really matters as long as you can pop that p. 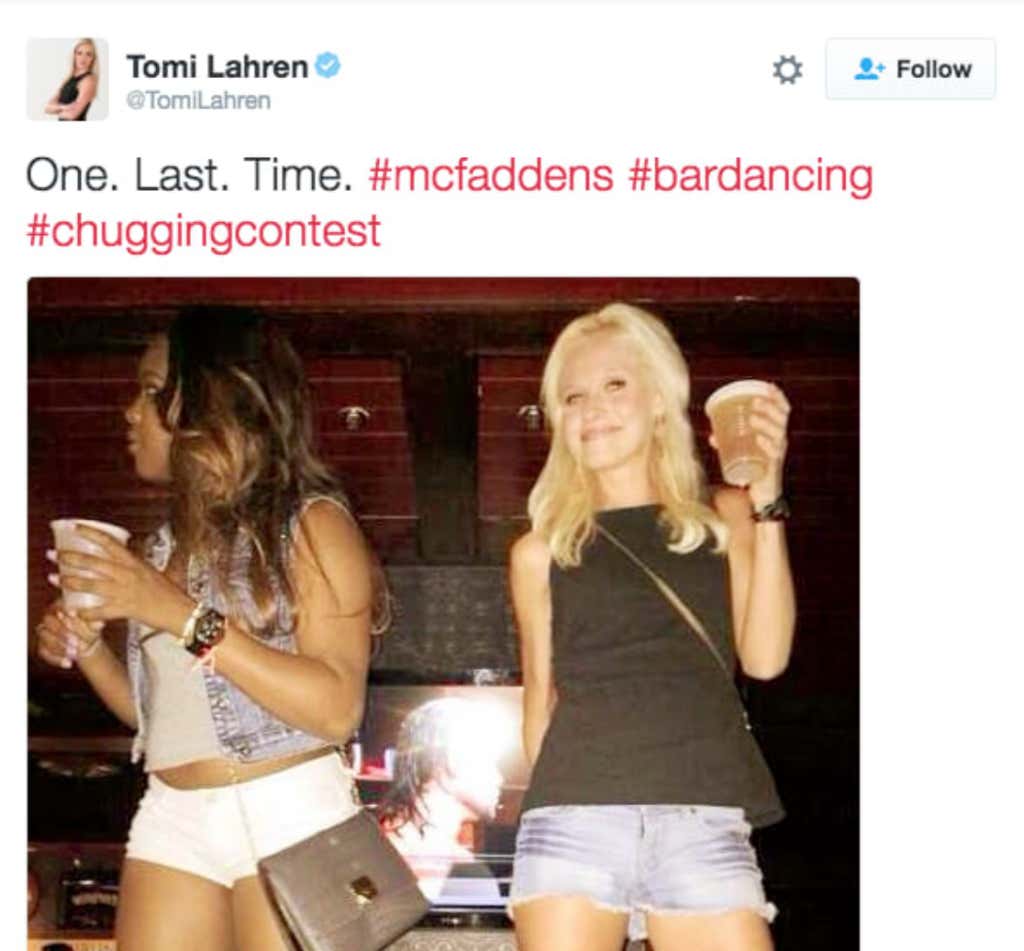 Nothing wrong at all with these tweets, just funny (and telling) she rushed to delete them.

And Chelsea Handler is… Chelsea Handler. Sometimes kinda funny and harmless, until she hopped on the hot trend and went all-in on anti-Trump stuff. Basically a female, somehow wayyyy worse John Oliver.

But yeah, can’t wait to watch these two.

PS — I did laugh at this tweet. Tomi Lahren’s got an incredible knack for delivering brutal dad jokes.