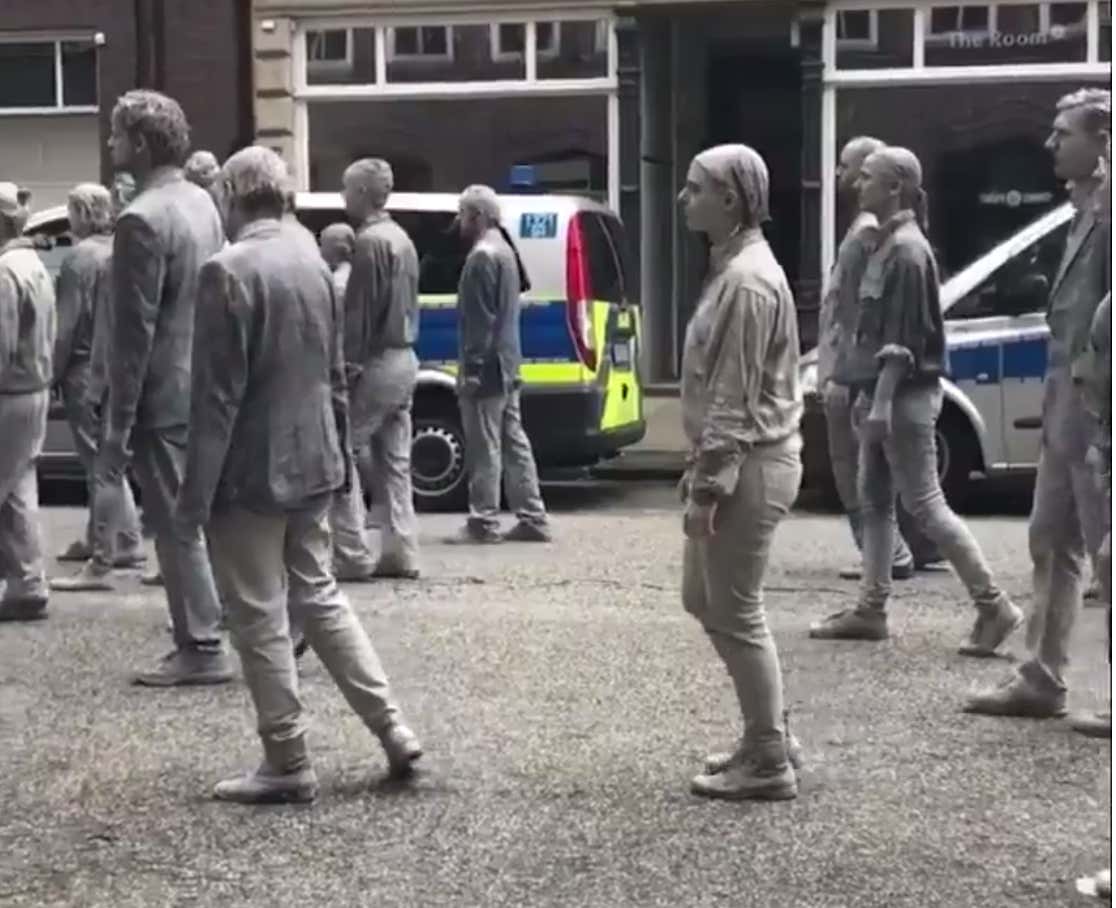 The streets of Hamburg looked like a scene from Night of the Living Dead as a thousand zombies walked and crawled from all corners of the city towards a central square. Once assembled, the figures began to dance and shake off their grey clay coverings to reveal colourful clothing or their naked bodies. The performance, organised by the collective 1,000 Gestalten (1,000 Figures), was a peaceful protest against the upcoming G20 summit in the city.

“The goal of our performance today is to move the people in their hearts, to give them the motivation to get politically engaged again. We want to create an image, because we believe in the power of images…we want to motivate people to take part. To free themselves from their crusted shells, to take part in the political process,” one of the event organisers, Catalina Lopez told Reuters TV.

I’m a big fan of protesting, but it’s gotta be creative protesting. Protesting is much different than it used to be. Every now and then you’ll get some dope protests. For instance, whether or not you like the subject that they were protesting, the people who dressed like Handmaids looked awesome. 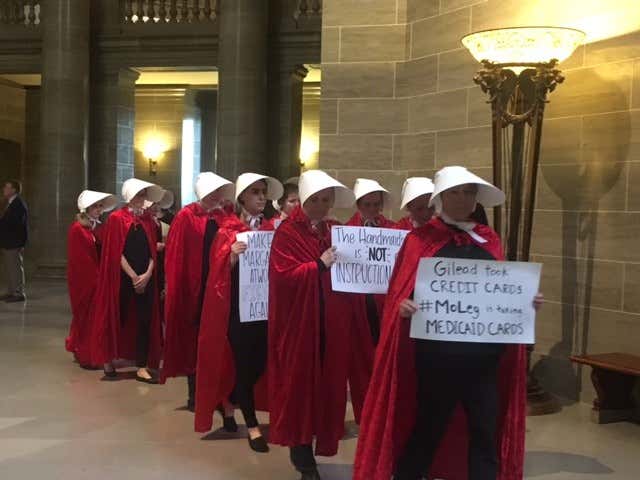 Protests need to be a little spooky. Some gray zombies walking all slow and shaking their paint or chalk off isn’t spooky. It’s dumb. Have a group full of people dressed as Handmaids and I’ll pay attention. Line the streets with people in gray protesting human rights and urging others to get involved in the political process and I’ll barely even notice. I sure as shit won’t write a blog about it. It’s a nonissue.