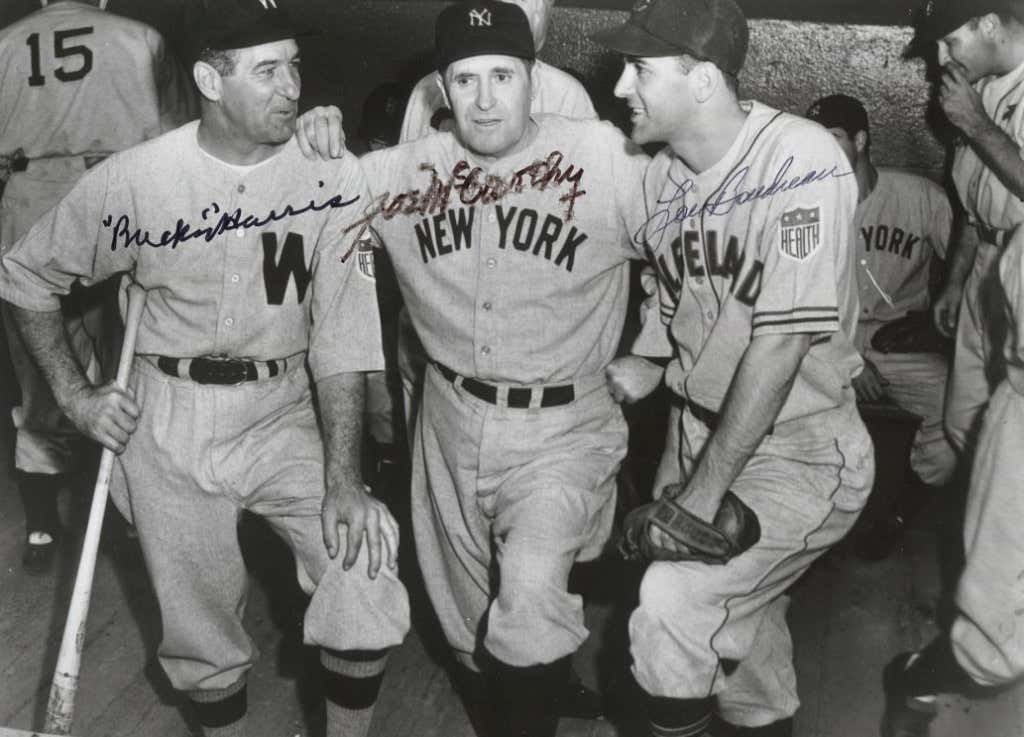 An hour rain delay, forces the All-Star Game the Polo Grounds to be played under the lights, marking the first night game in the history of the mid-summer classic. History is made for the National League, as pair of St. Louis Cardinals, Mort and Walker Cooper become the first sibling battery in All-Star history. Lou Boudreau of the Cleveland Indians lead the game off with a home run, with Rudy York of the Detroit Tigers adding a two run blast later in the first inning. It would be all the Americans would need as they won the game 3-1. Mickey Owens of the Brooklyn Dodgers would go deep in the eighth inning, providing the Nationals League’s only offense.

The tenth All-Star Game tried to bring a sense of normalcy to the country, as did the entire baseball season, which was the first to be played after Pearl Harbor thrust the United States into World War II. Just months earlier, Commissioner Kennesaw Mountain Landis considered cancelling the season, before getting a letter from President Franklin Delano Roosevelt, stating that baseball provided an important slice of normalcy and recreation to those at home working and helping with the war effort.

Many players on the rosters, of both teams would soon be in the military fighting in the Europe and the Pacific as the war for them to put their careers on hold. Among the players, who would become active duty military men following the season as the draft went into effect. This included New York Yankees Pitcher Red Ruffing, Shortstop Phil Rizzuto along with Outfielders Joe DiMaggio and Tommy Henrich, Boston Red Sox Outfielders Ted Williams and Dom DiMaggio, Brooklyn Dodgers Shortstop Pee Wee Reese, and St. Louis Cardinals Outfielder Enos Slaughter.

The game was played in a swift two hours and seven minutes, American League Manager Joe McCarthy of the New York Yankees, played the game almost as a regular season game, as just 11 players were used, with the starting position players, going nine innings, while just two pitchers were used. Spud Chandler of the Yankees, started and pitched four innings allowing just two hits, while Al Benton of the Tigers, pitched the final five for the American League. The NL managed by Leo Durocher of the Brooklyn Dodgers, played nearly everyone using 22 players. The speed of the game became a necessity as War Time restrictions, called for the Polo Grounds’ lights to be turned off a 9:30. The game, originally scheduled to start at 6:30, ended just minutes before the blackout.

With the win, the American League held a 7-3 in the first ten All-Star Games. The AL All-Stars would stay together for a few more days, to play a special benefit game against a team of players from the Army and Navy led by Bob Feller in Cleveland. The game won the by the American Leaguers 5-0, would draw 62,094 to Municipal Stadium, while raising $70,000 for Army and Navy relief efforts.