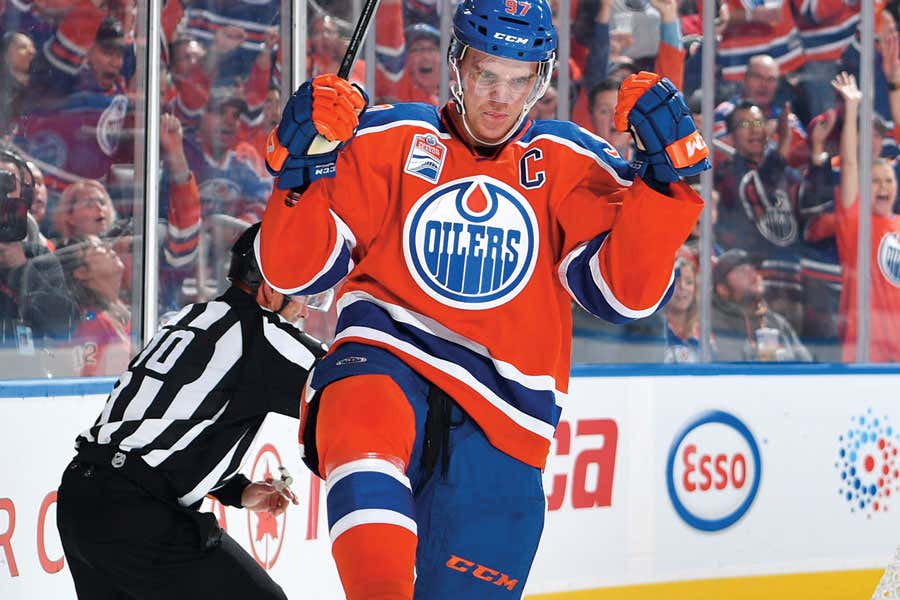 There were plenty of rumors over the last week or so about what the number was going to come out to when the Edmonton Oilers eventually re-signed Connor McDavid. Some of those rumors went as high as $14 million. Today, the Oilers put an end to the guessing game and made it official.

That right there makes Connor McDavid a $100 million man. He’ll have the highest cap hit in the history of the NHL. But you still may be wondering to yourself why the price dropped off since last week. Well, allow Bobby Margaritas to tell you why.

Yup. You heard that right, boys and girls. Connor McDavid felt like the Oilers were trying to pay him too much. He knew if he took a $13.25M AAV deal, he would put them into Salary Cap Hell for the next 8 years. So being the very good Ontario Boy that he is, he decided to negotiate down and sign for $12.5. That’s a hockey player right there. That’s somebody who is putting the team ahead of their own bank account. Meanwhile we have guys in the NBA whoring themselves out to the highest bidder. We’ve got JJ Redick signing for $23 million as if money just grows on trees. But that’s the difference between the NHL and the NBA. Hockey is a team sport through and through. Basketball is a team game that is played by a bunch of individuals.

So good on Connor McJesus. That’s the kind of shit you want to see out of your captain and I’m sure when the salary cap keeps going up 8 years from now, his next extension will be the real payoff. For the mean time, this gives the Oilers a little more wiggle room to work with for guys Draisaitl and Puljujarvi.