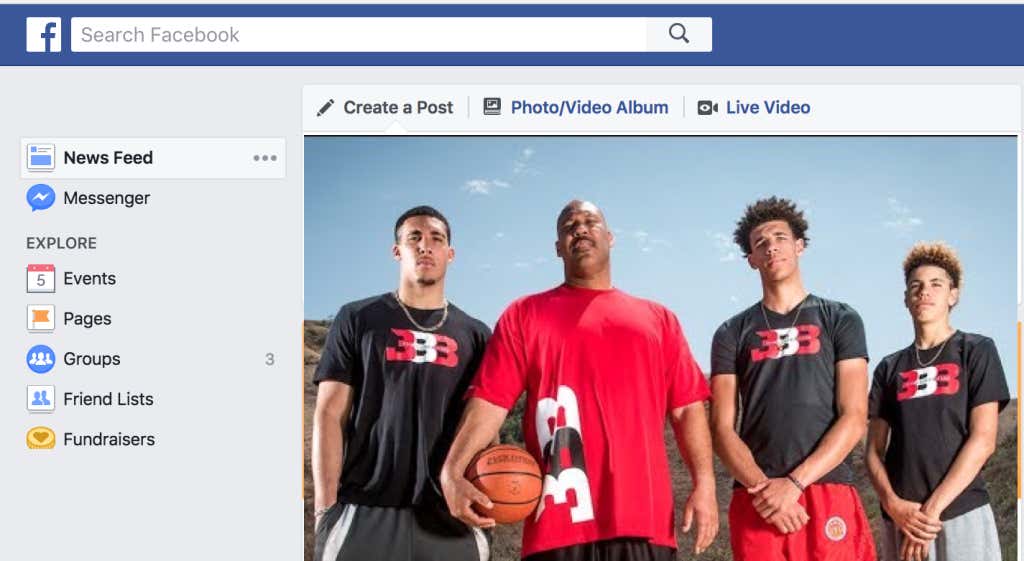 ESPN- The next stop for LaVar Ball and the Ball family? Reality TV. In what seems like an inevitable development, LaVar Ball and his family will star in a reality series produced by Facebook, per Deadline.com. The father of Los Angeles Lakers rookie Lonzo Ball, who reportedly signed a four-year, $33 million contract earlier this week; UCLA freshman LiAngelo Ball; and UCLA commit LaMelo Ball has worked to elevate the family’s Big Baller Brand this summer.

Per the Deadline.com report, the Ball reality show is connected to Facebook’s desire to jump into the video business. The Ball family show is one of two shows the company will use to launch a series of new projects. “Our goal is to make Facebook a place where people can come together around video,” Nick Grudin, Facebook’s vice president of media partnerships said about the online hub’s foray into original video content, per the report. “To help get there, we’re supporting a small group of partners and creators as they experiment with the kinds of shows you can build a community around – from sports to comedy to reality to gaming.”

Of course LaVar Ball took his family’s talents to Facebook. While we were all thinking he may follow the path the Kardashians chose and pitch his show to E! or somewhere like ESPN, LaVar decided to keep playing chess while we everyone else plays checkers. Yeah Ryan Seacrest has some money and pull in Hollywood. But he isn’t a Big Baller like Mark Zuckerberg is. LaVar probably had this plan in motion once Justin Timberlake told Jesse Eisenberg that a billion dollars is what’s really cool in The Social Network. Regular TV isn’t for a man trying to build the next Nike. Cord cutting millennials got no time for cable channels. The FCC can’t handle a showman like this.

You gotta put that swagger on the internet where it can live and breathe and grow. And that place is clearly Facebook. Come for the baby pictures and political hot takes, stay for the saga of the Ball family playing out right in front of you on your computer or mobile device. 21st century entrepreneurship like you read about. UCLA may even offer a class about the Balls once LaMelo goes one-and-done there.

And as a fan of the Ball family and occasional member of Facebook’s video offerings, I cordially invite LaVar Ball on The Podfathers to discuss this brilliant stroke of genius and what it’s like being the most talked about dad in 2017.

P.S. I fell like there is a 50/50 chance that LiAngelo gets written off the show like Judy from Family Matter and maybe out of the Ball family altogether if ratings struggle in Season 1. I could even see LaVar swapping out LiAngelo for Swaggy P if he re-ups with the Lakers and takes Lonzo under his wing. LiAngelo better get a famous girlfriend or a catch phrase that will keep him fresh in the audience’s eyes just in case.