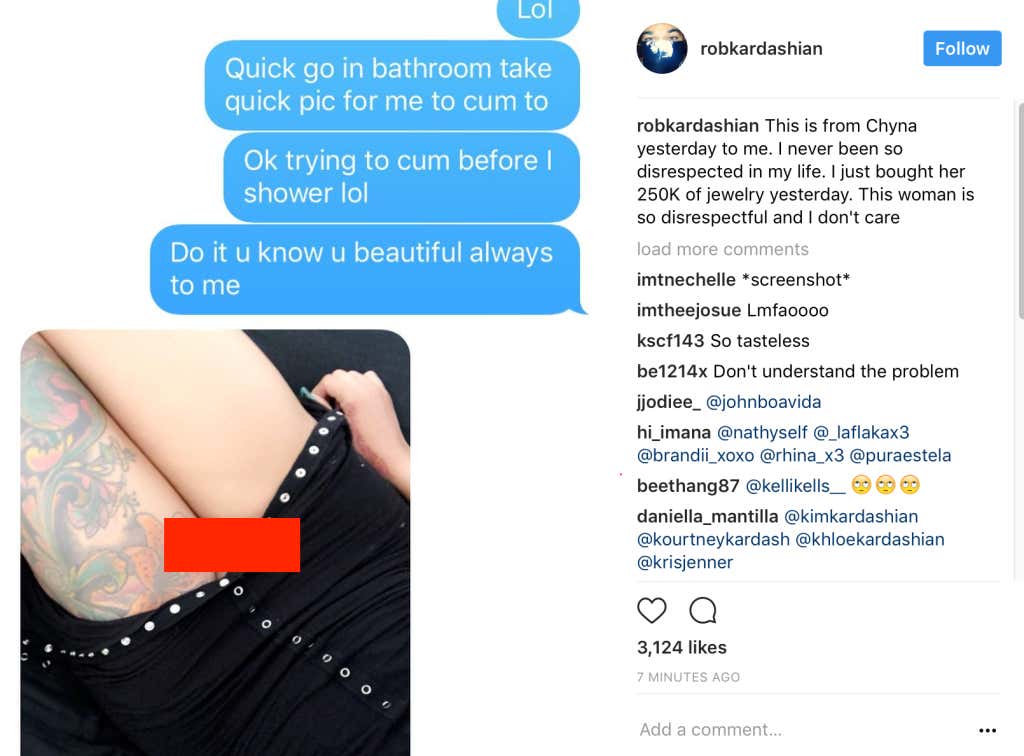 Hahahaha Chyna just sent me this video saying happy 4th of July what a crazy person. Come spend time with your daughter instead of fucking me and then this dude right after. U need help

I love a lot of this. Vaginas on the internet? One of my favorite things. Being embroiled in relationship drama when I’m not in the relationship? Humungous fan. Any sort of internet controversy at all? I live for that shit. Getting revenge on an ex if she sends you a video of her fucking another guy on America’s birthday? Sure, I’ll raise a fist to men’s rights for that one.

PS – Her nipples are GROSS and apparently he paid 100k for them? Get your money back, son.

PPS – Rob is also whining about how much money he spends on her. 100k on nipples, ass reduction surgery, 16k a month on rent, his jeweler sent her 250k in jewelry yesterday… at some point, and the point is a couple hundred grand ago, you start to get the blame for that, dude. After like, I don’t know a month’s rent, you become the fucking idiot.