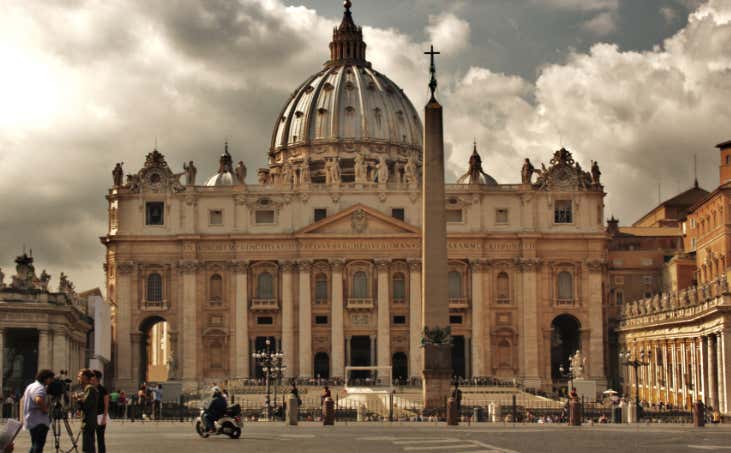 Coccopalmerio heads the Pontifical Council for Legislative texts and was said to have once recommended his secretary for a promotion to bishop. It is the latest scandal to hit the Vatican and comes after its finance chief Cardinal George Pell was charged with historical sexual offences.

The claims were embarrassing to the Vatican, which under Pope Francis has attempted to demand high standards of the clergy. Francis has tried to clamp down on unethical behavior ever since being made Pope in 2013 and has often spoken out against the pitfalls of ‘temptation’.

Dorm party! I’ve seen porn’s like this; a bunch of bros hanging out in the flat, someone breaks out the holy water, next thing you know everyones fucking. Only thing is, that’s a porn. These are priests. Priests in charge of stopping sexual abuse in the church. I’ll give credit where credit is due, it is a step in the right direction. Fucking each other is way better than fucking kids. Regardless, not a good look for the pontiff. Come to think of it, when’s the last time the Pontiff has had a good look? The guy’s the Sean Spicer of religion; constantly making excuses for the shitty things his shitty organization does.

Religion is like athletics, they’re the only ones who still care if people are gay. Even the priests are okay with it. They just fake like it’s a big deal so they don’t lose their job. Which is the crazy because priests are the gayest people on earth. What straight man would willingly give up sex with women to go live in a dorm with a bunch of dudes? For. Life.

I’d like to know how they got caught. Did they play “lamb of god” too loud? Did father Tom knock something over voguing through the pew? Whatever the case I’m sure the cops were surprised when they got there. Or maybe they weren’t? Vatican police are like campus PD. The probably get calls to the dorms all the time. Makes sense, they have unlimited booze.