While you were out drinking the Sixers were working. And by working I mean posting random moments of them spanking around on Instagram like Ben Simmons chucking one from space. Hey, they could’ve been out partying or pulling JPP’s around explosives, so to each their own. As long as we didn’t wake up to a bottom line featuring Ben Simmons and a rotator cuff injury (fingers are still crossed), chuck away.

And then there’s JoJo traveling the entire length of the court for a casual NBA 8-step-jam. Still have seen LeBron get away with worse. Still, that fade-away from 3 was WET.

So good on the Sixers for putting in some time on the 4th. Hard work + avoiding the ICU on a monthly basis = Dynasty.

The Sixers are getting dangerously close to carrying almost too much talent. And, yes, I also came dangerously close to punching myself in the dick to bring my mind back to reality after typing that statement. None of these guys have even really sniffed the court…but there’s so much hope.

Oh and bonus Bennie calling the Celtics poop on Fultz’s IG Live. Oh these kids and their social media. Hilarity! 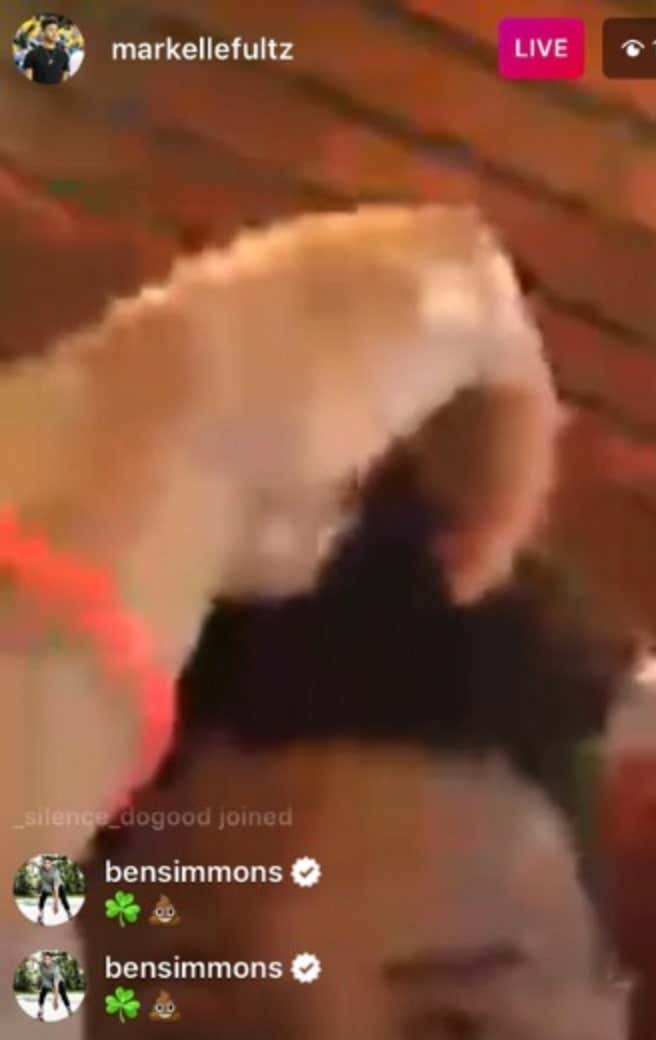 Now do me a favor and CUE IT THE FUCK UP.