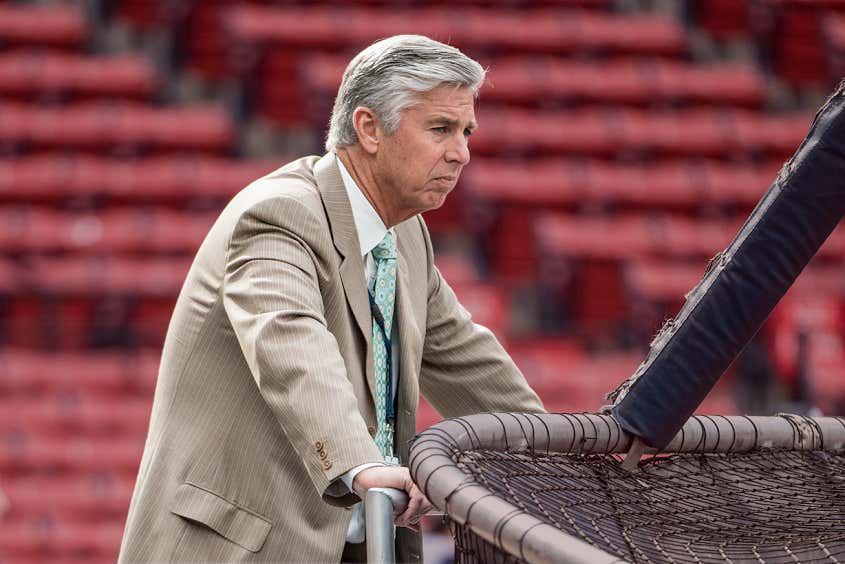 #NoDaysOff Section 10 Podcast Episode 104 is out here dropping on the Fourth of July and shit. We open the show with a rant about that asshole Mike Barnicle, who reported the passing of our friend Pete Frates, even though he’s still fighting like the toughest son of a bitch on the face of the earth at MGH. Keep fighting, Pete.

Then we get into the big story — Dave Dombrowski challenging Barstool Sports and the site’s credibility. We give the whole backstory on the Craig Kimbrel report, and John Farrell denying it, which then forced Dombrowski to have his manager’s back on a story that’s actually true. We explain how the story will eventually be confirmed by a more “credible” source and how stupid Farrell and Dombrowski are going to look when it does.

We then get into how the Red Sox have gained seven games in the standings over the last three weeks thanks to a decent run by a Boston and the Yankees shitting the bed. That leads to a discussion on first half MVPs not named Chris Sale or Craig Kimbrel, which creates a debate on how much Deven Marrero has actually meant to this team. Steve tries to give Marrero a horrible nickname, so we discuss how Steve needs to know his role and shut his jabroni ass up.

Then we get into David Price versus Dennis Eckersley. This story is constantly evolving in regards to the details that are slowly being leaked out piece by piece, but we debate who’s right and who’s wrong in this, what the repercussions might be for both parties, if it’s ever okay to confront a media member if you’re a player, and whether Price’s outbursts against media members is an indicator that he’ll indeed choose to opt out after 2018.

We finish up with how excited we are that the Red Sox traded a prospect to acquire International Amateur Signing Bonus Pool Space, or “Pool Space” as he prefers to be called. Short and sweet. Finally, a discussion on Hanley Ramirez, how he obviously knew that he wasn’t hitting well and was mocking reporters by playing dumb even though they actually think he’s dumb, and how the media has motivated Hanley to actually catch fire over the last week. All that, and more. Happy Fourth, everybody!