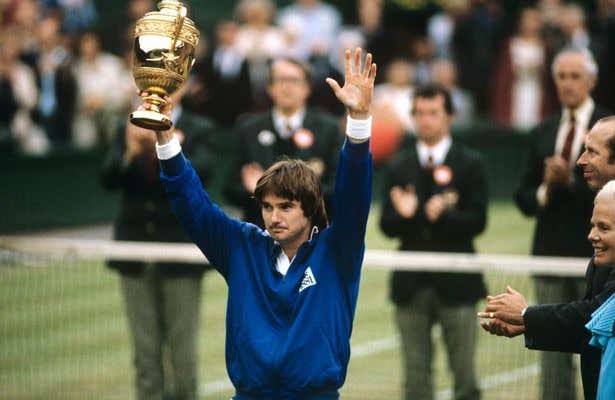 The two American stars were the hottest rivalry in tennis, playing 34 times on the tour, including 15 times in tournament finals. This was the first two meetings in a Wimbledon during a three-year stretch. John McEnroe, had the edge all-time in his meetings, with Jimmy Connors, holding a 20-14 record, including 8-7 in championship matches.

There was a letdown heading into the tournament at the All-England Club, as five-time champion Bjorn Borg was not in the tournament. Injured all season, Borg refused to take part in a qualifier, believing his 41-match winning streak that ended in the 1981 Finals against McEnroe allowed him to compete. As it turns out, Borg would retire a short time later, sighting that he was burnt out at the age of 26. This left the two American rivals alone as the top attraction on the men’s side of the draw.

Both stars had their detractors, with Jimmy Connors still being considered arrogant, and John McEnroe earning the nickname “The Brat” from the London Tabloids. The Brat though earned his number one spot in the rankings, as he won seven Grand Slam Titles, including three Wimbledon Titles in a four-year period with his loss to Connors in the 1982 Final as his only blemish. The 1982 Wimbledon Championship would be Connors final title in London as he lost a rematch with McEnroe two years later. Connors would win eight over Grand Slam Titles, including five U.S. Open Titles