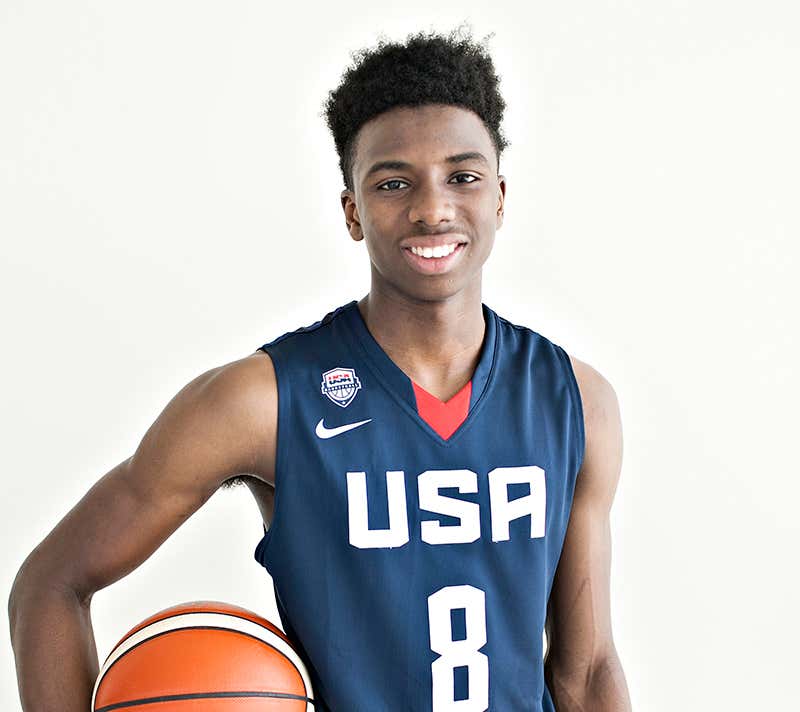 This was floating around yesterday during the USA’s second win in the FIBA U-19 World Cup in Egypt. Kentucky’s Hamidou Diallo showed off why he was a possible 1st round pick this year despite not playing one second of college basketball. He blocks a 3-pointer on one end before throwing down the windmill on the other end. Diallo finished the game with 15 points, 3 rebounds, 3 steals and 2 assists as USA won 109-68 over Angola to get to 2-0. They finish group play against Italy tomorrow at 10:30 before moving on to the knockout stage. The winner of the Italy/USA game will win the group as they are both 2-0. As I tweeted yesterday it’s pretty shocking to see him back in college as a team in the 20s likely would have taken him in the draft considering he’s expected to be a lottery pick next year. I expect to see plenty of these plays from him during the buy games next year. Check out the block/dunk here: