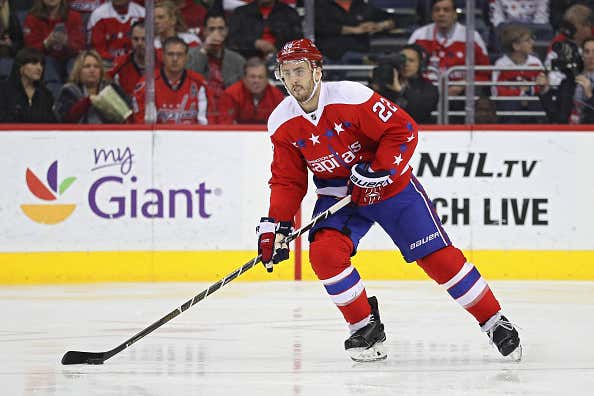 Happy Canada Day to all you goofy bastards up North. And Merry Christmas in July to hockey fans all across the world. NHL Free Agency opens up today (officially at noon) and if there’s one thing I know about Saturdays, it’s that they’re for the boys. Specifically the very good hockey boys who will be on the move today. I wrote the NHL Free Agency preview yesterday so you can check out who you should expect to see making that money. As for today, I’ll be in and out trying to update the blog as much as I can on a summer Saturday. Luckily for us, Bob McKenzie never sleeps and already has a shit ton of signings covered that are only a Herbie Hancock away from being official.

Again–until noon, none of these are official. But Bobby Margarita never tweets out bullshit so you can take these signings to the bank.

I said this yesterday but the Canucks were rumored to be in on pretty much every single UFA this summer. Which is good because I almost forgot they were in the NHL last season. Not sure if bringing Gagner and Del Zotto in are going to completely turn that organization around but adding Former Flyers to the roster has worked out for plenty of teams in the past.

No state income tax in Canada. Good for you, Steve.

We’ll see what the numbers are before we judge this signing.

Can’t wait to see the bright ass orange pads he wears in Philly. Brian Elliott has officially cured the Flyers’ goalie issues they’ve had since Pelle Lindberg. I’m sure he’ll be extremely consistent and only good, not bad.

as previously reported by Chief, who will be jizzing his pants for the next few months over this signing.

Ryan Miller to the Ducks would have been the most terrifying signing back in 2007. Now it’s just a reminder that Ryan Miller still plays professional ice hockey.

A few more “unofficial” signings coming in before free agency actually opens up at noon. Again, it’s a summer Saturday so just gonna be pretty quick with these and post the reports.

Those fucking cock suckers. Not that there’s anything wrong with sucking cock. You can suck all the cock you want. But we can now confirm the Florida Panthers do, indeed, suck cock.

Congrats to the Arizona Coyotes for winning the Adam Clendening Sweepstakes. We can all go home now. Free Agency is over. The Coyotes have won it all.

And there we go. One of the top names on the free agent market will be heading to the Garden. 4 years at $6.9 (nice) million AAV. It was only a matter of time before somebody overpaid for Shattenkirk and the Rangers were the lucky biters on that deal. $6.9M puts Shattenkirk in the same ballpark as Drew Doughty’s $7M AAV. Drew Doughty is a two-time Stanley Cup Champion who is regarded as one of the top defensemen in the league. Kevin Shattenkirk is an overrated doofus with a horrible head of hair. Good for the Blueshirts.

Update On The Shattenkirk Update:

Poor poor Kevin Weekes. Guy tries to swerve out of his lane and pretend he’s an insider one time and he gets burned on it. I’m sure Shattenkirk is still going to end up with the Rangers but as of right now, there’s nothing. Pour one out for Weekesy.

Kevin Durant (bitch ass basketball player) plays for OKC, loses to the Warriors in the playoffs, then runs to join the Warriors the next season.

Nick Bonino (honorable and classy hockey player) plays for the Penguins, beats the Predators in the Stanley Cup Final, goes to Nashville the next season to help them get over the hump. And people wonder why hockey is so much better than basketball.